Yellowstone and Sons of Anarchy have a few fundamental similarities, including rebellious characters and ruthless scheming. However, they are otherwise very different shows set in opposite parts of the country. Nevertheless, one viral video on TikTok claims that the two are too similar.

TikTok user Lydia Kyle (@ranchwife) posted a video on Oct. 3, claiming that she would no longer watch Yellowstone because it is overly similar to Sons of Anarchy. In her opinion, the similarities between the two shows became more pronounced in Season 3 and accused Yellowstone of being “ripoff with no depth.”

Can you see it now?

Then Kyle observed that Yellowstone co-creator Taylor Sheridan used to work on Sons of Anarchy. This is accurate, as Sheridan played Deputy Chief David Hale in 20 episodes of SOA. (Kyle may have mentioned that Sheridan could also have worked on SOA as a collaborator or producer, but this is not so. He was only present on the show as an actor.) 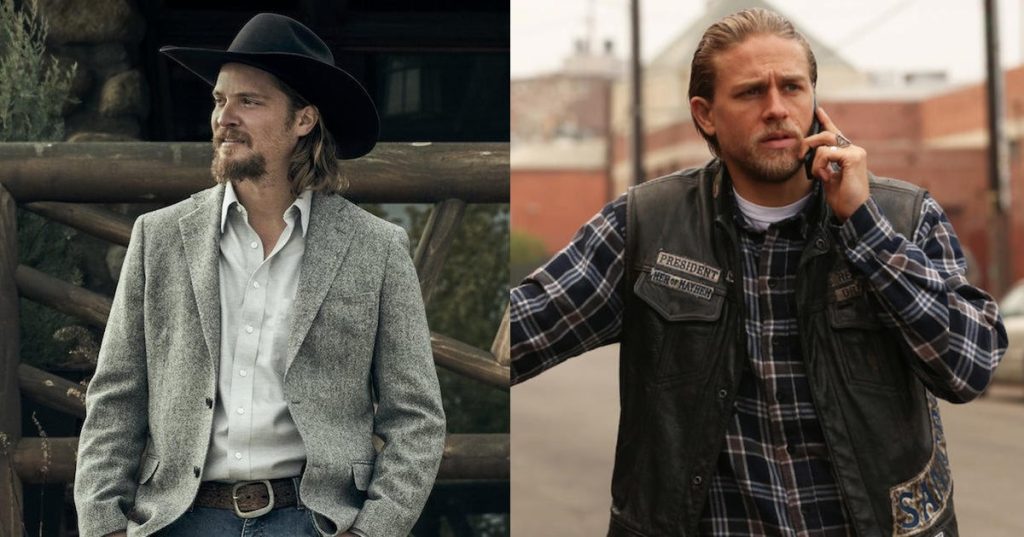 “There’s nothing new under the sun. I get that, but at this point, it’s just… it’s literally the exact same thing,” Kyle said. “But it’s with horses instead of motorcycles.” Kyle then went through several Yellowstone characters, comparing them to “counterparts” on Sons of Anarchy. “They’re literally the exact same characters,” she said. “I would still be watching if it had depth, but at this point, there’s no depth.”

Kyle also called Season 4 “such a disappointment” because it lacked depth. She cited the adoption of Tate Dutton (Brecken Merrill) as an example of a story that was similar toevent in Sons of Anarchy. In the earlier show, Abel Teller, the son Charlie Hunnam and Wendy Cayes (Dea de Matteo) was abducted in Season 3.

Kyle’s most recent TikTok video has already amassed over 2 million views, which is significantly more than her other videos have gotten. The comments section is flooded with differing opinions. “I said the same thing after the first season!! ‘so we are copying SOA now??'” one person wrote. “Right, and it makes sense because Taylor obviously worked on, and acted in SoA,” another person wrote.

The fact that both shows are making literary references was pointed out by others, and it was mentioned that older shows had similar story lines. “Does anyone want to tell her that Sons is just Shakespeare’s Hamlet?” one person wrote. “Wait until you realize it’s actually just like Dallas with the characters’ sexes changed up a bit,” another said. “I’ve watched both and also realized the similarities right away, that’s actually why I love it,” commented another fan of the show.

Yellowstone Season 5 premiered on Sunday, Nov. 13 at 8 p.m. ET on Paramount Network; The first four seasons are available to stream anytime via Peacock, and the prequel series 1883 is available now on Paramount+.