Last week, Cora Jade and Roxanne Perea learned they’d be facing each other in a Pick Your Poison match on NXT. Each women would get to select their opponent from the Raw or SmackDown rosters. Perez went to SmackDown and chose Raquel Rodriguez toface Jade, while Jade headedto Raw to choose Rhea Ripleyto facePerez.Tonight’s show started with Perez and Ripley, but Riply had an unlikely ally–the entire Judgement Day faction arrived just in time for backup! 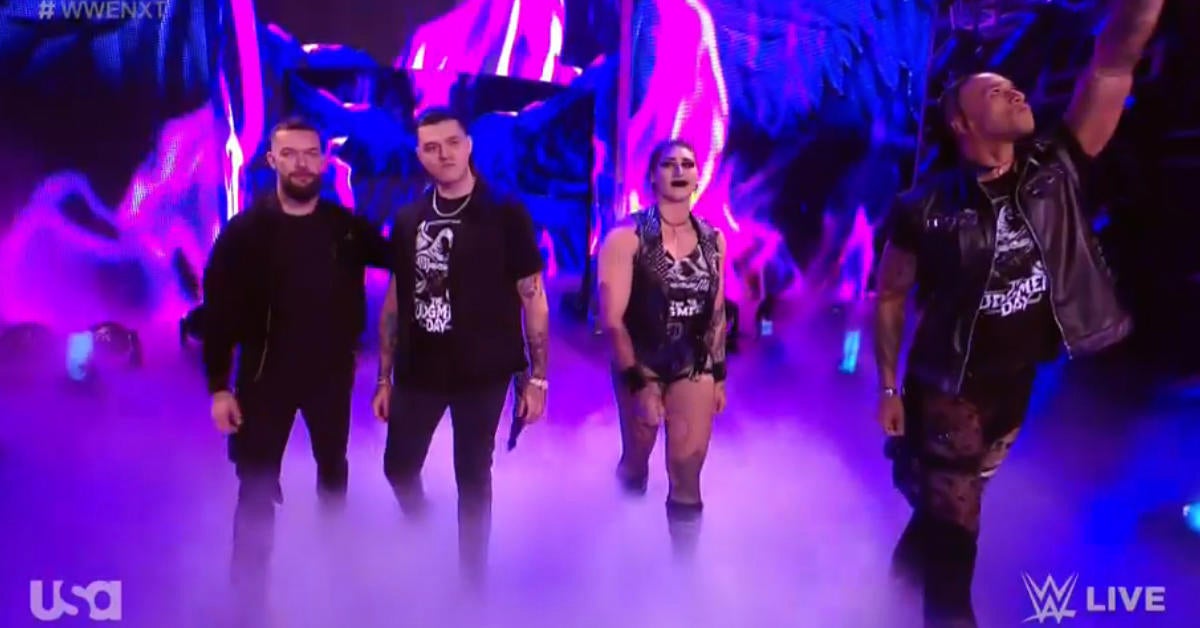 Immediately, it was clear that Ripley had the advantage in the match. The fans were strongly supporting her because she is widely loved in NXT. They chanted “Ripley’s going to kill you” as she dominated Perez and showed evidence of her brute strength and power.

Perez fought back, employing offensive techniques and some creative moves that put Ripley on her heels. For example, she used a roll-up and slide under the bottom rope that led to a forearm to the face.

Perez kept fighting back against Ripley, even after being slammed face-first into the mat.