It’s no secret that Walker Stalker Con London is a success. Only by seeing that it has sold out for 2 years in a row means that it’s doing well! Let’s not forget about a certain someone being there on this special weekend (and we all know who we’re talking about here). Let’s see the highlights of this weekend! 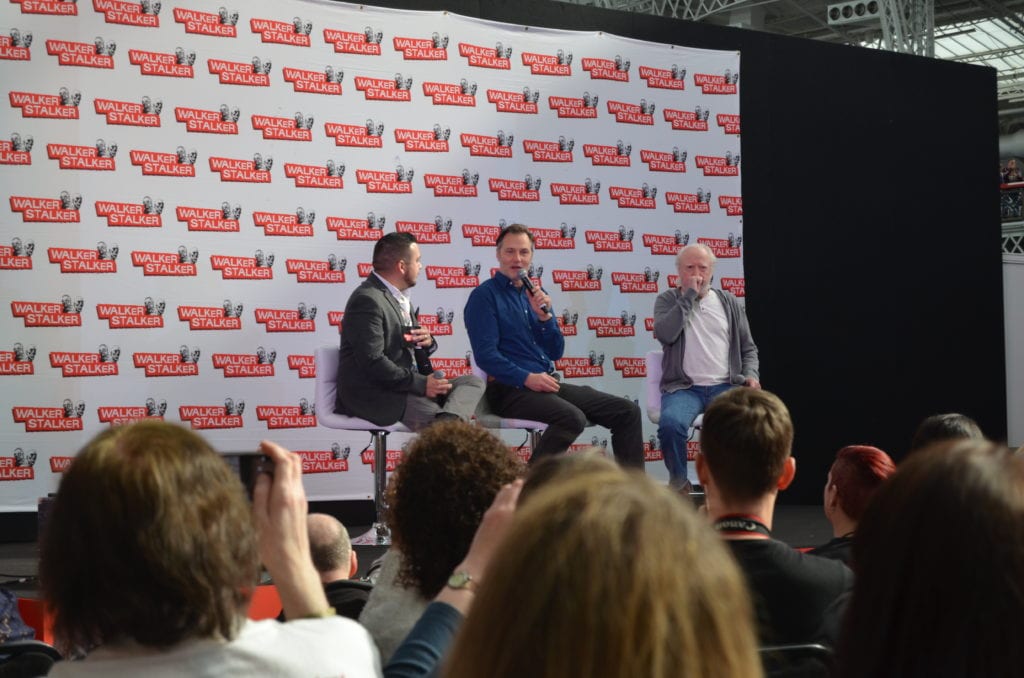 From a personal perspective, this was one of my favorite panels I’ve been too! Especially because it was my first in a very long time. Panels are a great way of getting a view of how the actors started preparing for their roles. Like Scott Wilson and David Morrissey. Apparently they both came to the shows as fans. They both had some preparing to do before they came to the show, but they have done it very well, don’t you  think?

They both didn’t read the comics at first. Scott Wilson even said he saw the first season of the show and he knew he wanted to be a part of it. We’re glad he did!

David Morrissey also didn’t read the comics. He did read Jay Bonansinga’s books (if you haven’t, please check those books out, they’re REALLY worth it) and got a lot out of that.

Oh, man, did we see some amazing cosplays this weekend. Not only the Walkers were awesome, there were a few that were just TOO awesome. We would like to share what we saw this weekend. Take a look at the pictures below! 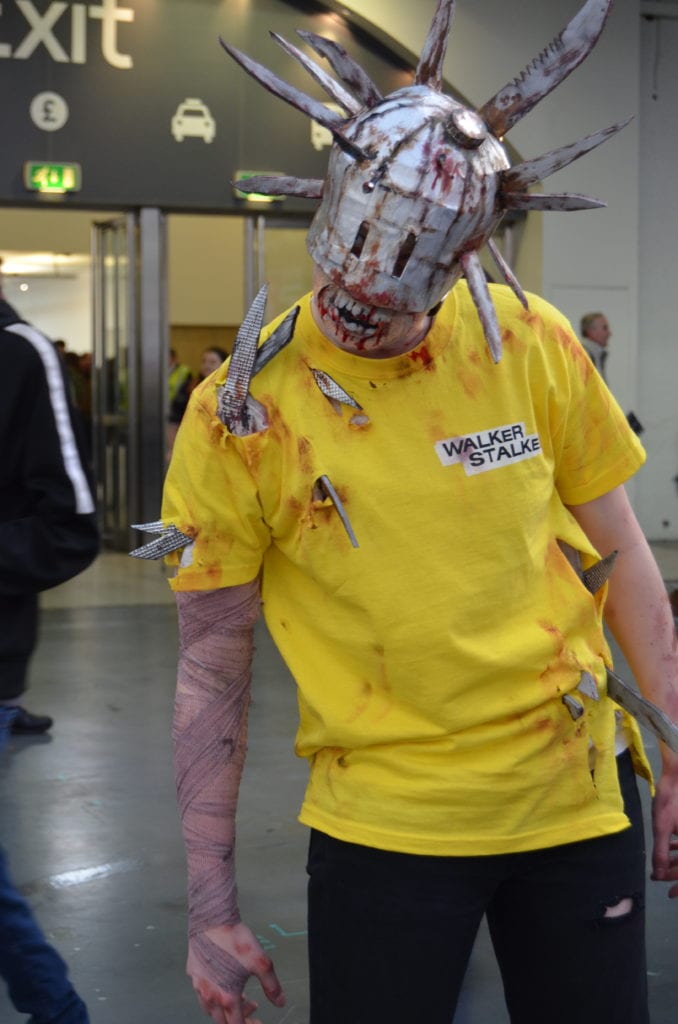 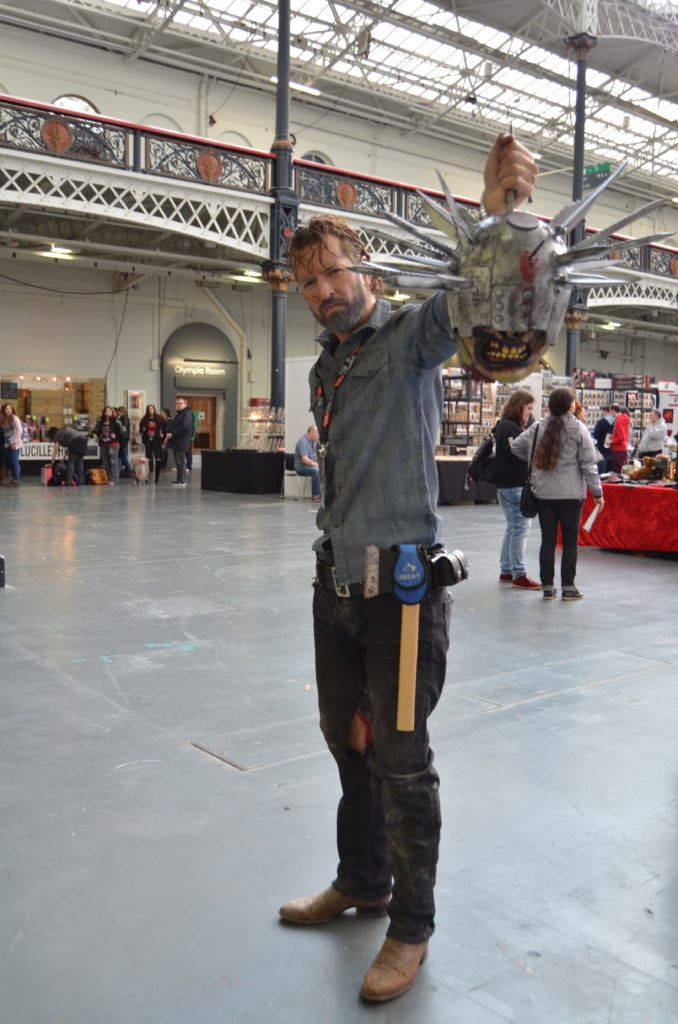 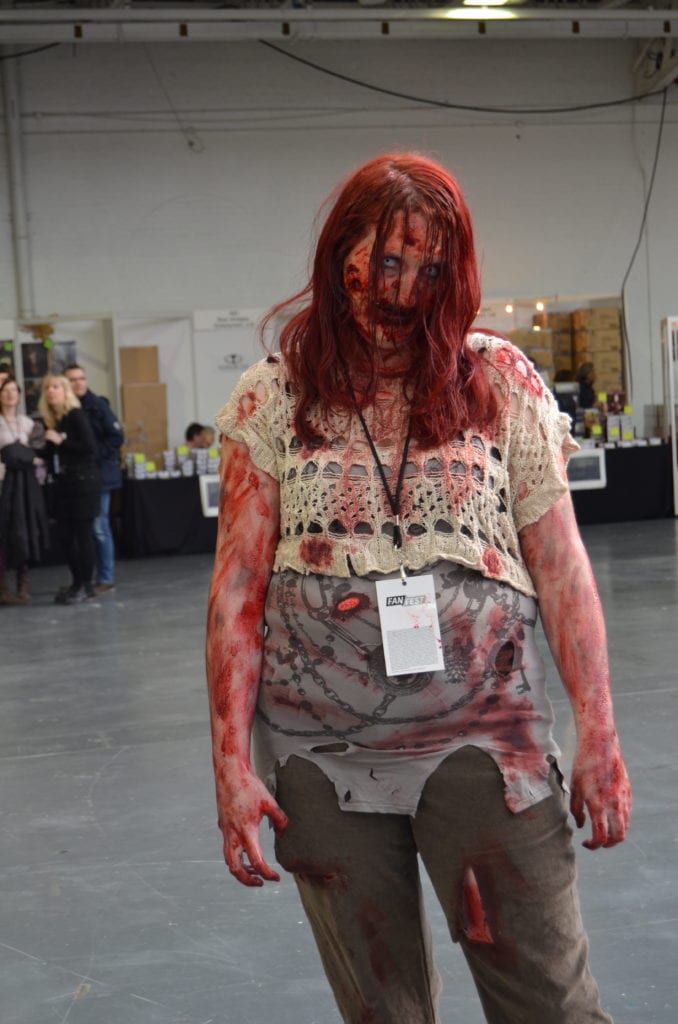 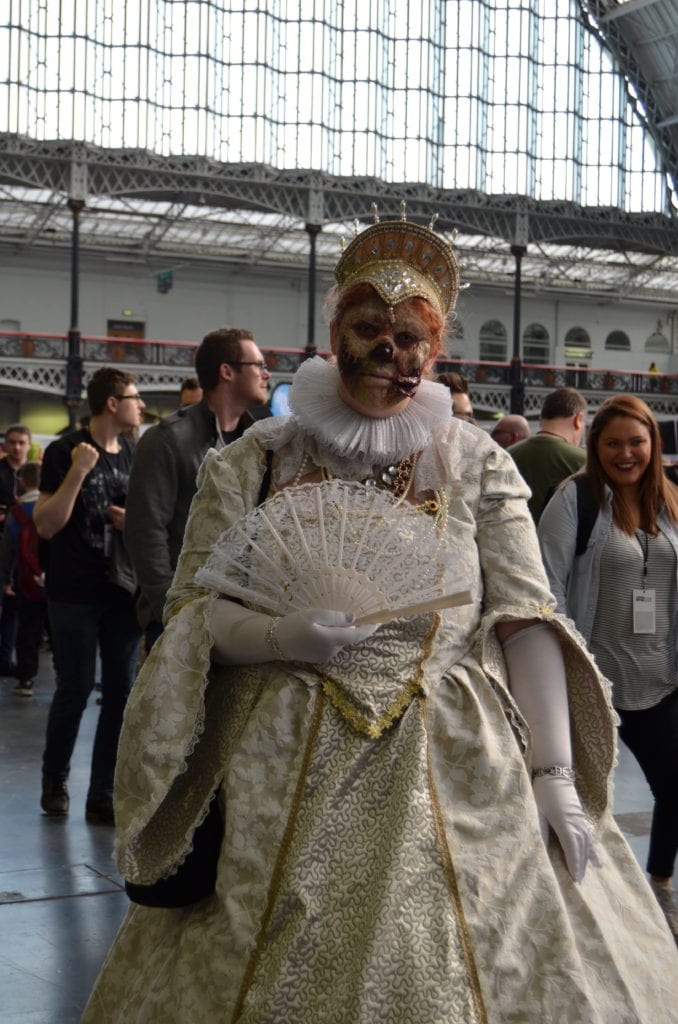 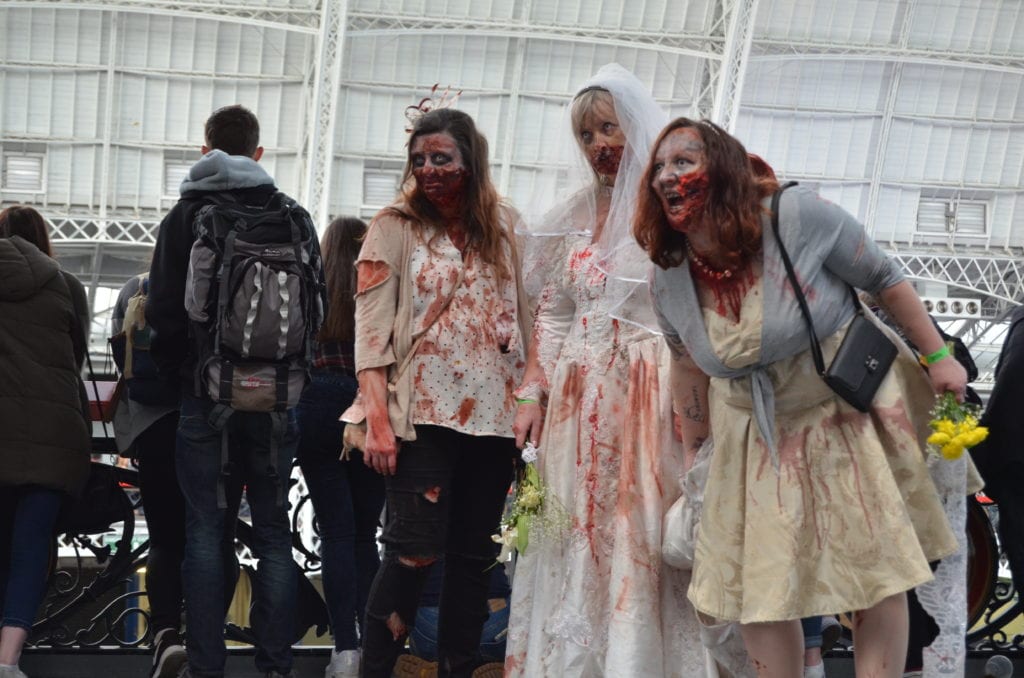 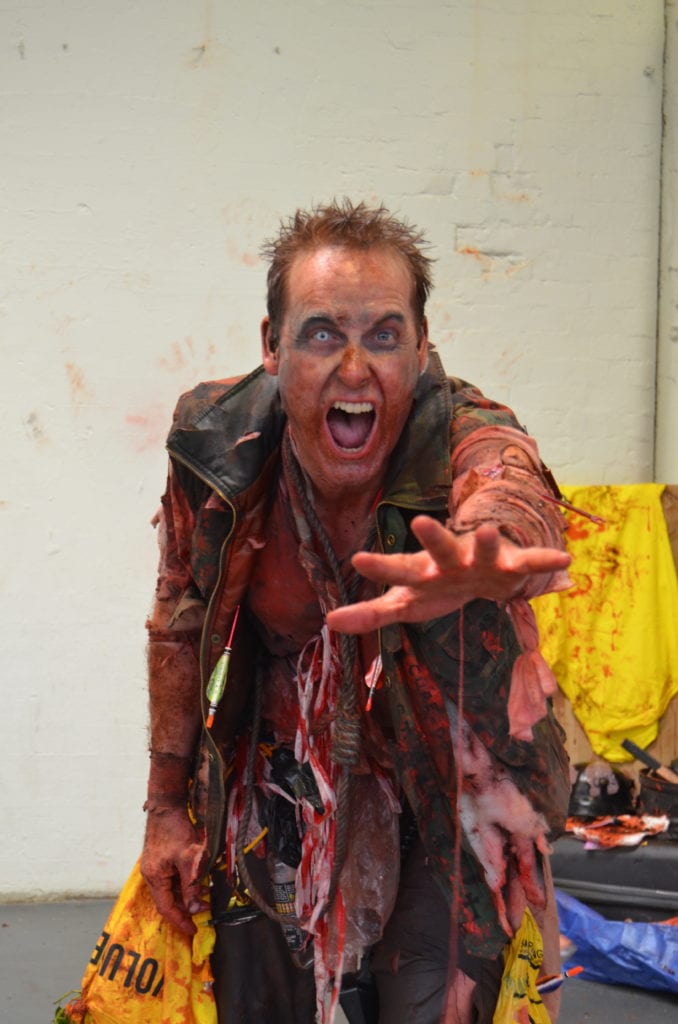 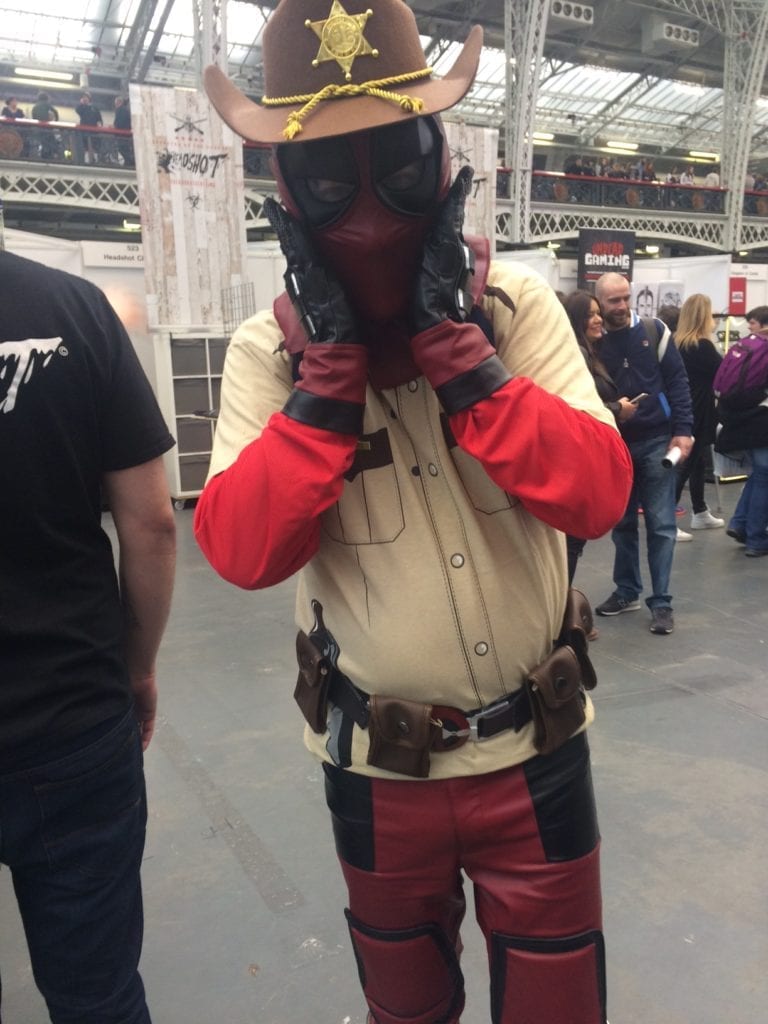 Rickpool was ready to slay some Walkers away! If you know who this is, tell us on out social media pages, so that we can tag his name in! UPDATE: We know his name people! His name is Jason Sewell and you can follow him on @DjxTheGame99! 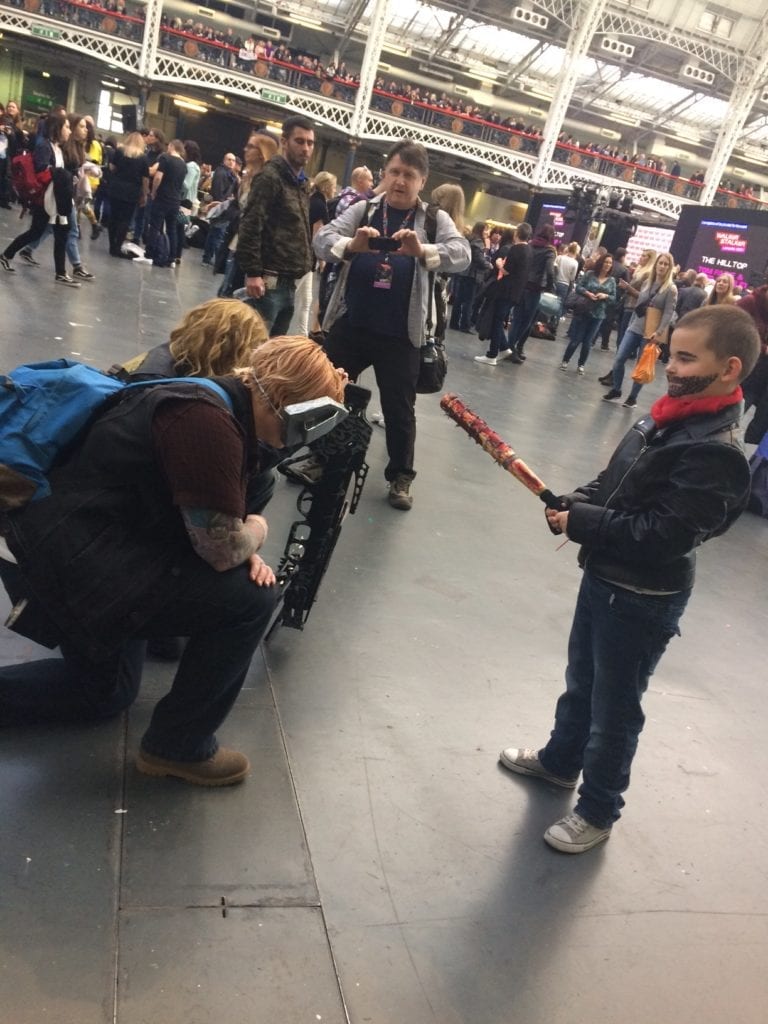 Keel before Negan! We secretly melted with this picture, that is one tiny and cute Negan. 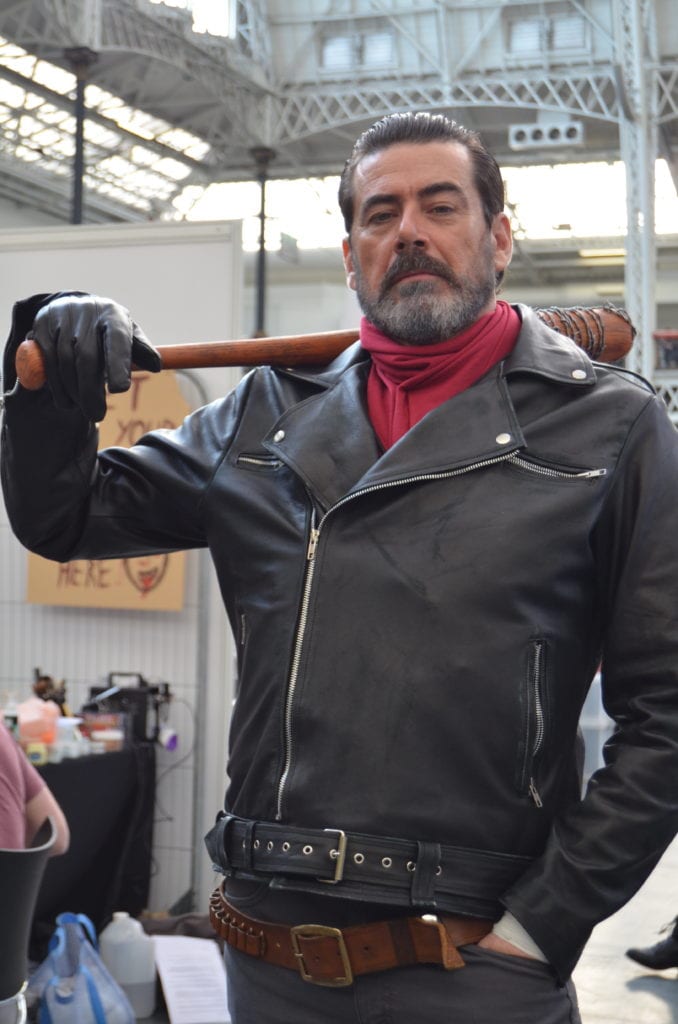 Another Negan, was in the house people! This awesome cosplayer is Doug and you can follow him on his Facebook page! Don’t you agree he looks exactly like him? He also worked in the Zombie Experience.

This brings us to the next point of this awesome weekend. The Zombie Experience. I’m not going to give away much, because it’s not fair to give it away. But if you ever are able to try this, then please do. They did an awesome job this year and we loved every second of it! It was sarcastic, fun and so thrilling. You could feel your skin crawling but you could not deny the smile on your face.

And that counts for the whole Walker Stalker weekend!

We’ve got a little announcement to make later. Make sure you check our social media pages, because we feel a little contest coming on!