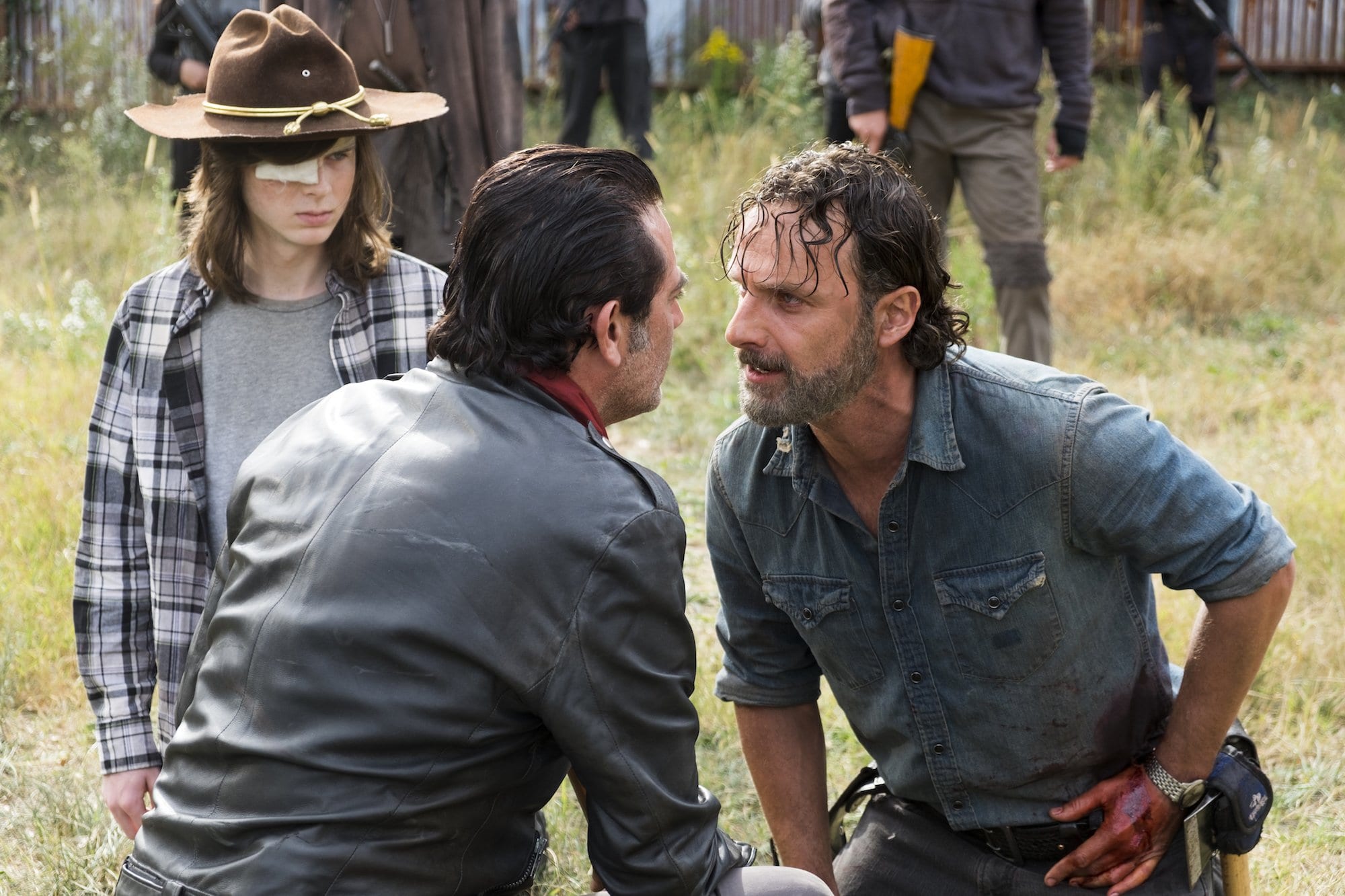 Another writers strike could soon be occurring, delaying many shows scheduled to air this Fall, including The Walking Dead itself.

While Season 8 of The Walking Dead is already underway, the show would be forced to halt production should the writers strike occur. If the strike lasts as long as the first one back in 2007, that means that for the first time since the show’s premiere, there will be no trailer to debut at this year’s San Diego Comic Con and possibly even New York Comic Con!

Unfortunately, we the people are powerless to do anything about it, except hope for the best and wish the writers, cast, and crew of The Walking Dead a smooth season production.