By changing his Twitter avatar to a picture of his character from Thor: Love and Thunder, Russell Crowe is hyping up his latest film. This time around, Crowe will play Zeus, king of the Greek gods, in Man of Steel 2 and Kraven the Hunter next year. 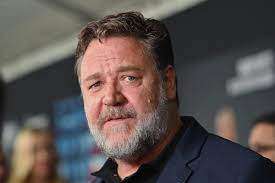 After seeing the above photo, many people have been clamoring for confirmation that Chris Hemsworth’s behind be blurred in the film, with some going so far as to say they’d go to the theaters for this very particular MCU reveal. Having chosen to utilize it as his profile picture to remind audiences of his power at his fingertips.

The Marvel Cinematic Universe has previously touched on Norse mythology through Thor and his realm of Asgard, but it has recently been extending into other ancient civilizations’ beliefs as well, most notably with Moon Knight and its Egyptian gods. Now that Gorr the God Butcher is rampaging across Earth, it appears that no all-powerful beings are safe; the Odinson appealing to fellow cosmic beings of power for aid. The electrical deities are engaged in a duel. He is opposed by his counterpart, Zeus, the god of thunder and lightning (perhaps a competition will ensue). It appears that Crowe has adopted a Mediterranean accent for the part, which Greek fans will certainly be listening for accuracy (as a fellow Mediterranean, I shall as well be paying attention).

Fans will be able to see more of Crowe when Thor: Love and Thunder debuts in movie theaters on July 8.

Home » Movies » With A ‘Thor: Love and Thunder’ Profile Pic, Russell Crowe Gets Into the Spirit