When Nathan Scott was first introduced on The CW’s One Tree Hill, it was easy to hate him. His malice towards Lucas and arrogant attitude towards everything was tough to watch. However, as the series progressed, it was hard not to fall in love with the once-bad boy as he struggled to find a relationship with his half-brother, his father, and his love for the game. Luckily, he had Haley there by his side or he probably wouldn’t be the dreamboat he is today.

For nine seasons, Nathan was played by the talented and extremely hunky James Lafferty who is turning 34 today! Since his days on One Tree Hill, Lafferty stayed busy directing a few episodes of The Royals on E! and starring on other series such as Crisis, The Haunting of Hill House, and Underground. Most recently, he teamed up with fellow Tree Hill alum Stephen Coletti to write, direct and star in a new series called Everyone is Doing Great. 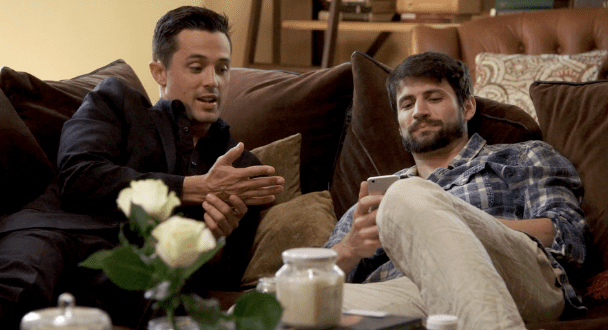 Now, One Tree Hill was known for a lot of things, but its music and its writing were top-notch. So, in honor of James’s birthday, let’s take a look back at some of our favorite Nathan Scott quotes that we definitely had as our AIM away message at some point!

“You know it’s been said that we just don’t recognize the significant moments of our lives while they’re happening. We grow complacent with ideas, or things, or people and we take them for granted and it’s usually not until that thing is about to be taken away from you that you’ve realized how wrong you’ve been, that you realized how much you love it.
God, I love this game.”

Every once in a while, people step up. They rise above themselves. Sometimes they surprise you. And sometimes they fall short. Life is funny sometimes. It can push pretty hard. But if you look close enough, you find hope in the words of children, in the bars of a song and in the eyes of someone you love. And if you’re lucky, I mean if you’re the luckiest person on this entire planet, the person you love decides to love you back.

You have one chance, one life, and what you do with it is up to you.

Stepping up. It’s a simple concept. It basically means to rise above yourself; to do a little more to show you something special. Life’s funny sometimes; can push pretty hard.

You know what? Tragedies happen. What are you gonna do? Give up? Quit? No. I realize now that when your heart breaks, you gotta fight like hell to make sure you’re still alive. Because you are. And that pain you feel? That’s life. The confusion and fear, that’s there to remind you that somewhere out there is something better. And that something is worth fighting for.

People say hell is endless. They say it’s our worst nightmare, the face of our darkness. But whatever it is, however it is, I say hell is empty and all the devils are here.

It’s hard missing someone, but if you miss someone that means you’re lucky; it means you had someone special in your life, someone worth missing.

Believe that dreams come true every day. Because they do.