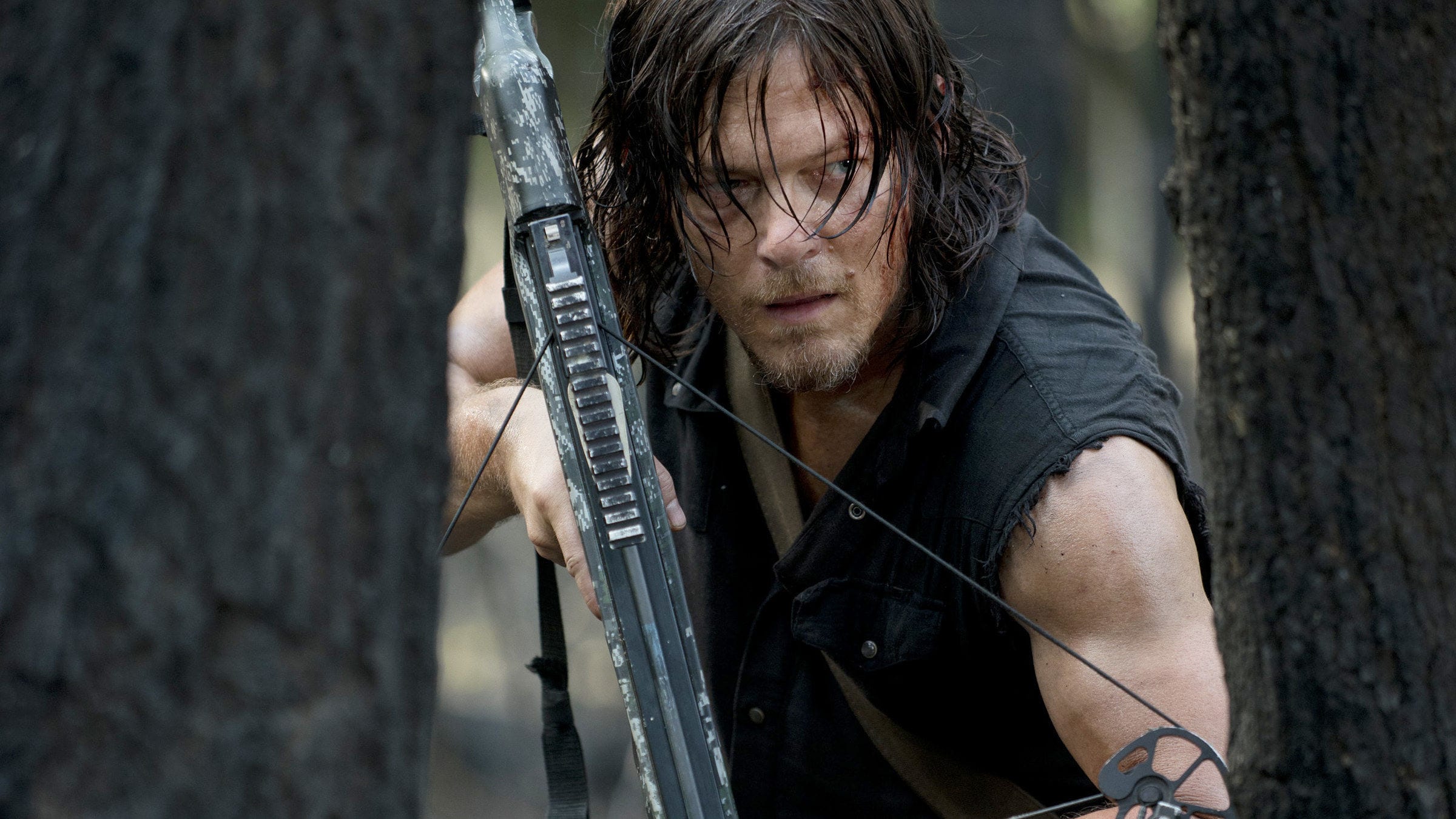 With season 7 of The Walking Dead fast approaching, the only question on everyone’s minds is ‘Who Did Negan Kill At the End of Season 6?’

Now that a sneak peek of Season 7 has been released – featuring Dwight (Austin Amelio) wearing Daryl’s (Norman Reedus) vest – many fans are speculating that he is the one who will be introduced to Lucille, however, we don’t think that’s true.

Dwight might have Daryl’s vest, bike, and crossbow, but it’s highly doubtful that he would give Daryl such a quick death. Not after he killed his men. No, he would want him to suffer – the same way he wants Rick to suffer, hence “Eeeny Meeny Miny Moe.” Rumor has it that Negan could take Daryl hostage and try to recruit him to join The Saviors; a highly more likely scenario than death. If that’s the case, then Dwight shooting him in the shoulder was most likely his way of trying to “save” him from Lucille. He does look rather reluctant while shooting him.

Another dead (no pun intended) giveaway that Negan most likely did not kill Daryl is a recent photo Norman posted to his Instagram of him and Jeffrey Dean Morgan by a river – a new filming location confirmed as part of Season 7.

So, who did Negan kill then? Let’s first examine Norman’s behind-the-scenes photo and then make our guesses. At first glance, it’s a playful photo of Norman and Andrew Lincoln, but if you look closely, you can see blood on Andy’s face, which was not there during the finale. Also, it’s located on the right side of his face, indicating that Negan killed somebody on that side.

The camera angle during the last scene seems to confirm that as well. Look at the direction that Negan is walking towards. It seems that his body and right arm is shifting to the right.

That leaves two candidates then: Glenn and Michonne. Of course, everybody believes it’s Glenn due to the fact that he does meet his end in the comics. Also, Steven Yeun was cast in a new film, Okja, a couple of weeks before the season began filming, which is not a good sign. If is it indeed Yeun that gets killed off, why would the writers fake his death at the in episode three of season 6 (aka Glenngate) only to kill him in the premiere? That leaves Michonne. Showrunner Scott Gimple did promise us “a hard goodbye in the beginning,” and what death could be more shocking or difficult than Michonne’s? Rick’s love life doesn’t have the best history (RIP Lori and Jesse), but more importantly, it was announced during San Diego Comic Con that Danai Gurira was cast in Marvel’s Black Panther, which is a huge deal and would require a lot of commitment. Don’t forget the focus of Michonne’s hair on that walker either. Foreshadowing?

We hope it’s neither of the two, however, it’s certain that we need to start or continue to prepare ourselves to say goodbye to a beloved character. *CRIES*