Well, after seven seasons the most anticipated meeting on Game of Thrones finally happened – the one between Jon Snow and Daenerys Targaryen.

In last week’s episode, “Stormborn” we saw the plans of their first meeting being put into motion.

And this week, we finally saw these two in the same room and it was just as epic as anyone could have imagined.

It’s safe to say that fans were not chill.

Come 9pm, I don't need any fillers of Littlefinger gawking at Sansa. I need Jon and Daenerys stat! #GameOfThrones

The reason being that fans have long believed Jon and Dany are actually the ice and fire from A Song of Ice and Fire and that either one of them or possibly even both could be the prince or princess that was promised. 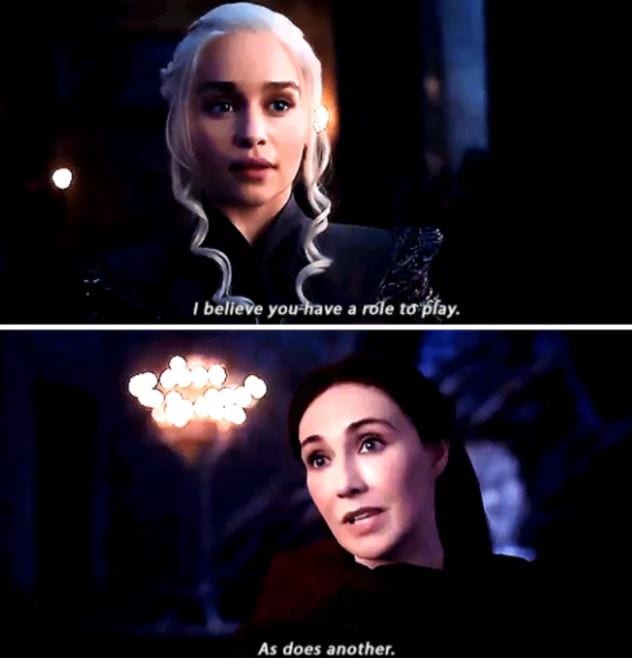 And you have to admit, the parallels are all there.

Let’s dig into this more.

With Jon Snow being a bastard and Dany being a girl they both were somewhat cast aside when compared to other members of their families (aka the underdogs). They each eventually went off on their own, only to gain the loyalty and respect of those around them and found themselves in leadership positions anyways. Not to mention both of their mothers died while giving birth to them.

Story-wise, from the core characters, the two have been more heavily involved with the supernatural and magical elements of the show such as Dany’s dragons and Jon’s encounters with the White Walkers. They’ve also both been “reborn”, with Dany coming out of the fire in Season 1 and Jon being resurrected in Season 6.

We also can’t forget the fact that Jon is most likely a Targaryen.

In the season six finale we saw Lyanna Stark die after giving birth, but not before asking Ned to protect someone from Robert Baratheon.

Then the screen cut to a baby Jon Snow.

While this definitely settles the fact that Jon Snow is, in fact, a Stark, it doesn’t explicitly say that Rhaegar Targaryen is his father. However, it is basically canon that he is and since Bran saw the whole thing, they will probably be saving that reveal for their reunion.

There was even a mention of Rhaegar this week, which revealed another parallel in that the two have both lost two brothers. 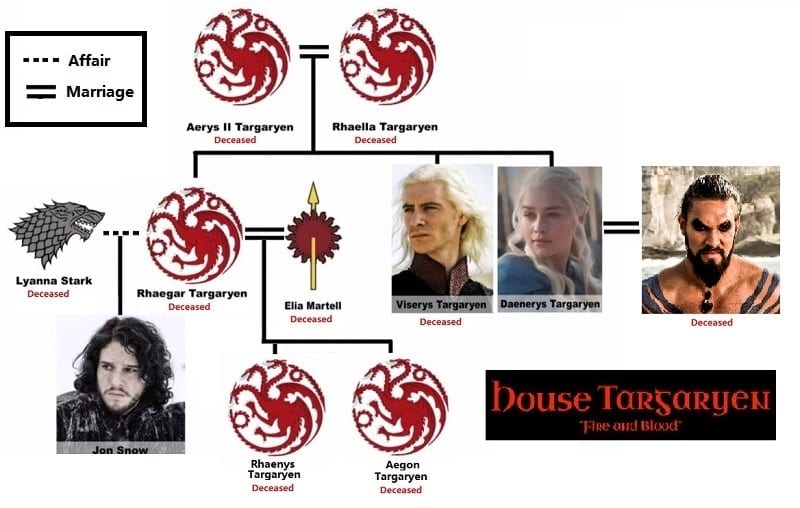 One of the points that make this reveal so monumental is that if by some chance Jon was legitimized by Rhaegar before his death then he would have a better claim to the Iron Throne than Dany, who has been pursuing that her entire journey on the show.

The duo seems to be on track to becoming allies as the impending threats (the White Walkers and Cersei) are far greater than who will sit on the Iron Throne at the moment.

But, people still have a lot of theories as to what lies ahead for Jon and Dany. Including marriage…

Or them becoming enemies once Dany discovers the truth about her claim to the Iron Throne. 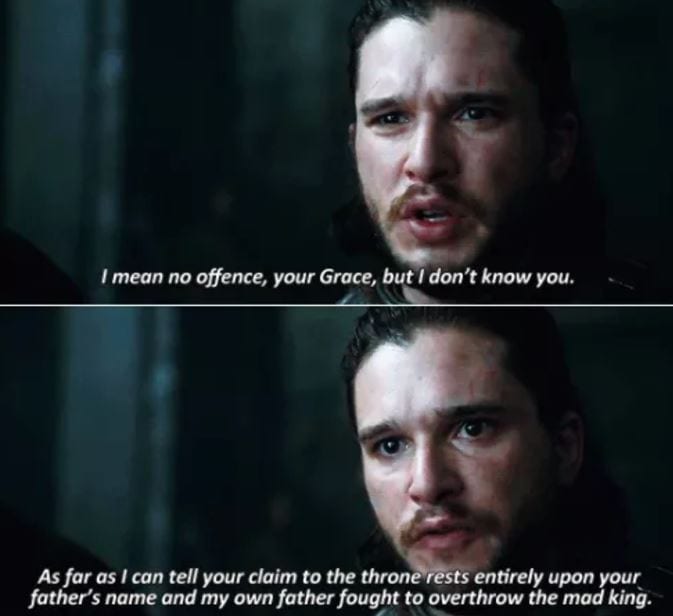 Either way, there’s a lot left in store for these two and one thing that’s for sure? It’s going to be a wild ride.