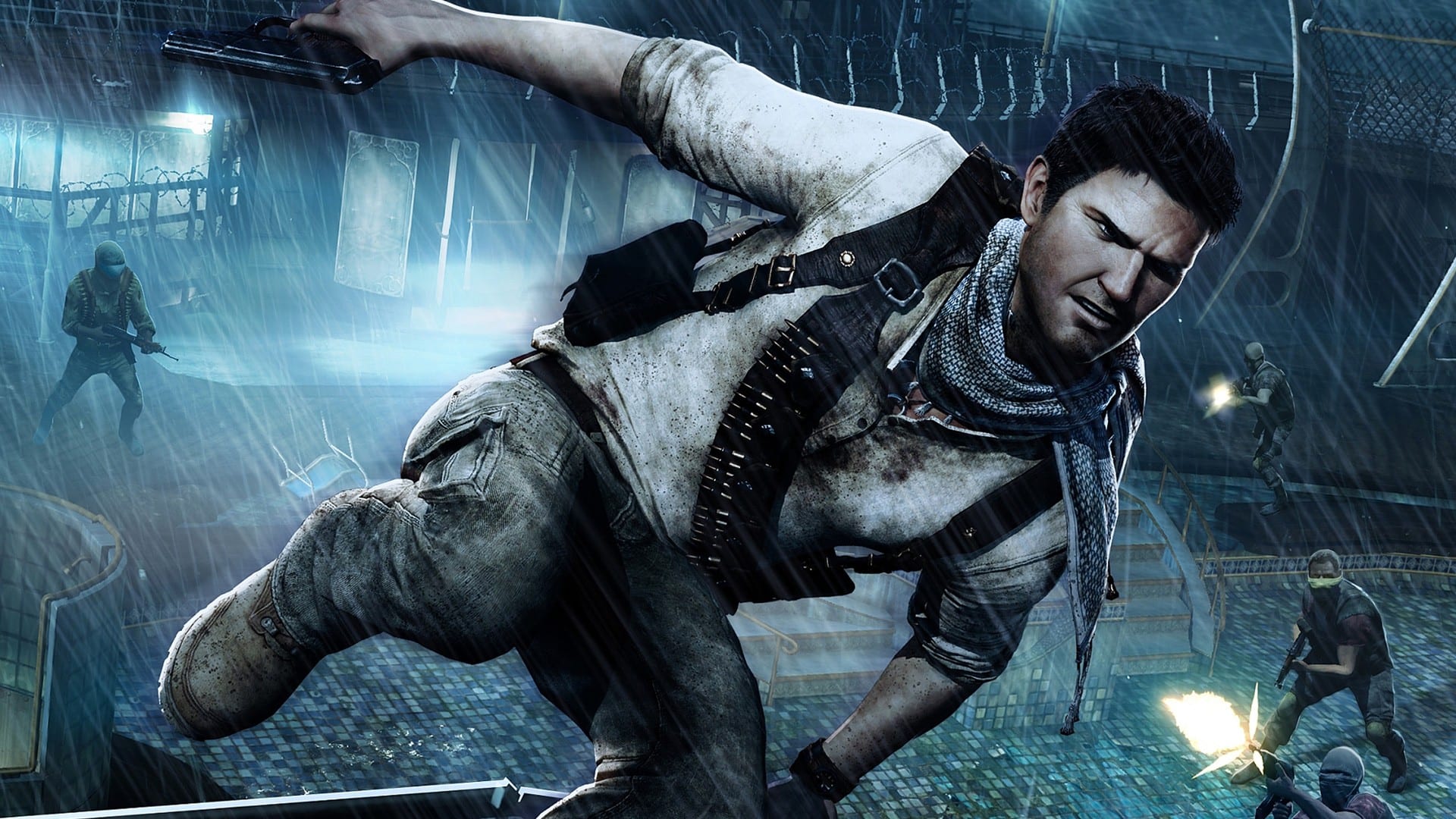 Now that Tom Holland is set to play young Nathan Drake in the Uncharted film adaptation, we at FanFest want to know: Who would be the best man to play the adult version of him?

Voice actor Nolan North – who voices Drake in the game franchise – shared his thoughts about who would be best suited for the job if a film adaptation was ever made. His first candidate? None other than Guardians of the Galaxy’s Chris Pratt. “I thought Chris Pratt would do it justice, but guess what he did it already in Guardians of the Galaxy – that’s a Nathan Drake character,” North told The Daily Star last summer. “He’s vulnerable, he’s kinda funny, he’s kinda that hero with a smirk, cocky and confident. That scene where he says, “I’m Star-Lord”, that’s such a Nathan Drake moment.” In fact, Sony made Pratt an offer, but he reportedly passed, according to The Hollywood Reporter.

Back in 2010, it was rumored that Mark Wahlberg would star but THR reported that he had moved on – for reasons unknown. The most popular choice to play Nathan Drake, however, is Agents of S.H.I.E.L.D.’s Brett Dalton, who North agreed would be “perfect” for the role. Fans of Dalton not only created the hashtag #BrettForNate, they also created a petition urging Sony Pictures to cast him. Aside from Tom Holland, the only other person attached to the Uncharted film is Mark Boal, who will pen the script. Boal – who wrote The Hurt Locker – signed on in 2014.

Of the three, who would make the best Nathan Drake: Chris Pratt, Mark Wahlberg, or Brett Dalton? Have someone else in mind? Leave us your comments at FanFest News on Twitter, Facebook, or Instagram!

Home » Movies » Who Should Play Nathan Drake in the ‘Uncharted’ Film Adaptation?