Disney+’s The Mandalorian is garnering rave reviews from critics and Star Wars fans, so that’s got us really excited about the upcoming Kenobi series. With the forthcoming final installment of Star Wars, The Rise of Skywalker, fans are devouring all the Star Wars content they can get.  There will have been three triologies in the Star Wars saga, two solo films, several cartoons, but where will the Kenobi show fall in these timelines?

All we need to do is return back to that beautiful graphic that was displayed at D23 this past summer to find out! 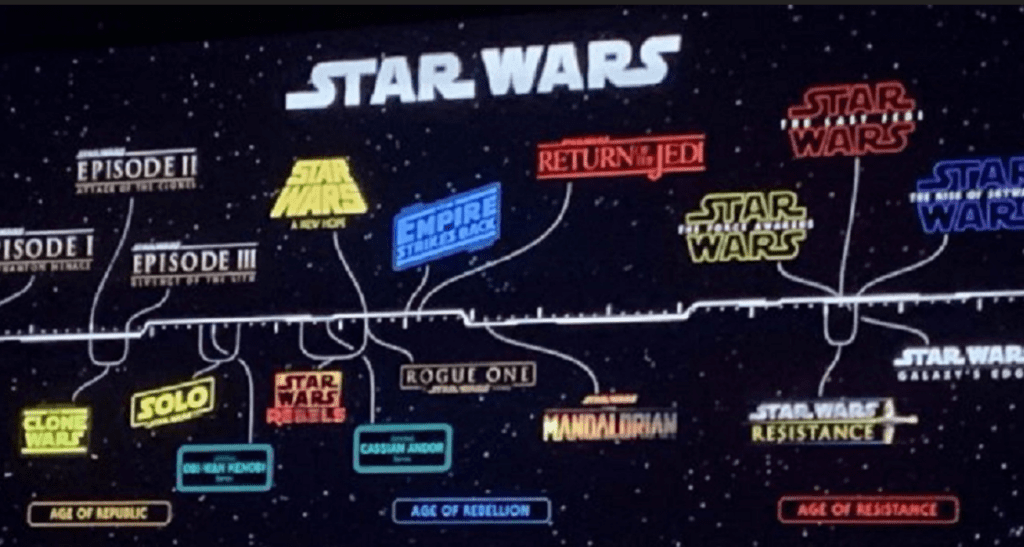 Kenobi will be set in the period eight years after Revenge of the Sith. This period is within the timeline of the Han Solo feature, Solo, and well in advance of A New Hope.  This could open the door to some awesome cameos, including Donald Glover (Lando Calrissian), Ray Park (Darth Maul), and Alden Ehrenreich (Han Solo).

Production is slated to being in 2020 and with the level of quality storytelling coming from The Mandalorian, we think it’s safe to assume that everyone’s excited for more Star Wars Disney+ originals from Lucasfilm.