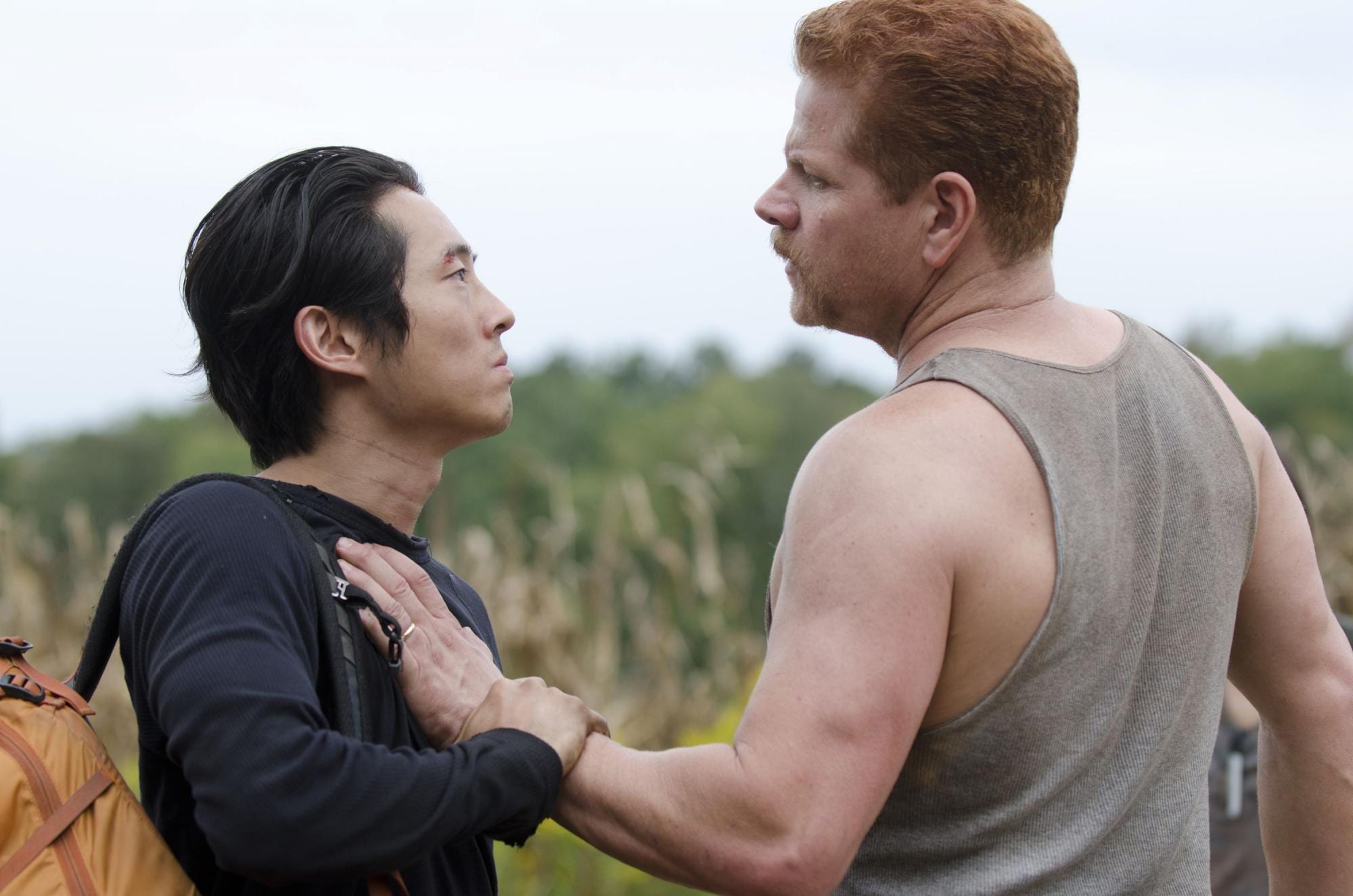 It’s been nearly a week since the brutal season premiere of The Walking Dead and we’re still trying to process the fact that Steven Yeun and Michael Cudlitz will no longer be a part of the show. But fret not, because these two gentlemen’s careers are moving on to equally bigger things.

Steven’s next project is the film Okja – which we first reported back in April – from Snowpiercer director Bong Joon-ho, about a girl who befriends a genetically manufactured pig of the same name. Starring Tilda Swinton, Jake Gyllenhaal, and Paul Dano, the film is set to stream on Netflix, with the release date to be determined. He also has a voice role in Netflix and Dreamworks’s animated series Trollhunters which will stream on December 23rd and is currently in postproduction on another animated series from Image Comics, Chew, about a “cibopath” detective named Tony Chu, who gets psychic impressions from whatever he eats. Co-starring Felicia Day, Chew is set in a world where bird meats are illegal after bird flu killed millions of Americans. Yeun will later star in the indie action thriller Mayhem, from the production banner behind The Walking Dead, Circle of Confusion, as attorney Derek Saunders, who is framed by a co-worker and fired on the same day that a virus capable of making people act out their wildest impulses infects the office. Trapped in the quarantined building, Saunders is forced to fight for both his job and his life. No release dates for Chew or Mayhem have been set as of yet either.

Meanwhile, Michael is set to have a recurring role on the HBO series Ballers, starring Dwayne “The Rock” Johnson. He also has a top-secret project in the works, with a formal announcement expected to come soon.

Correction: Michael has tweeted that his recurring role on Ballers occurred during the first season.

Home » Fandom » What’s Next For ‘The Walking Dead’s’ Steven Yeun and Michael Cudlitz?