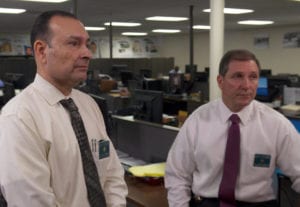 After my first article about the new leads in the mysterious death of Natalie Wood, I have become intrigued by the nearly 4-decade old mystery. On February 3rd CBS’s ’48 Hours’ did a special ‘Natalie Wood: Death in Dark Water‘ in which they explored the events surrounding Natalie Wood’s death and the role Robert Wagner “may” have played in it.
As I mentioned in my first article that Natalie Wood’s was found dead from what everyone assumed was an accidental drowning on November 29, 1981. Wood’s was on a Thanksgiving weekend sailing trip with her husband actor Robert Wagner, her co-star and friend Christopher Walken and Dennis Davern who was the captain of the yacht they were on “The Splendour“. What was supposed to be a fun and relaxing getaway turned into a tragedy and one of Hollywood’s biggest mysteries.

At the time of her death, the investigators and coroner just ruled her death an accidental drowning even though the rumors had already made their way through Hollywood. Many years passed, and the rumors turned to whispers for everyone but Dennis Davern the boat captain. His conscience would not allow him to remain silent any longer. After many years of sharing his story in 2011, he presented the Los Angeles Sheriff’s Department with a petition signed with over 700 signatures asking them to re-open the case of Natalie Wood’s death. Then nine months into the re-opened investigation the medical examiner offices changed her death certificate to read “drowning and other undetermined factors”. There were numerous bruises on Wood’s body that had been photographed and noted in the autopsy that convinced the ME to change the cause of death. These findings lead the investigators and the medical examiner to believe that she had been the victim of an assault prior to her drowning death. 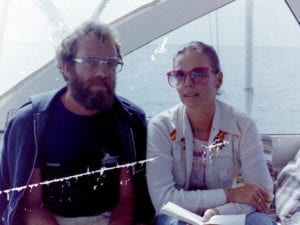 Dennis Davern has been the key witness in this case as he was one of the only four people who were on board. Davern’s side of the story starts that the weekend was strained, violate and alcohol-fueled. Robert Wagner and Natalie Wood had been fighting off and on from the start of the trip. Wagner’s jealousy of their guest and Natalie’s friend Christopher Walken seemed to be another trigger for these arguments. At one point, Wood’s had gotten so upset she asked Dennis to take her to shore. The two stayed on land overnight however they returned to the boat the next day where things had gotten better but as the day went on the fights resurfaced. The four passengers were seen at a bar on land drinking and having a good time and all left and boarded the boat to continue drinking. Around 10:30 P.M. according to Darven, he opened a bottle wine for the trio and noticed that Wood and Walken were talking and giggling then Robert Wagner exploded with anger. He grabbed the wine bottled slammed against the table shattering the bottle and screamed at Walken “What are you trying to do, f*** my wife?” At that time Natalie said, “I cannot take this” and went her room. Christopher Walken also retired to his room after Wagner’s outburst. 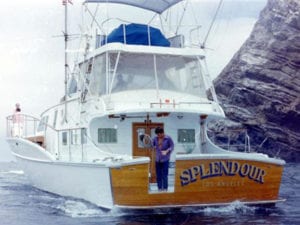 Davern goes on to explain that he could hear the couple arguing loudly in their cabin and could hear thumping. Dennis explained that he went to knock on their door to see if everything was ok however when Wagner opened the door with an angry and crazed look on his face and told him to “Go away”. Draven left as he was afraid for his own safety. He said the fighting then moved to the back of the boat. It became so loud and intense he felt something really bad was going to happen. Then all of a sudden there was complete silence. When Dennis comes out he finds Wagner crying in the stateroom and he tells Davern that “Natalie’s gone. She’s missing”. So Davern goes looking for her but with no luck he returns to Wagner who then informs him that the yacht’s dinghy was missing. Davern asks if he should call for help but Wagner refused. He said that Natalie probably went into town. Davern then asked if they should turn on the searchlight but Wagner again refused and instead got them a bottle of scotch and the two started to drink why they “waited” for her to return. By Robert Wagner’s own statement Wood’s went missing at midnight and they did not call for help until 1:30 A.M. However, at that time Wagner insisted that people only really look for her “in town” they could not convince him to call the Coast Guard until 3:30 A.M. The search then took off, however, it was a friend of Robert Wagner named Doug Bombard who found Natalie floating in her flannel nightgown, red coat and blue wool socks at 7:44 A.M. Bombard was the person to let Wagner know that they had found Natalie’s body. Wagner and Walken left the island not long after in a police helicopter leaving Davern to identify Wood’s body. 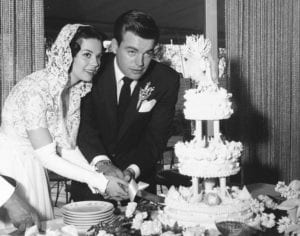 Robert Wagner insisted that all three of the men be on the same page that Natalie must have been trying to attach the dinghy to the side of the boat because the wind was causing it to bang against the side of the boat. On the rare times Christopher Walken as spoken publicly about that night this is what he says he thinks happens. However, as time went on Dennis could not keep the events to himself. When the story broke in 2011 that they were investigating the events of that night several new leads came in and a couple of reliable witnesses who also saw the fight that occurred on the back of the boat on that fateful night. Also, the airing of this program, the write-ups leading up to it and just concerned people have been coming forward with new leads and more possible witnesses.

So here are some key points I have taken away from this program that makes me question the events of that night. As someone who is obsessed with ‘The First 48′, ‘Forensic Files‘ and ‘Forensic Factor‘ I just kept noticing things that made me go hmmm. Natalie Wood had a life-long fear of dark water. She was not a great swimmer, so she was not comfortable swimming. I mention these because they are part of my “theory”.

Why would a celebrity female go ANYWHERE in a flannel nightgown, red down coat and blue wool socks? This was his first theory that she went to town. How did she untie the dingy by herself? I have never done it, but I would assume it would not be easy, especially in stormy weather. That leads me to WHY would she do it by herself? She knew that Dennis Davern was on the boat and that was his job. Also, if she wanted to leave the boat AGAIN why not ask Davern as she had the night before? Again, especially with it being stormy. She did not even know how to start the dinghy so why bother getting it down? Let’s say she got it down, got in and got it started and set out, the seas were stormy and rough if you have a fear of dark water and if you are not a great swimmer I really doubt you are going to go out into it by yourself on a tiny boat. I am just sharing my “Couch Detective” thoughts I have gathered from the research I have done for these two articles. I urge you to watch 48 Hours ‘Natalie Wood: Death in the Dark Water.

Is There A Possible Break in the Mysterious Death of Natalie Wood?

Home » News » What We Learned from ’48 Hours-Natalie Wood: Death in Dark Water’