Welcome back to What I Love Wednesdays! This Wednesday I want to tell you guys about my love for the hit CW show, Riverdale.

This show is in its second season and I am in love with it. There really isn’t anything that I don’t like about this show. It’s filled with drama and action and so much sass! There is so much that I can say about this show but I’ll narrow it down to my top three.

The Twists and Turns

This show is jam-packed with twists and turns. In season 1, we had the Jason Blossom mystery. His own father murdered him. Who in the world saw that coming? I didn’t!  Also, who knew that the Coopers and the Blossoms were related and that Polly’s twins were Jason’s? It seems like the whole town is related. In season 2 we get the Black Hood who goes around murdering everyone and turns out to be the school janitor. Now we have Chic who isn’t actually Betty’s brother. Who is he?  Don’t even get me started on the Lodges, they have a plan up their sleeves and they still give off bad vibes. It seems like the minute we get some answers, more mysteries form. 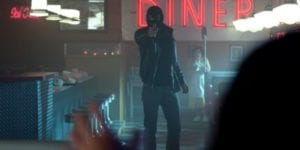 Hands down I am a Bughead shipper. I can’t not talk about how much I love these two together. There’s just something about the troubled bad boy serpent and the girl next door getting together that I love. They balance each other out and they are perfect. They have proven that they care about the other person more than they do themselves, even if it means breaking up. I mean, Betty did the serpent dance for Jughead in front of everyone. How much more dedicated to your man can you get? It also doesn’t help that Lili Reinhart and Cole Sprouse are adorably off-camera, too. 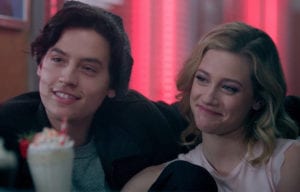 I find it hard to pick a favorite character, but Veronica is an obvious standout in this show. The rich New York girl forced to transfer to small town Riverdale immediately seemed problematic. Almost immediately Veronica proved that she was so much more than her money. She is witty, down to earth and one of the most loyal characters in this show. That being said, she is put in a really awful position when she gets more involved with her parents’ business. I believe that she is doing what she thinks is right. She loves her parents but she also loves her friends. Plus she has the perfect amount of sass which sparked the “Karma’s a bitch” challenge on YouTube. 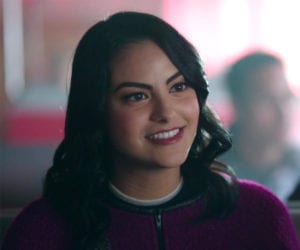 There is so much more I can say, but these are my top three favorite things about Riverdale, why do you love this show?