WandaVision introduced some absolutely bonkers concepts! Between a recast Quicksilver and White Vision we had enough content to theorize with for days. That’s without even taking into account how nuts people went over Monica Rambeau’s contact, which ended up amounting to nothing. I guess it just goes to show that fans will run wild with anything, especially if it comes from the MCU. One of the biggest questions on people’s minds though is about Vision. As those who have seen the show will now know we saw a battle of the Vision’s in the season finale. The real Vision’s body was reconstructed into a weapon for S.W.O.R.D and we ended up with white Vision. White Vision didn’t have much screentime and suddenly exclaimed “I am Vision!” before flying off. We never saw him again and we have no idea what he’s doing or where he went. Or do we… What happened to white Vision!? 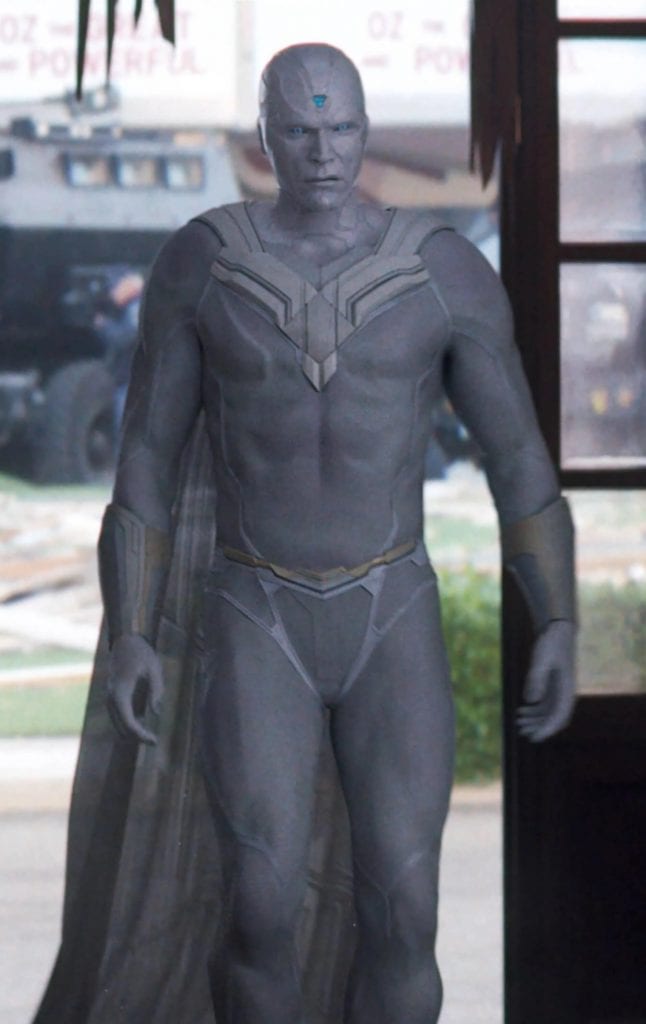 Jac Schaeffer, the head writer of the show, has all the answers and shared a few of them with fans! “[There’s no scene of where White Vision is in the world] because the point is that he’s not her guy. That’s not the man that she had children with. That’s not the one who’s been in the sitcom world with him. That’s not the one that she said goodbye to on a hill in Wakanda. That’s the body and the data. So for the purposes of me and my job on the show, and what I focus on, where he ends up is an afterthought to the story proper. What I love about how we chose to handle that is it feels to me very true to our characterization of Vision. Vision’s whole thing is identity; his whole thing is, ‘I was a voice and then I was a body. And now I’m a memory.’ There’s a constant sort of self-analysis of ‘What am I?’ So to me it doesn’t feel like a Marvel cheat of like, ‘Now there’s another one out there.’ It actually feels very, very right. There’s a constant reinvention of what is the essence of Vision.”

I guess it makes sense. White Vision isn’t who Wanda needed closure with, she needed a chance to say goodbye to HER Vision. I have a feeling Vision isn’t gone forever, though…Or maybe we’ll never know what happened to White Vision!