WandaVision has wowed us for several straight weeks. We’ve seen crazy cameos, speculated on new and returning characters, begged for a Darcy spin-off and have watched Wanda navigate her grief. At this point, it feels like we have all the information we need heading into the finale. We’ve found the identity of our true villain, Agatha Harkness the witch, and we’re ready for the final confrontation. As of this writing, WandaVision is just one day away and fans all over the world are looking forward to it. There’s another question on everyone’s mind, though, and that’s about WandaVision season 2. Is there one? What will it be about? What are the plans for WandaVision‘s future? 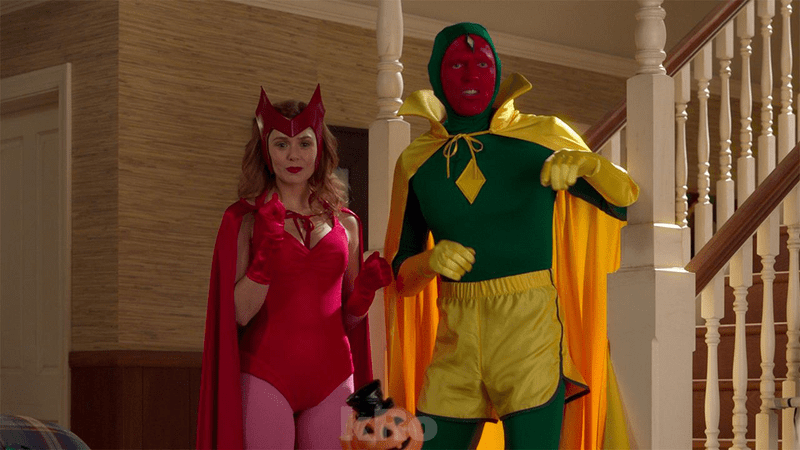 Well, to put it bluntly, there are none. This might be disappointing to fans, but it might be for the best. We already know that Wanda has a role to play in upcoming MCU projects. Specifically, she is set to play a role in Doctor Strange 2. It’s unclear what that role may be exactly, but we’re certain Marvel will reveal it when they’re ready. Fans have theories though, some crazy, some not so much. Since this entire season seems to be loosely based on House Of M some fans feel like they have an idea of what’s coming.

One of the theories I’ve seen most often is that Wanda will play the role of an antagonist in Doctor Strange 2. Something could happen to her boys in the finale that could lead her to experience even more of a breakdown. If Wanda loses her kids there’s no telling what she could do. It’s entirely possible Doctor Strange has to interfere in order to get her to calm the hell down. This could be why the two are at odds in Doctor Strange 2.

As for a second season, nothing is set in tone but it certainly sounds unlikely. Matt Shakman, series director, had this to say “I love working at Marvel. It’s the best place in the world. They’re so great with filmmakers and I’ve had such a great journey with this show. We have no plans for WandaVision Season 2 at all — that could change, of course. It all depends on what’s the story. We were very focused on telling this story over nine episodes and hopefully coming to a conclusion that feels satisfying and also surprising.”

Home » Disney+ » What Are The Plans For WandaVision’s Future?