Finally, we have more answers than questions!

Our first revelation is… MiB is William!  The whole story line with William and Dolores took place decades before Dolores walks into the unearthed church.  After he lost Dolores at Logan’s camp he spent the rest of his time looking for her and finding himself along the way.  The picture of Logan’s sister falls out of William’s pocket and that is how it was found by Peter Abernathy decades later.  William does find Dolores back in town, but she is already wiped and on a fresh loop and doesn’t remember William.  It almost seemed like his broken heart over her committed him fully to his new talent of murder.  From his first excursion William fell in love with Westworld and upon his return back to the real world and his company, Delos, he bought the majority share of Westworld.  Dolores doesn’t seem to make sense of the time jump in her memories and is shocked when MiB reveals to her that he is William.  He thinks she is the next step to unlocking The Maze, which she is – and isn’t.  The Maze, like everyone has been telling him, isn’t for him.  Getting to the center of The Maze is about the hosts finding true conscious.  Dolores does.  She is also the key to what MiB really wants, which we’ll talk about in a moment.  MiB goes back to beating an answer out of Dolores, which she doesn’t have. She starts to cry (as usual) and MiB says 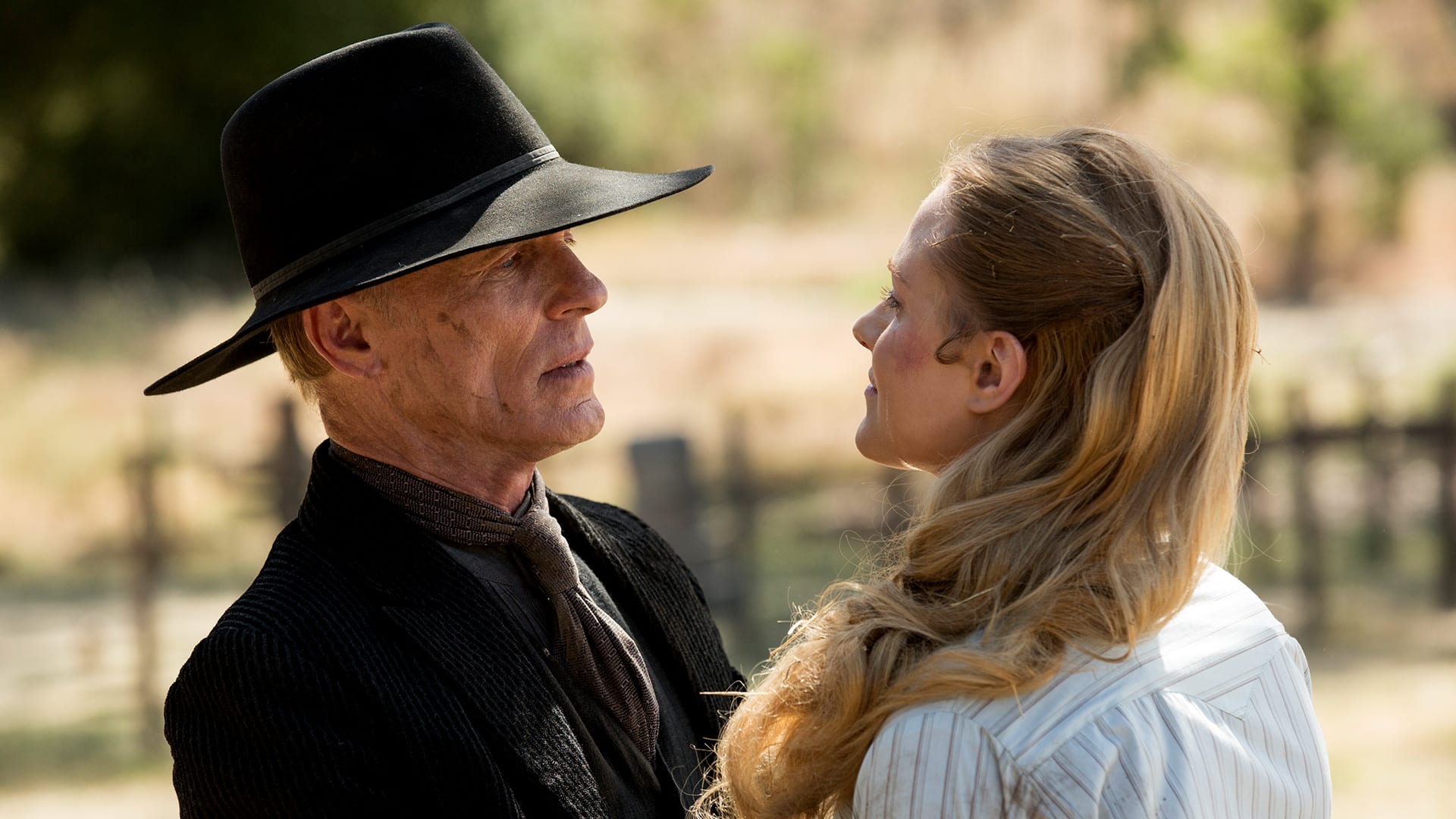 “ah yeah, cue the water works”, but this time she isn’t crying for herself.  Tired of being beat up by MiB, Dolores fights back and just as we think she is going to win this battle he stabs her.  Teddy shows up just a little too late.  He wants to take Dolores to a doctor but she begs him to take her to the sea, which is where the gala is for Dr. Fords narrative reveal.

A quick note on Dolores, she is Wyatt.

Back at Westworld HQ… Maeve is breaking out, successfully.  Before Maeve and her companions begin their fight out they find Bernard and bring him back online.  Awake, Bernard shows Maeve how her break out has been coded into her.  Claiming it as her own actions, she leaves with her posse.  At the last leg of her break out she is alone in the elevator with Felix, he gives her the location of her daughter in the park.  She takes it, but with forced indifference.  Like her programmed escape, her daughter isn’t really hers, just another code.  Or is she?  Maeve, alone on the train, sees a mother and daughter across from her.  Their image prompts Maeve off the train, making her first real decision.

Over at the sea, Dolores’s death and Teddy’s touching words are the opening for Dr. Fords presentation about his new narrative.  We know Dolores has gone off loop to search for  the maze many times before, this time Dr. Ford has used it to jump start his new narrative.  After the big opening Dr. Ford brings Dolores to the lab below the church to fix her.  When she comes back online Dr. Ford is waiting for her, and then Bernard shows up as well.   Dr. Ford begins to explain everything to Dolores and Bernard.  So in as few words as possible let’s bullet point this big revelation:

Bernard needs a smidgen of clarification.  Bernard is not Arnold, Bernard was made in his likeness.  We still don’t know how Arnold is modifying the hosts.

Dr. Ford knew he was loosing control of the park, perhaps he did all that coding under Arnold’s name.  Either way his new narrative isn’t a plotted story line at all but the first step to setting the hosts free.  He uncovered the church and the town because he needed it to help Dolores find the center of the maze – her consciousness.  He planned his death because is was the one last thing he could do to help the hosts.  We’ll see the ramifications of the Delos board murder next season.  Where the hosts, Delos and William go from here is something we’ll have to wait for in anticipation. 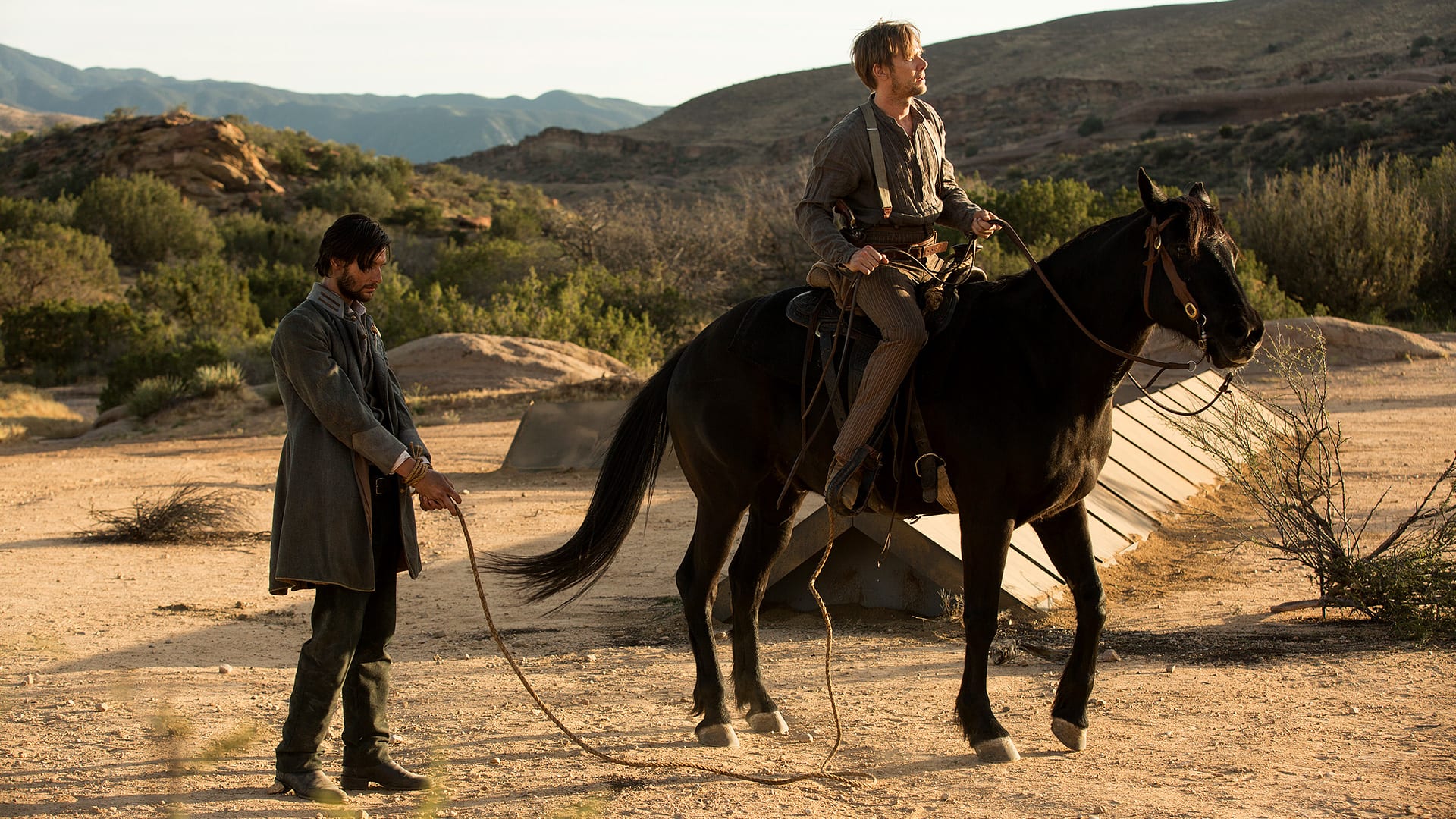