Wendy Williams has gone to a wellness facility for “overall health issues,” according to her representative. During the 2021-2022 TV season, Williams was unable to participate in The Wendy Williams Show‘s final season due to several health problems, including a positive COVID-19 test, Graves’ disease, and lymphedema. Series producer Debmar-Mercury discontinued the series over the summer and replaced it with Sherri Shepherd’s new program, which aired on September 12.

“She is taking some time to focus on her health and wellness as she prepares for a major comeback for the next level in her career with The Wendy Experience Podcast,” Williams’ representative told The Hollywood Reporter. “Ms. Williams is being treated by a team of some of the best doctors in the world. We ask for your prayers and well wishes during this time.” 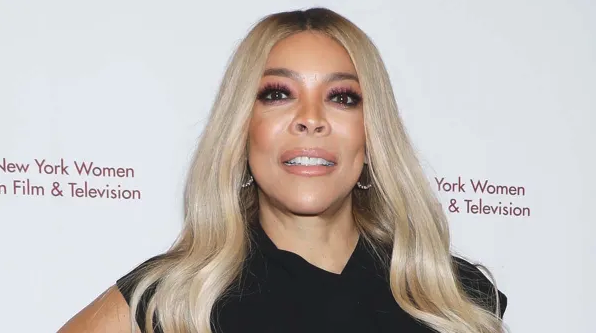 After Wendy was finished, The Hollywood Reporter published an in-depth report on the program’s final days. During the previous four years of her show, Insiders said that Williams’s conduct was unpredictable. “Everybody on that staff and crew witnessed all kinds of things,” one source said According to the Hollywood Reporter, producers sent texts to their bosses doubting Williams’ sobriety “at least 25” times before the show.

Executive rewatches were even conducted on certain episodes to see whether Williams appeared intoxicated. The majority of the time, CEOs believed she appeared “fine enough” and the episodes aired. One source claimed staffers found bottles of alcohol “up in the ceiling tiles and other weird places in the office.”

Williams’ spokeswoman spoke to THR in August, saying “It has been no secret that Wendy has battled with addiction over the years but at this time Wendy is on the road to recovery and healing herself from her chronic illnesses and her grievances of the past,” When asked about Williams’ physical and mental health, her rep declined to comment but said “What we do know is that Wendy has a history of chronic illness that she has publicly spoken about,”

In August, a video of Williams intoxicated in public surfaced. Two sources told The Sun that Williams was having trouble with drinking. “Wendy can’t stop drinking, she just can’t,” according to one source on Sept. 9. According to another source, those who know Williams believe her health is failing.

It’s uncertain where Williams is going for treatment, but she has previously visited facilities in Florida and New York, according to Page Six. A source told the website that her condition has “gotten worse” and that she had “went from wine to straight up vodka.” Sources said her situation got worse after Debmar-Mercury refused to support her. “They turned their backs on her,” explained a source. “They had too much control over someone so vulnerable.”

The host of The Wendy Williams Show, which debuts on Fox in September, said that Williams should be considered one of the great talk show hosts. “Please, let’s put Wendy up there with the greats – with Oprah and Rosie and Sally Jesse Raphael,” Shepherd added.