Best Actress – Musical or Comedy for “I, Tonya”

The Golden Globes may have snubbed Margot’s breakout role in Martin Scorsese’s The Wolf of Wall Street a few years ago but they are certainly recognizing her this year for her turn as disgraced figure skater Tonya Harding. Her performance has received a lot of buzz, putting her on track to have a great awards season this coming year. 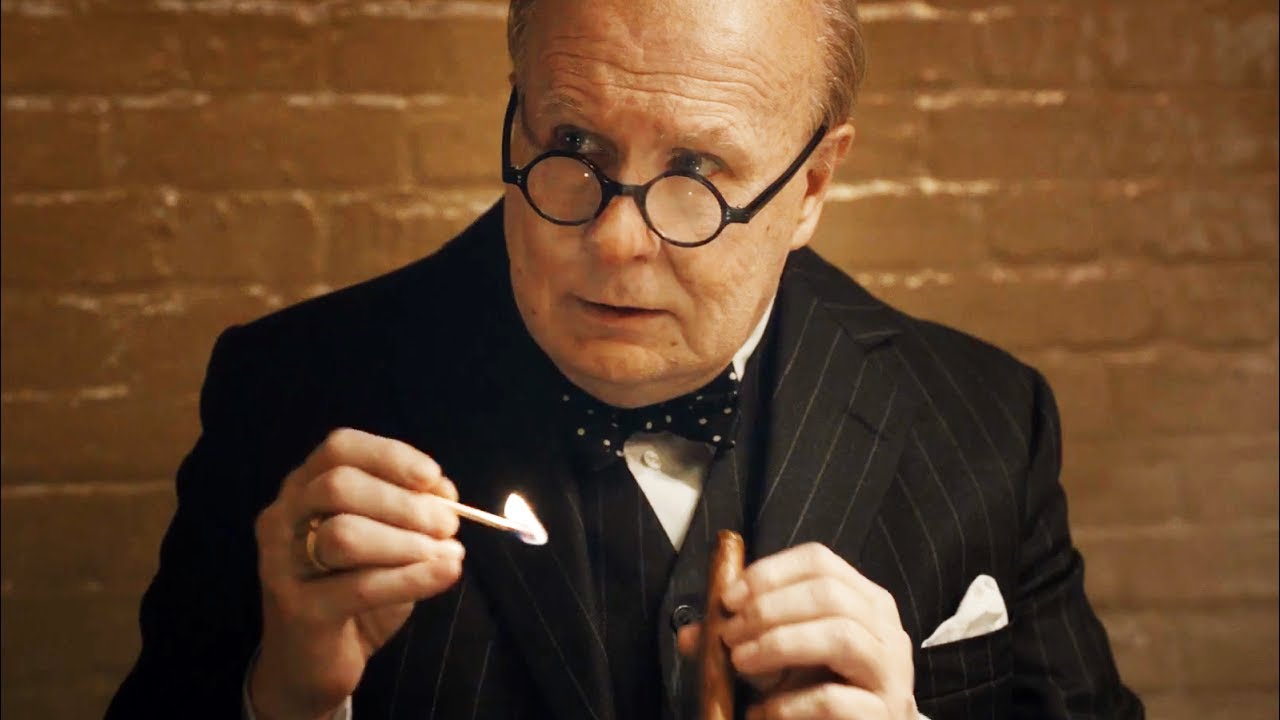 Gary Oldman was nearly unrecognizable as Winston Churchill in The Darkest Hour – a performance that has been impressing audiences and critics alike. Despite a career of over 25 years and a 2012 Oscar nomination, this is Oldman’s first recognition at the Golden Globes, which may have taken the actor by surprise seeing as he has a history of blasting the Golden Globes for being “bent” and a television rating vehicle, rather than a celebration of the art. However, it seems that his performance far outshined any negativity and he’s got a real shot in the Best Actor category.

Biel was certainly no stranger to television when she starred as Cora Tannetti on USA’s The Sinner. After 136 episodes as Mary Camden on 7th Heaven, Biel took a break from TV to focus more on film and family life, but felt extremely passionate about the miniseries and decided it was time for her triumphant return. It was clearly a good decision because the show received great reviews and currently holds a 94% on Rotten Tomatoes. She may be up against some stiff competition against the Big Little Lies ladies, but the recognition is well deserved no matter who walks home with the statue. 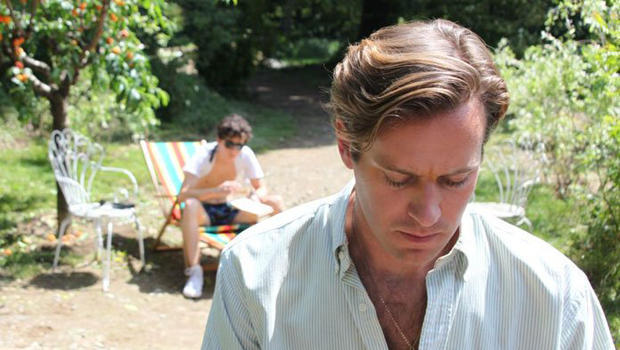 Best Supporting Actor -Drama for “Call Me by Your Name”

Hammer had an impressive award season back in 2010 when he played the Winklevoss twins in The Social Network, but his role as Oliver in Call Me By Your Name has stunned everyone,  bringing his career to a whole new level. The film was one of the most praised of the year, receiving a ten-minute standing ovation at the New York Film Festival and hopefully will receive some well-deserved recognition at the Globes and other award shows this season.

Elgort’s breakout performance in The Fault in our Stars certainly got a lot of people’s attention and put his career on the map. While he received some recognition for that role, it was his Golden Globe nomination for Baby Driver that was one of the biggest surprises of the nominations. Baby Driver was one of the best original films of the season thanks to Elgort’s performance as the young getaway driver in addition to writer and director Edgar Wright’s screenplay and direction, the soundtrack, and the action sequences. While he is up against some great actors in the category, it would be an extremely touching moment to see Elgort take home the prize.

Skarsgård may have already won the Emmy for his role as Perry Wright in Big Little Lies, but he was really just getting started. In addition to his first ever Golden Globe nomination, Skarsgård has already also been nominated for a Critic’s Choice Award, a SAG Award, and a Satellite Award. If the show’s impressive wins at the Emmy’s this past September was any indication of how Big Little Lies was going to fare this season, Skarsgård looks to have a really good shot at taking home the Globe.

One of the most pleasant surprises from the Golden Globe nominations was Katherine Langford’s nomination for her haunting performance as Hannah Baker in Netflix’s 13 Reasons Why. Langford has spoken about how grateful she was for her nomination and how she hopes that it will shine a brighter light on suicide. ‘My sincere hope is that the recognition continues to shine a light on so many of the important life issues and struggles we portray in 13 Reasons Why. While she is certainly the underdog, one thing that we will know for sure is to never count of a Netflix original during awards season. David Harbour is one of the best parts of Stranger Things and tends to be a nomination favorite, but has yet to take home an award for his performance as Hawkins Chief Hopper. Hopefully his first win will be a Golden Globe and will set the stage for the Netflix original in the coming year. Plus when it comes to David Harbour, you know you’re guaranteed an epic speech.

Get Out was a huge box-office surprise this past year with over $250 million worldwide and a 99% Rotten Tomatoes score. It was written and directed by Jordan Peele but Kaluuya was the breakout and is already on his way to an impressive career with a role in Marvel’s Black Panther next month  hopefully he can kick off what is sure to be a great year with his first Golden Globe win! 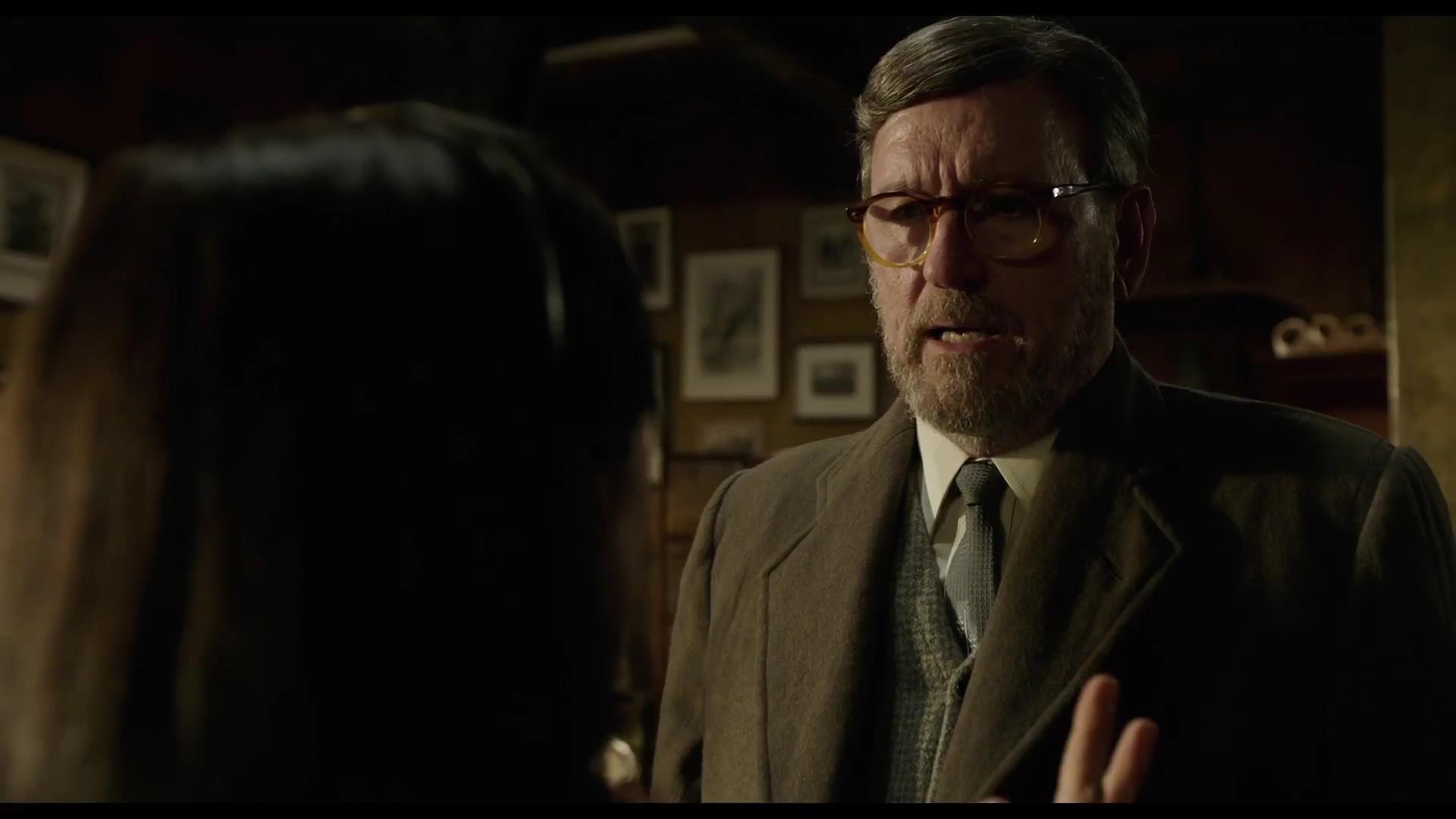 With over a 20-year career, Richard Jenkins has never been nominated for a Golden Globe, which seems oh so very wrong. Thankfully he has the opportunity to be a first time nominee and winner due to his role in The Shape of Water which has been impressing critics and the talk of the movie world for the past month or two. The movie has a good chance of taking home Best Picture for a drama, which could mean good things for Jenkins. It’s crazy to think that Freddie Highmore was never nominated for his five-season role as Norman Bates on Bates Motel but thankfully he’s finally getting the recognition that he deserves for his role as Dr  Shaun Murphy on the critically acclaimed The Good Doctor. He was able to take on the role of a doctor on the spectrum in a touching and respectful way that all audiences resonated with. With streaming giants often taking over the award wins, the Globes could favor Highmore’s work on this network series.

If you aren’t sure about starting The Marvelous Mrs  Maisel do yourself a favor and start. You go for the writing of Amy sherman Palladio but stay for the brilliant performance of Rachel Brosnahan. Her quick wit and sharp delivery as Miriam Maisel completely steal the show, making her one of the best leading ladies on TV in 2017. Being in the comedy category Rachel has a great shot of taking home the Golden Globe and giving Amazon another leg up in the original programming game.

Best Supporting Actress – Series, Limited Series or Motion Picture Made for Television for “The Handmaid’s Tale”

Ann Dowd recently took home the Emmy for her chilling performance as Aunt Lydia and now she’s going to try and carry that streak forward in tonight’s Golden Globes. The Handmaid’s Tale was definitely the breakout series of 2017 last year and the show is most likely going to carry that momentum into the 2018 awards season with Dowd most likely To take home the statue.

There are quite a few others who are receiving their first nominations as well. Check them out below!

Best Director and Best Screenplay for “The Shape of Water”

Best Performance by an Actor in a Supporting Role in a Series, Limited Series or Motion Picture Made for Television for “Feud”

Best Performance by an Actor in a Supporting Role in a Series, Limited Series or Motion Picture Made for Television for “Fargo”

Best Performance by an Actor in a Supporting Role in a Motion Picture for “Three Billboards Outside Ebbing, Missouri”

Be sure to catch the 75th Annual Golden Globe Awards hosted by Seth Myers tonight at 8:00 EST on NBC!

Home » Featured » Welcome to the Club! A Look at the Golden Globe Nominee First-Timers