Deathstroke is one of the coolest DC characters in my opinion! Deathstroke has had some pretty cool portrayals too! He was a villain in the Teen Titans, a huge part of Arrow‘s second season, too! More recently he was the lead villain of Titans’ third season! His appearance in the DCEU was very brief, appearing only once in a cameo role. Rumors swirled about a Deathstroke origin movie with Joe Manganiello and he was even supposed to be the villain in the Batman film. The way they talked about it it sounded cool, too! Deathstroke was going to systematically dismantle Batman’s life! Unfortunately, though, the Batman film died and so did the Deathstroke one did too. Now we at least know why the Deathstroke film died. 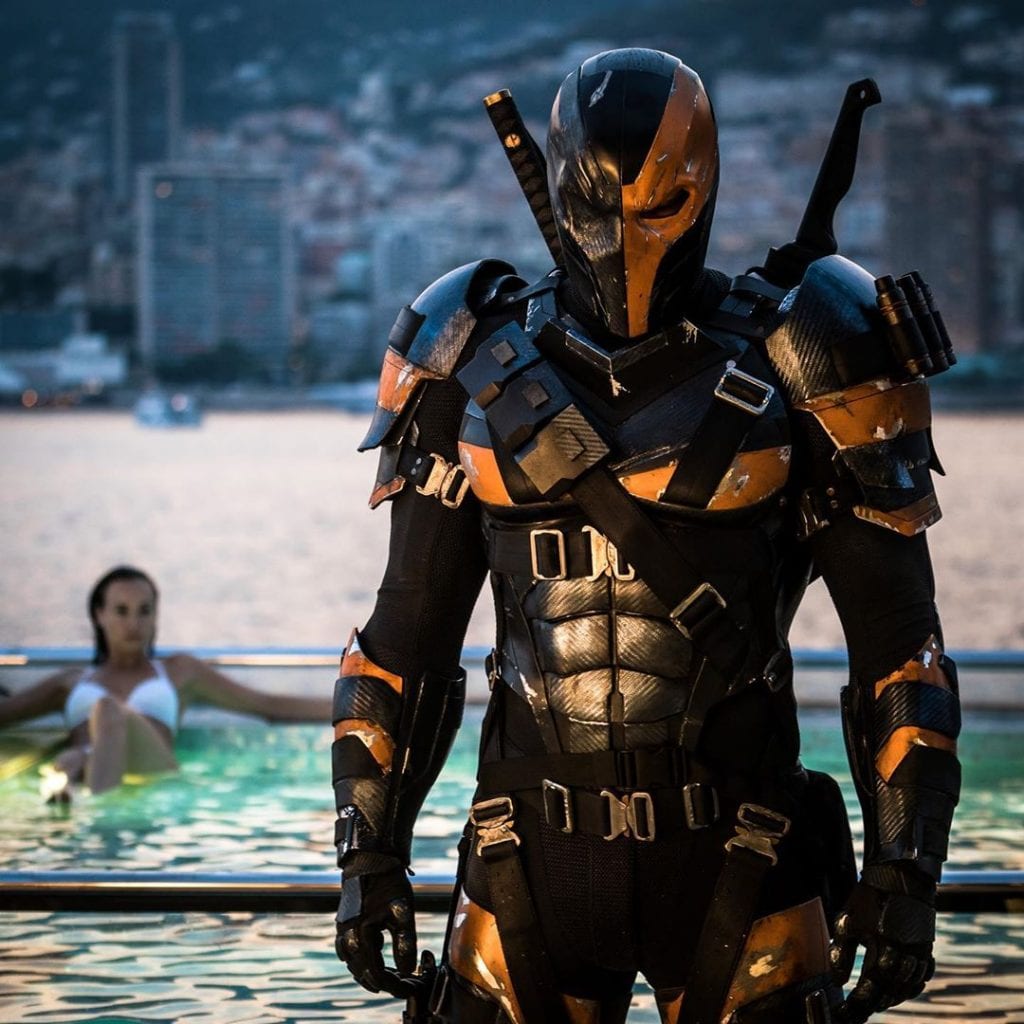 Joe Manganiello talked a little bit about it recently. “When the dust settled, it was not seen as a priority to make a $40 million movie about a villain origin story in which you show the backstory,” is what the Deathstroke actor said to Josh Horowitz. It seems like making a movie discussing Deathstroke‘s origin was never a priority for the company, which is disappointing. With how popular a villain Deathstroke was in Arrow and Titans it’s surprising, too.

Gareth Evans, the man who would have directed the film, talked about it back in 2018 as well, saying basically the same thing as Manganiello. “I had a phone call which I think was publicized a bit, about Deathstroke with DC. We talked about that before, we had a few conversations. One of the guys at DC and at Warner Brothers, one with Joe, who has been on the character for some time now, who is super passionate about that character, by the way. I’ve never met anyone who knows more about their character. “Nothing really went beyond those conversations. I haven’t heard anything for a really long time. o be honest, every time I see an article written I keep wanting to ask, ‘Okay, what is it you guys know that I don’t know?’ Because I haven’t heard anything for a good while yet. So I don’t know if that will ever come back full circle at some point. But I know I haven’t had any conversation about that project for a long time now.”

Who knows though? Maybe we can still make it happen. We brought the Snyder Cut to life, didn’t we? At least we have a pretty clear idea why the Deathstroke film died.