Spider-Man is one of the most popular characters in the world. It’s safe to say Spider-Man 3 might be the most anticipated film of the year. That would make sense considering that we haven’t gotten any films this year, hardly. We actually know very little about the new Spider-Man film. Tom Holland hasn’t seen fit to leak us any news, so it’s possible he finally got the message from Disney.

It’s too bad since he’s so good at it, Disney’s lawyers must have really scared him. The little bit we do know is promising though. We just found out that there’s going to be a courtroom scene, and fans are really looking forward to it. They’re not particularly attached to lawyers, they just think Matt Murdock might show up. If that happens I’ll be freaking out too, for sure. Even though a tight lid has been kept on the film, we have our first look at Spider-Man 3! 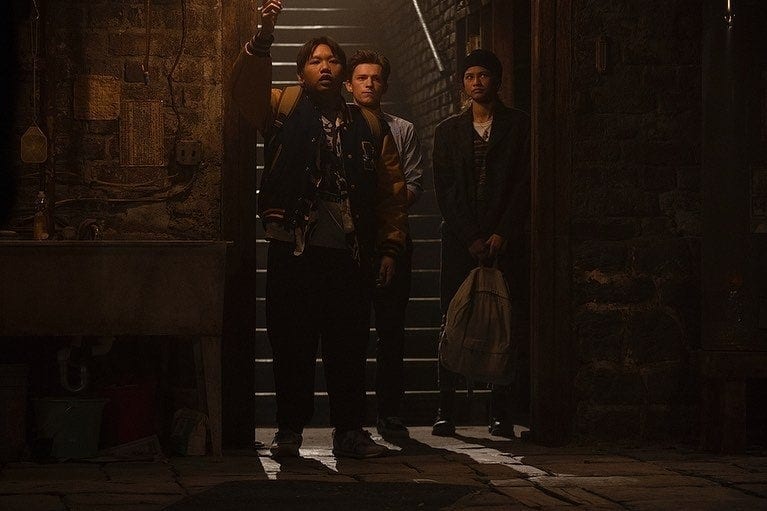 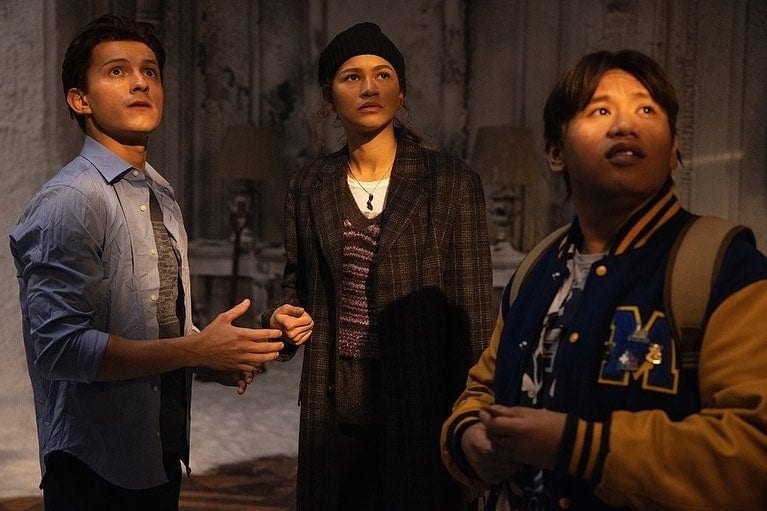 The two images don’t reveal much, we don’t even see Peter in costume. Still, these photos are better than getting nothing, wouldn’t you agree? The three characters seem to be somewhere they shouldn’t be exploring and based on their expressions they’re shocked. We have no way of knowing what the three characters have found. People are speculating that they may have found a rift in reality. We already know that the multiverse will be a big part of the MCU going forward. Doctore Strange will be severely dealing with the multiverse, in fact. WandaVision hasn’t done anything concrete yet but the show certainly likes teasing multiverse stuff. It’s also possible the characters are shocked at something that has nothing to do with the multiverse.

Spider-Man 3 is sure to excite fans no matter what happens. The first two films in this Spider-man trilogy (thus far) were incredibly well-received. Some people even consider Tom Holland to be the definitive Spider-Man, having dethroned Tobey Maguire from the role. Andrew Garfield was never up as the best Spider-Man I’m sad to say.

Did you enjoy your first look at Spider-Man 3? Are you hoping that other Spidey’s show up? Let us know below!