The moment we’ve all been waiting for has finally arrived. As promised by film star Tom Hardy, a brand new trailer for the upcoming Sony Pictures film Venom dropped during CinemaCon late on Monday night.

In the trailer, which is a dramatic improvement over the first footage which was still pretty bad-ass, we get our very first glimpse at Hardy’s transformation into the Marvel anti-hero. All we can say is, WOW! Check out the full trailer below:

Directed by Ruben Fleischer, the cast includes Hardy, Woody Harrelson, Riz Ahmed, Michelle Williams, Jenny Slate and Scott Haze. Sony is planning to use Venom as a springboard to launch a whole universe based on Spider-Man characters which is expected to begin in February of 2019.

In addition to the intense new footage, Sony also released a brand new film poster. We cannot wait to see this film! 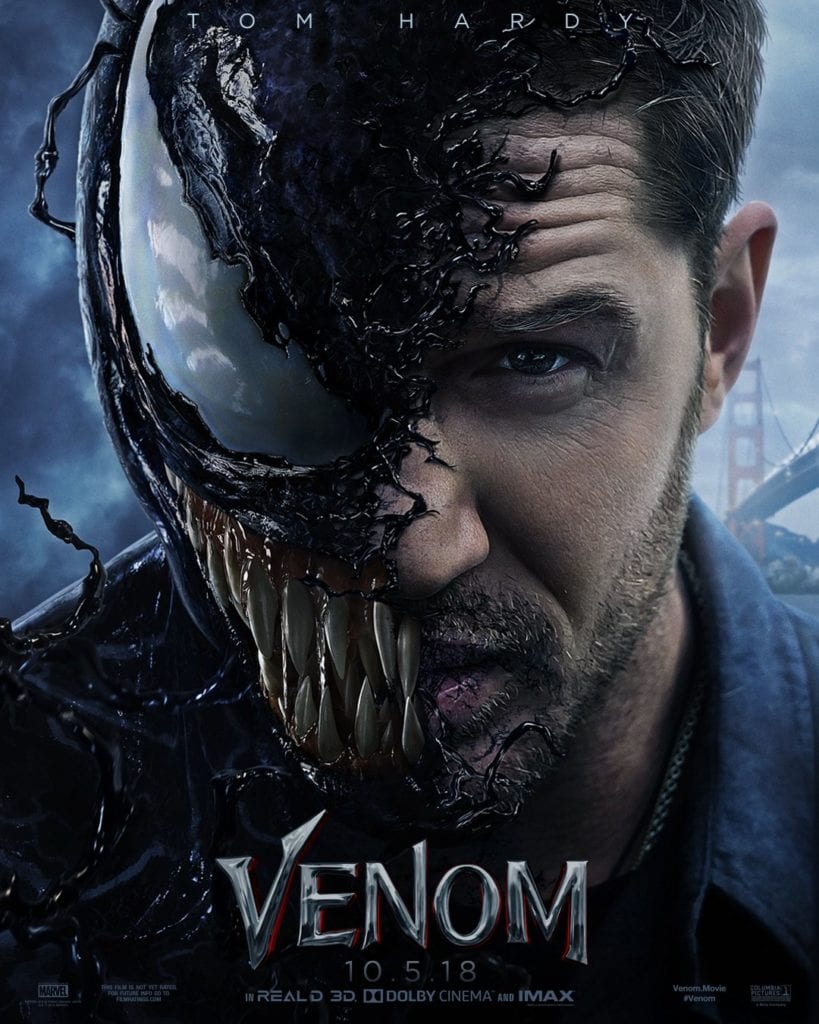 While the film is not yet rated, Venom is set to hit theaters on October 5, 2018.  What did you think of the new trailer?  What do you think of the poster?  Let us know your thoughts in the comment section below.