Ever wanted to know what would happen if Spider-Man and The Punisher crossed paths? Well, now you sort of can! The official trailer for Pilgrimage starring Tom Holland and Jon Bernthal was just released and it’s safe to say it’s a completely different tone than Holland’s latest blockbuster Spider-man: Homecoming. 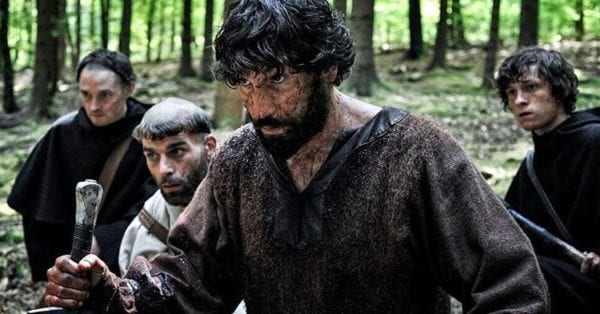 Based on an original script written by Jamie Hannigan, Pilgrimage is n an adventure drama that takes place in 13th century Ireland, where a group of monks must escort a sacred relic across an Irish landscape fraught with peril. Holland will be playing The Novice – Brother Diarmuid and Bernthal will play The Mute.  Richard Armitage will also star as Raymond De Merville.

This film will be directed by Brendan Muldowney and is slated for a US release on  August 11, 2017.