“You haven’t lived until you’ve died.”

Have you ever wondered what happens when you die?  What do you experience?  What is it like?  Are you able to come back and resume your normal life afterwards?  What if you could find out the answers to all of these questions?  Would you risk it? 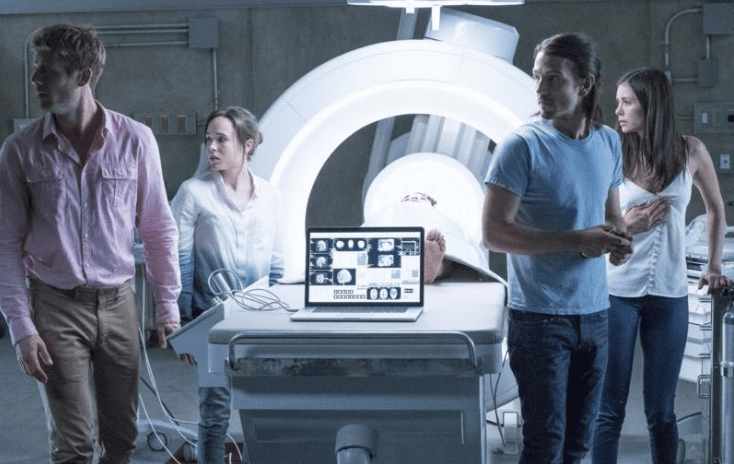 The upcoming reboot of the 1990’s film Flatliners explores all of these questions and more.  The very first trailer for the film by the same name dropped on Tuesday and it is full of heart-stopping, suspenseful action.  The film stars Ellen Page (Juno), Diego Luna (Rogue One: A Star Wars Story), Nina Dobrev (The CW’s The Vampire Diaries), James Norton (ITV’s Grantchester), and Kiersey Clemons (Neighbors 2: Sorority Rising) as five medical students dare to explore the question, “what happens after you die?”  The official synopsis of the film is as follows:

“In Flatliners, five medical students, obsessed by the mystery of what lies beyond the confines of life, embark on a daring and dangerous experiment: by stopping their hearts for short periods of time, each triggers a near-death experience – giving them a firsthand account of the afterlife. But as their experiments become increasingly dangerous, they are each haunted by the sins of their pasts, brought on by the paranormal consequences of trespassing to the other side.”

Screenplay is by Ben Ripley and story by Peter Filardi. Producers are Laurence Mark, Michael Doughlas and Peter Safran.

Check out the brand new poster just released today via the film’s new twitter handle and the incredibly suspenseful first trailer below.

The new Flatliners is scheduled for release on September 29th.

What happens to us after we die? Find out for yourself in the new #FlatlinersMovie trailer now and in theaters September 29. pic.twitter.com/IriFrp1F0X

Home » Featured » WATCH: The First Trailer for ‘Flatliners’ is Full of Heart-Stopping Suspense