Sharknado: The 4th Awakens is flying our way this month and, just today, the first official trailer has been release via the film’s Facebook account.

Once again, starring Ian Ziering a 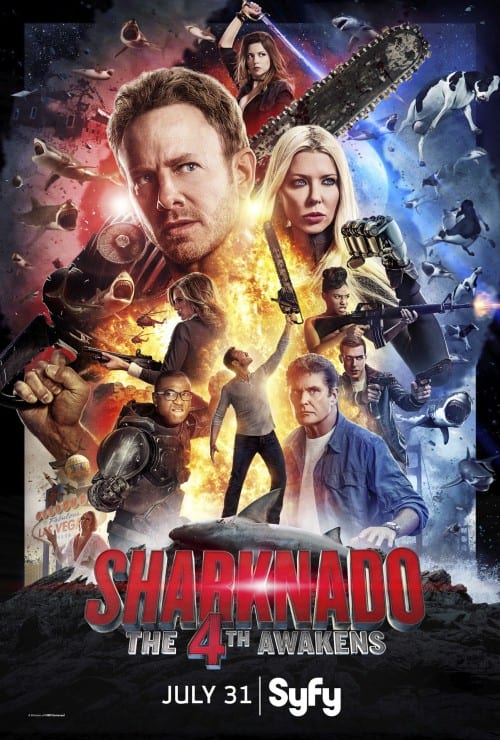 nd Tara Reid, the 4th installment of the sharknado series takes place five years after Sharknado 3: Oh Hell No!.  It’s been five years of peace and quiet but now, the sharks are back along with firenados, oilnados and cownados all forcing Fin (Ziering) and April (Reid) to jump back into action.  From the looks of the trailer, we think Fin’s going to need a bigger chainsaw.

‘The 4th Awakens’ will add Gary Busey, Cheryl Tiegs, Tommy Davidson, Cody Linley, Imani Hakim and Masiela Lusha as well as a ton of cameos to the returning cast of Ziering, Reid and David Hasselhoff.

Will Fin and April be able to save Las Vegas from these new “nados”?  Check out the trailer below and be sure to tune in to Syfy on Sunday, July 31st at 8pm to find out!