The latest trailer for The Lost City of Z by Amazon Studios and Bleeker Street Media is nothing short of a thrilling adventure. 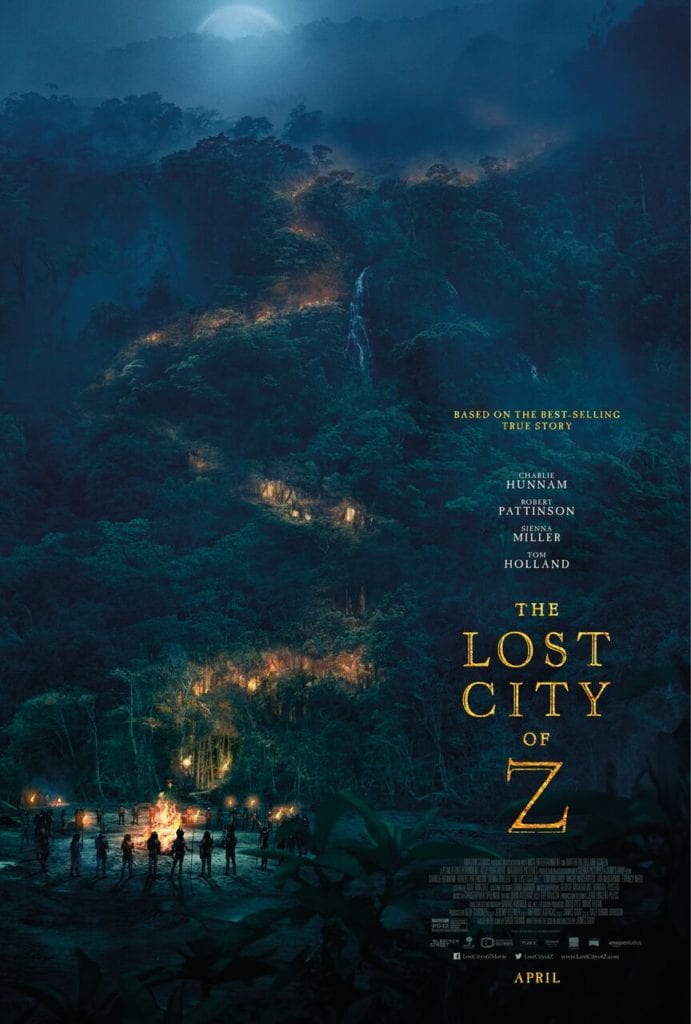 Based on true events depicted in author David Grann’s bestseller, The Lost City of Z tells the story of Percy Fawcett (played by Charlie Hunnam), a British explorer from the early 20th century.  While on an excursion to the Amazon, Fawcett uncovers evidence showing that a previously undiscovered civilization may have once inhabited the region.  Fawcett is ridiculed by others when he makes claims that the civilization was, in fact, advanced as opposed to being savages, as many with in the scientific community assumed.

Fawcett is determined to prove his discovery is evidence of a civilized ancient people.  In order to do so, he enlists the help of his wife (Sienna Miller), son (Tom Holland) and aide-de-camp (Robert Pattinson) and returns to the Amazon numerous times to conduct research.

These trips would eventually lead to Fawcett’s mysterious disappearance n 1925.

The film is being called, “an epically scaled tale of courage and obsession,” and, “a stirring tribute to the exploratory spirit and those individuals driven to achieve greatness at any cost.”  We certainly were drawn in by the trailers ominous and mysterious tone.

Check out the brand new trailer as well as the first official images from the film below.  Discover The Lost City of Z in theaters in Los Angeles and New York on April 14th and Nationwide on April 21st.