The photo (below) shows Peters from behind as he sports Dahmer’s signature oversize glasses and a polo shirt, with an accompanying teaser accessible on Netflix’s streaming platform depicting an unsettling close-up of the actor’s left eye. 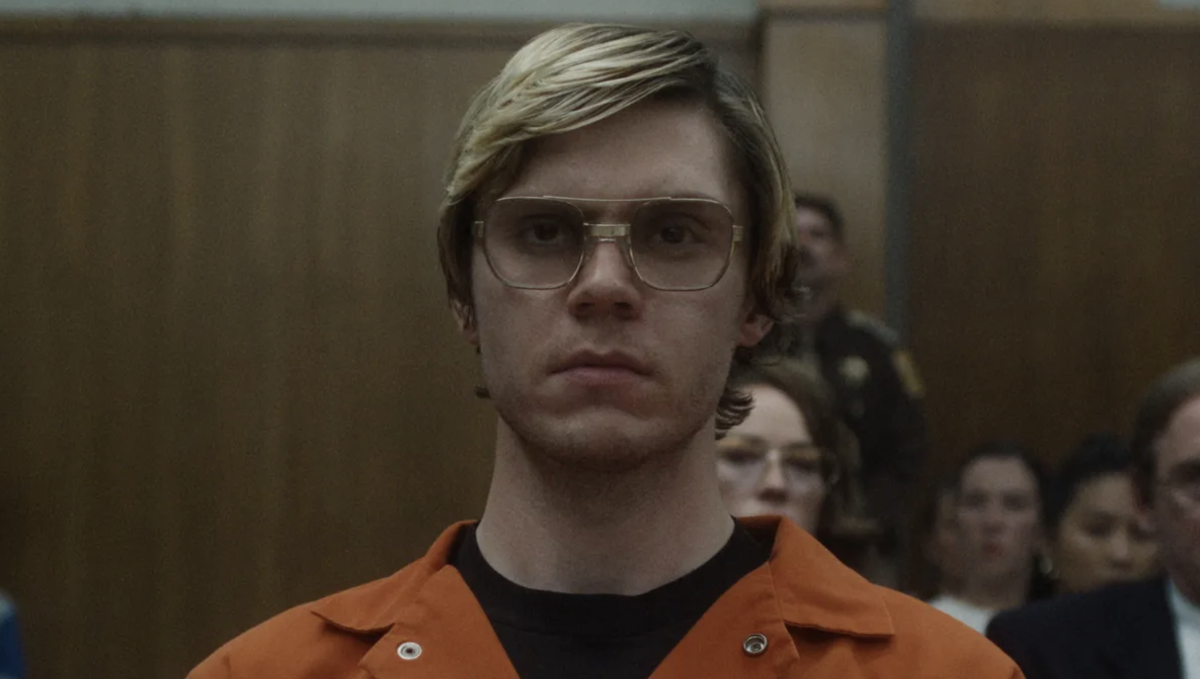 Dahmer is one of the most infamous serial killers in history, having been convicted of murdering and dismembering multiple men and boys across a 13-year period beginning in 1978.

Murphy co-created Monster with frequent collaborator Ian Brennan, with Pose‘s Janet Mock also on board as one of the project’s executive producers and episode writers.

Joining Peters in the limited series are Oscar nominee Richard Jenkins, Penelope Ann Miller, and Niecy Nash, among others.

Peters and Murphy have worked together repeatedly over the years, with the former appearing in several seasons of the American Horror Story anthology series and on season 1 of Pose, which Murphy co-created.

See Peters’ transformation into Dahmer in the trailer below!