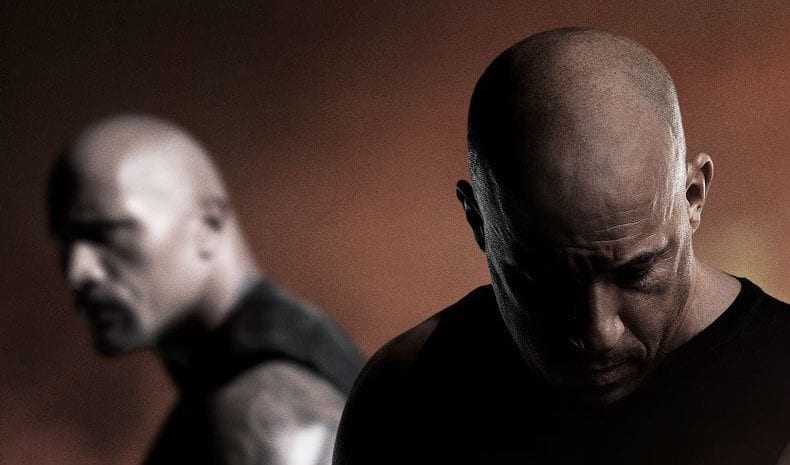 The first trailer for the next chapter of The Fast and Furious saga, titled The Fate of The Furious, has arrived at one of the grandest places of all: Times Square. Earlier this evening, almost the entire cast was in attendance for the trailer launch which was shown on every billboard in the heart of New York City and its message was very clear: Dominic Toretto (Vin Diesel) has gone rogue!

Yes, we couldn’t believe it either. After a routine getaway, things were seemingly good for Dom and the crew, until Hobbs (Dwayne “The Rock” Johnson) called him “brother” and that’s when things got ugly. Dom then rammed Hobbs’ car, causing him to start a massive manhunt for his former friend and team leader. Then there’s the villainess, Charlize Theron, who further adds fuel to the fire by convincing Dom to join her, and even kisses him in front of his wife, Letty (Michelle Rodriguez). Talk about cold. We also catch a glimpse of Kurt Russell and newcomer to the franchise, Scott Eastwood, however, Jordana Brewster was noticeably absent from this trailer. Oh yeah, and there’s a wrecking ball, a submarine, and of course major car carnage!

Now that Dom and Letty are on their honeymoon and Brian and Mia have retired from the game and the rest of the crew have been exonerated, the globetrotting team has found a semblance of a normal life. But when a mysterious woman seduces Dom into the world of crime he can’t seem to escape and a betrayal of those closest to him, they will face trials that will test them as never before.

The Fate of the Furious is the first film in the saga that will not feature Paul Walker, who tragically passed away in November 2013, but who’s presence is still felt throughout the film, as evidenced by the photograph Dom has in his possession of he, Mia, Brian, and their son Jack.

Tell us your thoughts on the trailer! Are you excited about the new film or was it a mistake to not end it with 7?