Bobby Lashley demanded that Brock Lesnar come to the ring at the beginning of this week’s Monday Night Raw, and Lashley ended up destroying Lesnar.
After making his way down the entrance ramp, Lesnar was met with an immediate spear from Lashley through the ringside barricade. security tried to pull Lashley away, but he broke free long enough to deliver another spear – this time over the commentary table. He then liftedLesnar onto his shoulder and drove him throughthe table in a devastating final blow. 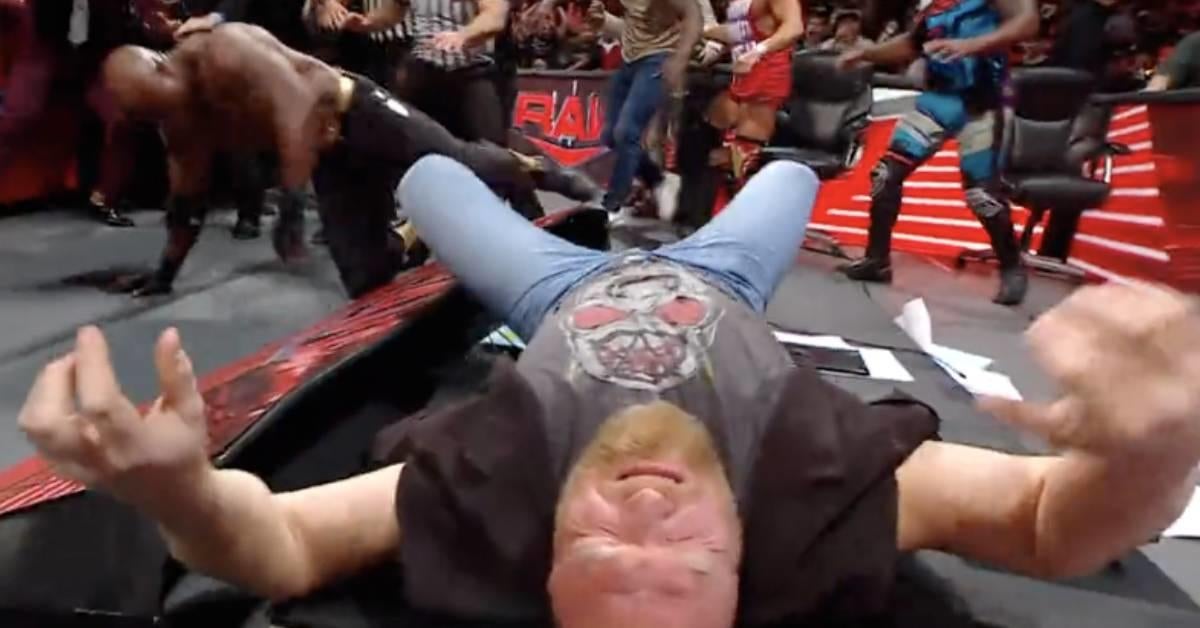 Last week, Lesnar returned to WWE programming and attacked Lashley before his United States Championship defense. The former UFC champ brutally put Lashley in a kimura lock, injuring his arm badly. Then Seth Rollins goaded Lashley into still defending his championship but Rollins quickly won the match by attacking the injured arm. All evidence now suggests that Lashley vs. Lesnar will happen at Crown Jewel on Nov. 5th