That’s right!  Ash is back and things are about to get darker and more evil than ever as he tackles his greatest challenge yet – parenthood (and evil deadites, of course).

The first trailer for season 3 of Ash vs Evil Dead dropped on Thursday and all we can say is February can’t get here soon enough!  Check it out:

Check out the season 3 synopsis below as well as the new key art poster:

“The third season finds Ash’s status in Elk Grove, Michigan has changed from murderous urban legend to humanity-saving hometown hero. When Kelly witnesses a televised massacre with Ruby’s fingerprints all over it, she returns with a new friend to warn Ash and Pablo that evil isn’t done with them yet. Blood is thicker than water in the battle of good vs Evil Dead! The Evil Dead original filmmakers Sam Raimi, Rob Tapert and Bruce Campbell serve as executive producers on Season Three along with Ivan Raimi and Rick Jacobson. Mark Verheiden serves as Showrunner with Producer Moira Grant.”

Ash vs Evil Dead premieres Sunday, February 25th on Starz!  Are you excited? 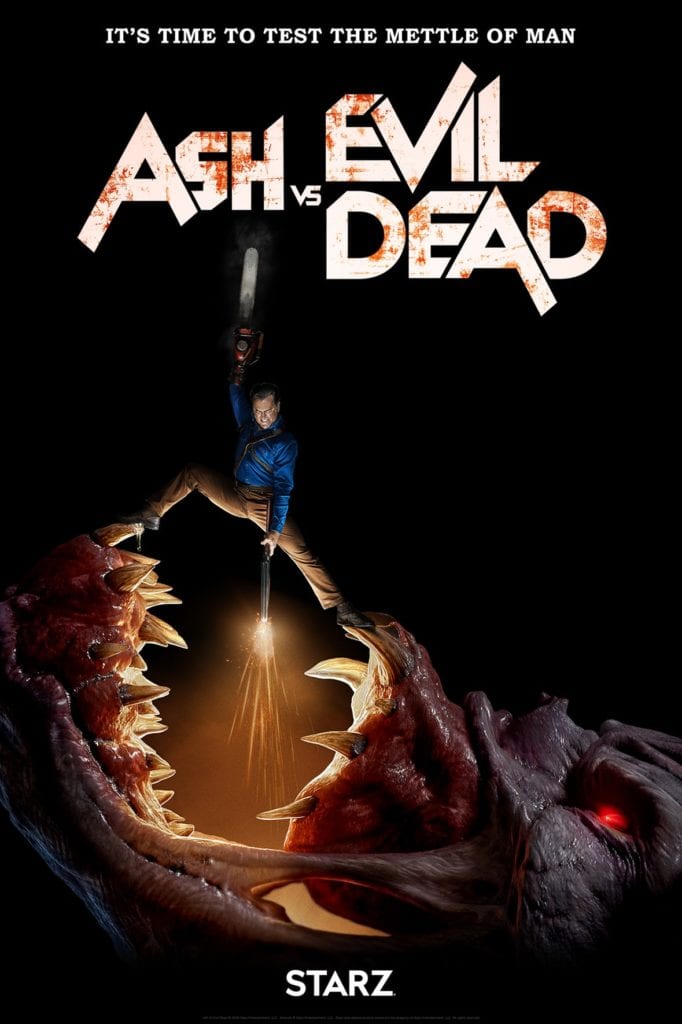 ‘Ash vs. Evil Dead’ Season 3 Will Probably Be Pushed Back

Rick Grimes vs Ash Williams: Who would Win in a Fight?