The trailer begins with Giselle, a character from her animated world who has moved to the real world, living in Monroeville with her husband, Robert Philip (Patrick Dempsey).
Adams said that Giselle’s love and joy from the original film are “still has the love and joy,” but now she’s in a different stage of life, as a mother with an infant and teenager. She continued to say that Giselle is looking for her purpose in the world. She tries to move forward with best intentions.” 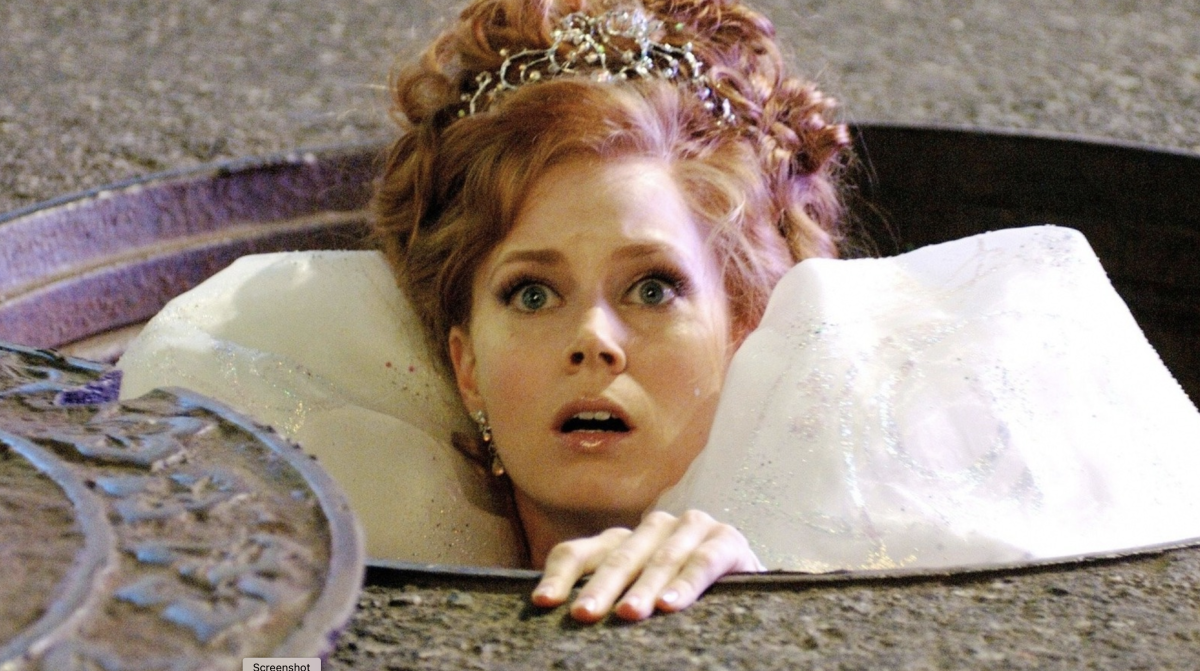 According to Dempsey, his character’s biggest challenge is “His commute. He grew up in Manhattan, little bit longer commute. A challenge getting to office every day.” Maya Rudolph, who appeared in the trailer as Adams’ foe, Malvina Monroe said,”It was really fun. I like you am a huge fan of the original Enchanted. I can’t believe I got to be a part of this — it’s not easy being mean to Amy Adams, but we had so much fun together. We made a fun meal out of being nasty to one other.”

Disney Media provided the following synopsis of the film: “It has been 15 years since Giselle (Adams) and Robert (Dempsey) wed, but Giselle has grown disillusioned with life in the city, so they move their growing family to the sleepy suburban community of Monroeville in search of a more fairy tale life. Unfortunately, it isn’t the quick fix she had hoped for. Suburbia has a new set of rules and a local queen bee, Malvina Monroe (Rudolph), who makes Giselle feel more out of place than ever.”

“Frustrated that her happily ever after hasn’t been so easy to find, she turns to the magic of Andalasia for help, accidentally transforming the entire town into a real-life fairy tale and placing her family’s future happiness in jeopardy. Now, Giselle is in a race against time to reverse the spell and determine what happily ever after truly means to her and her family.”