2020 set Marvel back in a big way. The Falcon and The Winter Soldier was set to be released in 2020, along with the movie, Black Widow, but both were delayed due to the pandemic. The last hope for Marvel was Wandavision, which was set to premiere on Disney+ in December but now arrives on January 15th.

The arrival of WandaVision next month means that the promotion of the series has begun!  And now we have our first full clip of a scene from the show. Check it out!

The clip definitely reflects the tone of the show that we’ve all been anticipating. It appears that the show will very much be established from thew viewpoint that we are watching the lives of Wanda Maximoff and Vision live chronologically through time and television, so naturally, the show would begin in the 50’s/60’s and progress from there.

EW also recently released the show’s first batch of promotional images and they are all black-and-white.

According to EW, tt was Feige who came up with the idea to take Wanda Maximoff and Vision — two fan favorites from the Avengers movies — and set them in a strange fantasy world of suburban bliss. The exec is a self-professed sitcom nerd who grew up on Nick at Nite and has made a habit of watching MeTV reruns before starting his workday.

Take a look at the images below and let us know your thoughts! Are you excited about this new Marvel show? We are! 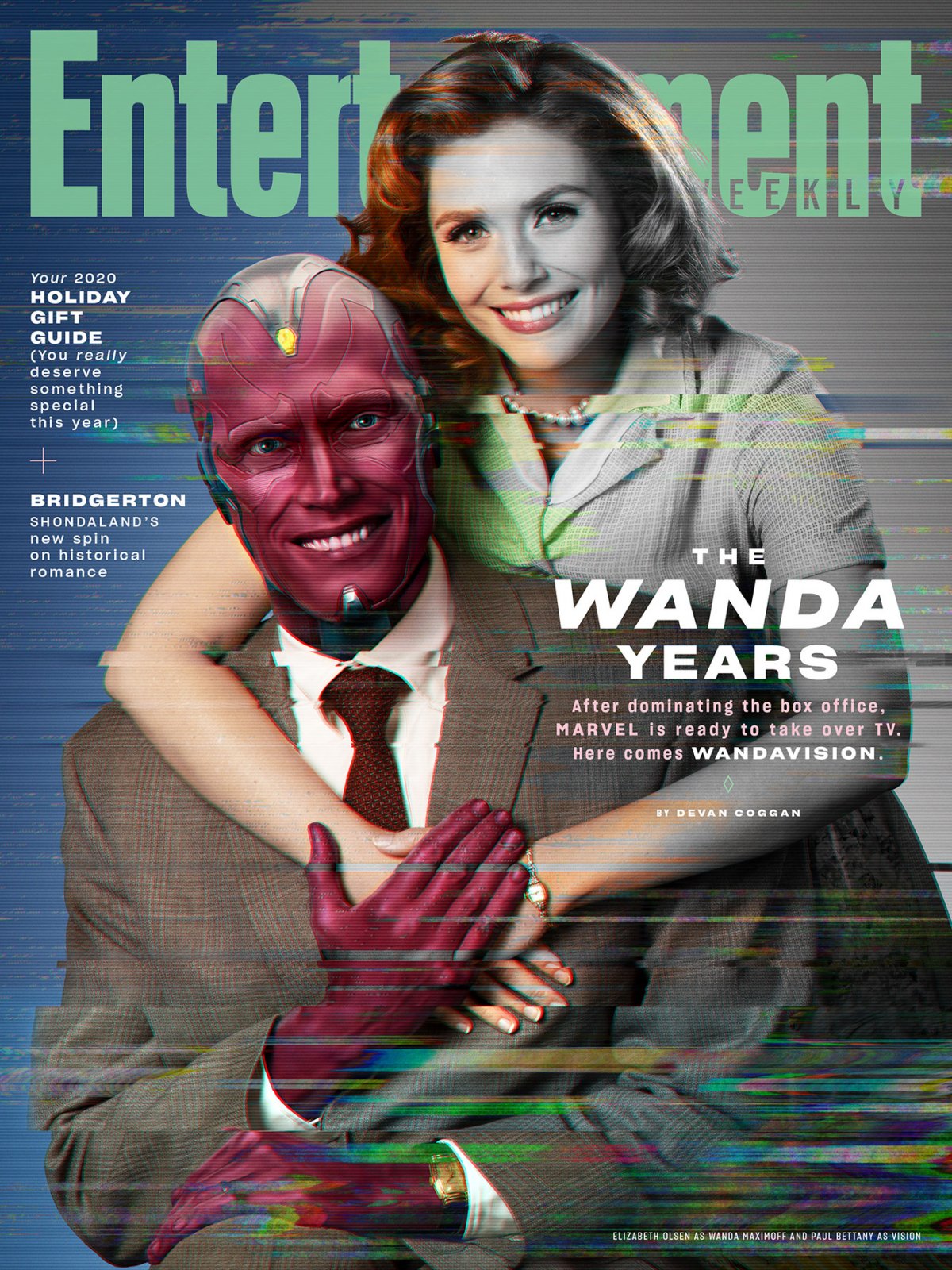