When a monkey finds Jesus. 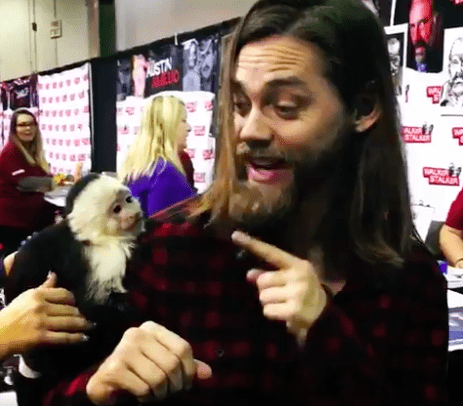 Well, the results are simply adorable. This weekend during Walker Stalker Con Charlotte, a service monkey was present and decided to make friends with Tom Payne, otherwise known as Jesus on The Walking Dead. Payne firmly instructs his new friend not to munch on his long hair!

Check out the adorable video below!

“Don’t go in my hair!” @thetpayne meets a curious monkey at #WSCCharlotte!