… as long as you bring us guns. Lots of guns.

Hello Geeklings, sorry there was no preview for this episode but I had a wee bit of computer trouble which prevented me from writing a lot this week. My apologies, but things seem to be up and running now, so, here’s hoping. But enough of my sob story, we’ve got an episode to break down.

Last night was quite the busy episode for The Walking Dead as the board continues to get set for the rebellion against the Saviors. All this set up is good but I would argue that the last three or so episodes of this season are starting to tread into that plateau/spinning wheels phase that every season of this show seems to run into. I argued last week that the Kingdom not agreeing to go to war was just prolonging the enviable, and while this week saw Rick and company make some headway in their rebellion, it does seem like actual action is still a long way away. I just hope that momentum doesn’t stall before the actual war gets here, and something tells me that’s going to be a large part of next season. We shall see though.

When we last saw Rick and the gang they were being surrounded by a group of heavily armed mole people, and Rick was smiling. Now I get that Rick doesn’t smile a lot, but I felt this episode kind of beat a dead horse about that. We get it, Rick is serious but we don’t need every other character pointing out that his mouth was doing something unusual. Sometimes the moment can be processed by your audience without pointing it out. Just a thought. 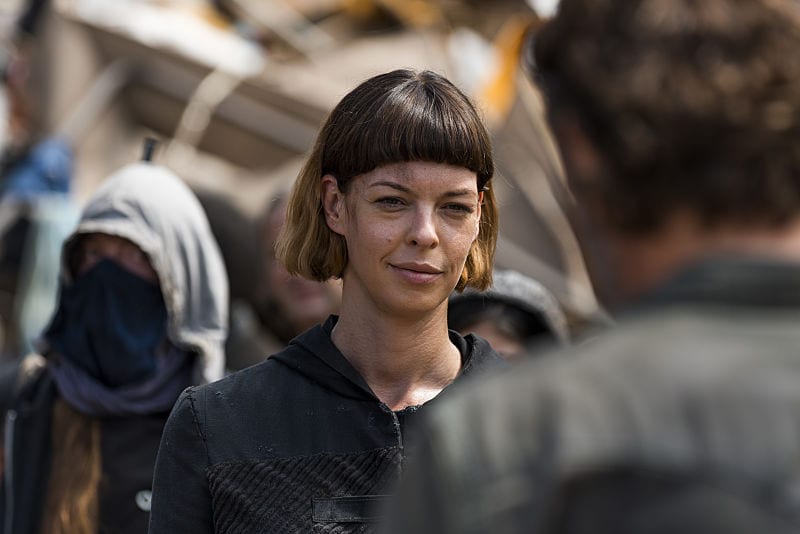 These mole people brought our group to their secret dump lair as they formed a circle around our heroes, which I naturally assumed was for the most intense game of Red Rover we’ve ever seen. Rick, being Rick, tells them what he’s looking for and how they can help each other in his continued plea to find any army. The leader of the mole people emerges, her name is Jadis, and home girl is strange. I mean, she’s the very existence of monotone and deadpan. Jadis doesn’t seem to be phased by anything. Her and her group seem like leeches, just praying on those who are fighting to survive which makes the dump lair sort of appropriate.  Seeing as the mole people don’t exist in the comics my immediate thought was this was something bigger. That the show was putting in the ground work for a bigger story concerning the Whisperers. Granted, I know not all of you read the comics, but those of you who do, didn’t Jadis remind you of Alpha? I’m not sure if I want to be right about this or not, but if it turns out to be true then good for the show in setting up the foundation for this early. Seriously, just shave her head and I could totally see it. Plus that’s the tone of voice I’ve heard whenever I’ve read the Alpha character, but I digress.. for now.

Eventually Rick talks Jadis into considering working with Alexandria, but of course he has to prove himself in a Thunder Dome like trash battle against the world’s coolest looking zombie ever. Seriously, I’m considering writing Funko and telling them that they have to make a pop of dear old Winslow because I need that in my life. This was one of the episode highlights for me, as Rick showed why he’s Rick and eventually (with the coaching of Michonne) took out Winslow (oh). I had a funny thought when Rick sacrificed his hand to help get some advantage over this medieval death trap; how funny would it be if that’s how Rick loses his hand? Comic fans are aware that Rick has been sans one hand since the Governor days and have often wondered if that story line would work it’s way into the show, but wouldn’t it be something if Rick loses that hand because he isn’t able to get a tetanus shot. I don’t know, made me chuckle. 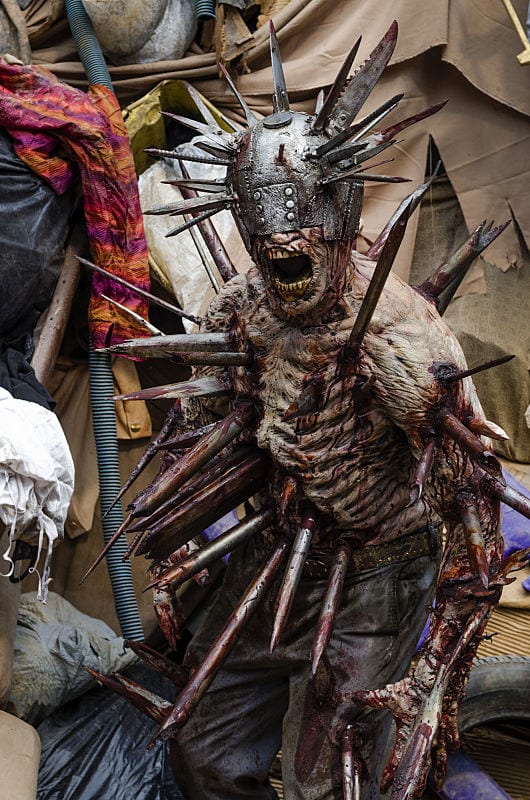 Rick wins, duh, and Jadis and her trash army agree to work with him to battle the Saviors, as long as Rick and company provide them with guns. Lots of guns. Not a bad arrangement and brings that coastal colony back into play. After a little bartering, where Rick gets to take back his food and his priest, we have an agreement. Huzzah! Now on to the next phase, finding guns. Ummm, hello Tara, is there something you would like to tell us? I think there is. Out with it now so we can get this war started.

Elsewhere Daryl is reunited with Carol in everyone’s favorite platonic romance. I think at this point it’s safe to assume that nothing is going to happen between these two much to the relief of King Ezekiel. Come on, my man has a wee bit of a crush on the one woman army that is Carol. You don’t just have Jerry (yay Jerry!)  hand off cobbler to anyone. You might as well draw hearts where his eyes are supposed to be. Outside of Winslow the Walker of Doom, this was my favorite moment of the episode. Watching Daryl and Carol interact was both tender and touching. Daryl’s lie helped bring peace of mind to Carol who would have felt responsible for the deaths of Glenn and Abraham otherwise. She knows her skill set and what she brings to the table and the knowledge of their deaths would instantly pull her back into the muck as well as riddle her with guilt. Carol would take a large part of the responsibility of Negan’s actions because she will always feel that she could have prevented it, that she let the group down. So while I understand why Daryl lied, I don’t agree with it. If we the audience know anything about when television characters lie, it’s that that lie never stays hidden forever. Outside of that this moment was super touching. I loved Daryl going back for that second hug. It’s almost like Carol is the only person in this world who can reign him in or make him feel human, and I think in some ways Daryl has that same effect on her. They anchor each other. Strong episodes from both Norman Reedus and Melissa McBride.

What did you think Geeklings? Another “okay” effort from The Walking Dead or are you happy to see things coming together? Comic book fans what do you think of my Whisperer theory? Are these mole people the long term answer that Rick seeks or a bigger problem in the future? What will it take for the Kingdom to see the severity of the Savior problem? Sound off in the comments below, and let’s cross our fingers that maybe, just maybe, there’s a chance for us to see Winslow again. That thing was awesome! See everyone later this week with a preview (I promise) and if you want to chat you can always find me on Twitter @iamgeek32