Well, I have to say that episode was fully worth the 90 mins. One of the things I have loved about this season is how much the show has been diving into character. Don’t get me wrong, if any show has been on for seven seasons their character development has to be good, but this season of The Walking Dead has taken these characters that we’ve known for so long now and really added new layers of depth to them. The deconstruction of Rick and Daryl, everything about Negan, Michonne, Carl, and Rosita have all been developed perfectly in this new world. In the past I found that The Walking Dead would sacrifice plot in order to focus on character development but this season has been a total reverse of that. Everything about this season has not only progressed the plot and fleshed out this new world our characters live in but also really made you feel for everyone. The events from the premier loom large over head and the ripple effects are far reaching. I’m willing to say that we still haven’t felt all of the ramifications. 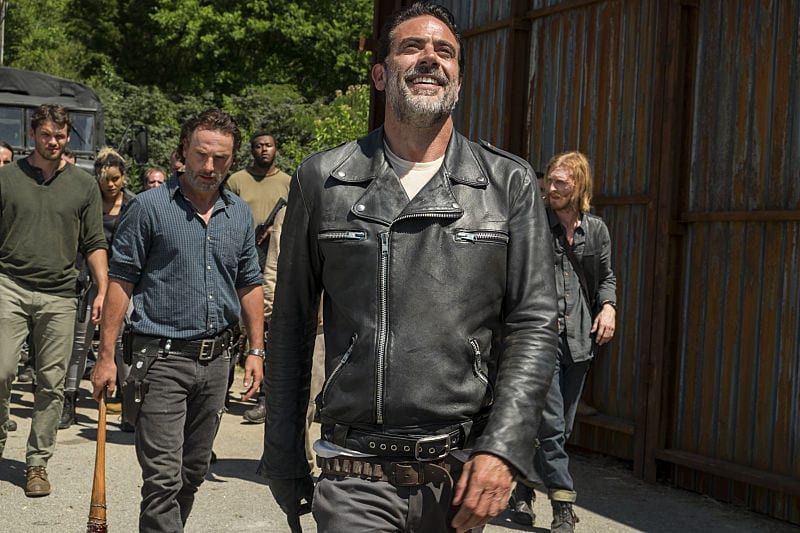 Look at last night, it was our first time seeing Rick as the non-leader leader and it was brilliantly orchestrated. Seriously both Andrew Lincoln and Jeffrey Dean Morgan have such a chemistry together that the relationship between Negan and Rick has been nothing short of compelling. The hate oozing off of Rick is palpable but also is his inability to do anything about it. The fact that the first thing Negan did was ask him to hold Lucille was such a mind eff on soooooo many different levels. Let’s take it at the most basic level. Negan is so confident in his command over Rick that he hands him a weapon and asks him to carry it all day, then proceeds to turn his back on him multiple times blatantly teasing Rick with the prospect of trying to kill him. It’s a dare of such sick proportions that you can’t help but admire the, ummmm, man bush (can I say that?) of Negan. Jeffrey Dean Morgan’s portrayal just radiates charisma and confidence that you never doubt that Negan is the one winning here. You actually feel for Rick, with his sad puppy dog face and hollowed out eyes, as he’s given opportunity after opportunity to avenge and can literally do nothing. He’s preaching to his people that this is the way of life now so how could he possibly just kill Negan? No one would survive. The Saviors would lay waste to Alexandria which would be all the more easier considering they have all their guns now.

Yet, there is another layer to this neutering. Negan, almost as if it was nothing at all, hands off Lucille, the weapon used to killed Glenn and Abraham, as an after thought. “Oh, could you please just hold my bat for me. That won’t be a problem, right? Just a bat to me. What does it mean to you?” Well, it means everything to Rick. It’s a reminder of his guilt, his defeat, and his loss. The blood still caked on there could be either Glenn or Abraham’s (how does one clean a vampire bat?) or it could be zombie blood. That doesn’t matter as it stands as a reminder of how deadly the bat and it’s owner are. Negan is incredible at doing the little things that hurt so bad. I loved watching Rick walk around Alexandria with Lucille, and not because I enjoyed seeing him defeated. I loved what it does to the character dynamic. When Rick holds his town meeting, Lucille is present even though Negan isn’t. It’s like if you turned the Scarlet Letter up to eleven and then soaked it in blood. How can Rick possibly hope to save face with his people now when he’s so far gone at this point. 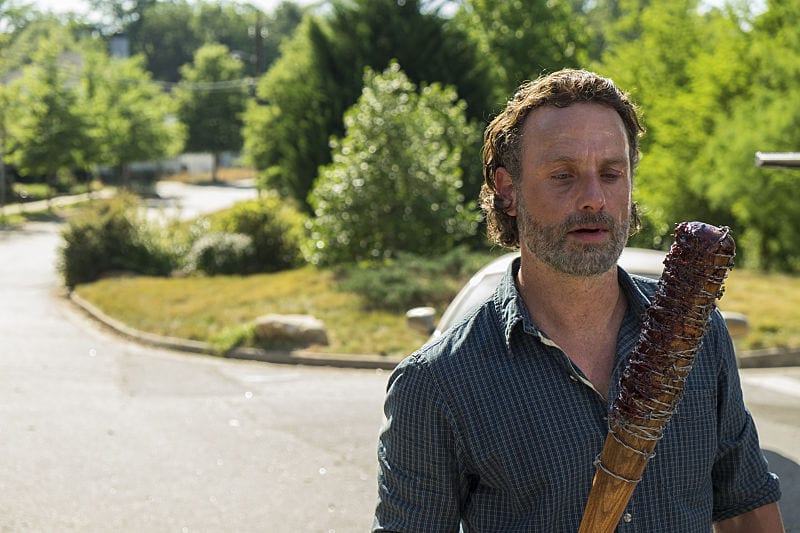 Not everyone in Alexandria has lost their fighting spirit though. While the Saviors ran sacked the town for everything good (mattresses, chairs, all the little things that make life comfortable, but not food… smart business play there) Carl refused to back down. I know this could lead to that classic internet backlash of Carl being Carl. You know, that same kid who refused to stay in the house, ever, and was always screwing things up. I think Carl had a legit claim to defend what was his, especially as he’s watching his father just let it happen. Granted Rick’s back is against the wall here and there really isn’t a whole lot that he can do but Carl refuses to stand ideally by and allow the Saviors to have their way. It does ultimately blow up in his face though as it reminds Negan that he needs to collect their guns, but I would argue there was no way they were going to keep them any way.

Like I expected, Michonne is trying to take on the Andrea role from the comics as she teaches herself to be a sniper. The results are not very good but it was a first step in trying to prepare herself. Granted any other future practice was taken away from her when Rick forced her to give up the rifle but the spirit is still there. Michonne is trying to keep the peace, for Rick’s sake, but you can tell that she has a very low tolerance for it. The smallest thing is going to cause her to crack and I think we saw that at the end of the episode when she discovered all the mattresses from Alexandria on the side of the road burnt to a crisp. The mattress burning is such a display of Saviors power and how little they think of the people of Alexandria. It all circles back to what I said a couple of weeks ago about Negan’s personality. He’ll find the humor in his cruelty because everything is a joke and considering how all the Saviors are “Negan” then they’re all for it too. I will be curious to see if Michonne is able to sit on this long or if she starts doing tiny things to revolt.

Then there was Rosita and her mission to get a gun. I’m happy to see her role expanded in the show as I always enjoyed the character in the comics but there’s no way this can end well for her. I do like the idea of her and Eugene working together considering that the two of them were introduced together, along side of Abraham, and it brings kind of full circle with them. Let’s be honest though, what’s one bullet going to do? I would argue more harm then good. Say she is able to kill Negan what happens after that. The Saviors seem to be a rough bunch who are held in check by their leader, if he’s gone how much worse can they become? Is that something we really want to find out. I admire the spirit here but I think this will do more harm then good. 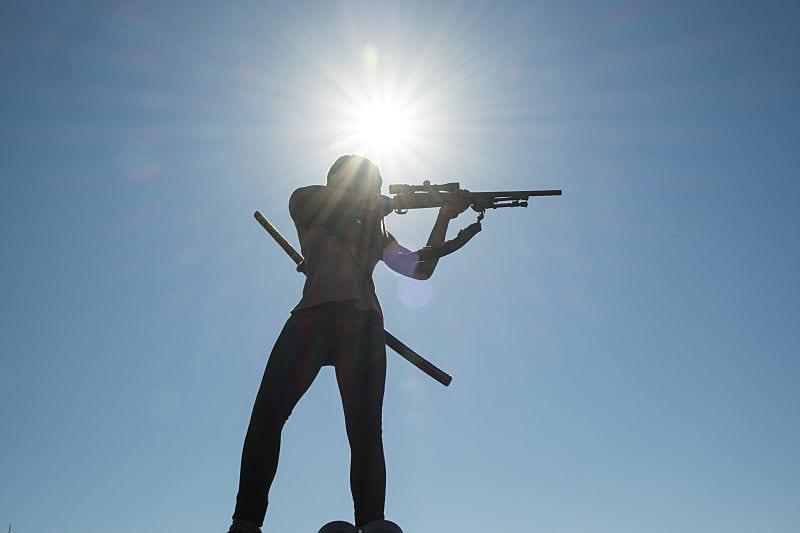 A couple of other thoughts before we move on-

There you have it Geeklings. This week we saw Rick and company for the first time since the premier and things aren’t looking good for them. Negan came and flexed his muscle but left the food. Daryl continues to be a whipped dog and Michonne could be ready to rage against the machine. What did you guys think of this episode? Where do our survivors possibly go from here? Sound off in the comments below or you can follow me on Twitter or Instagram @iamgeek32