It’s amazing what the return of one character can do for the tone of an episode. After last weeks “okay” outing, The Walking Dead was back on track this week with another excellent ninety minute episode. I just wish I had known ahead of time that it was a ninety minute run time  because I still had ninety minutes of Westworld waiting for me afterwards. Just means that your fearless leader was up pretty late last night watching some excellent television. There are worse things I suppose. But we’re not here to talk about Westworld, although something tells me that I could circle back because man do I have thoughts, we are here to talk about the adventures of Uncle Negan and Carl though. 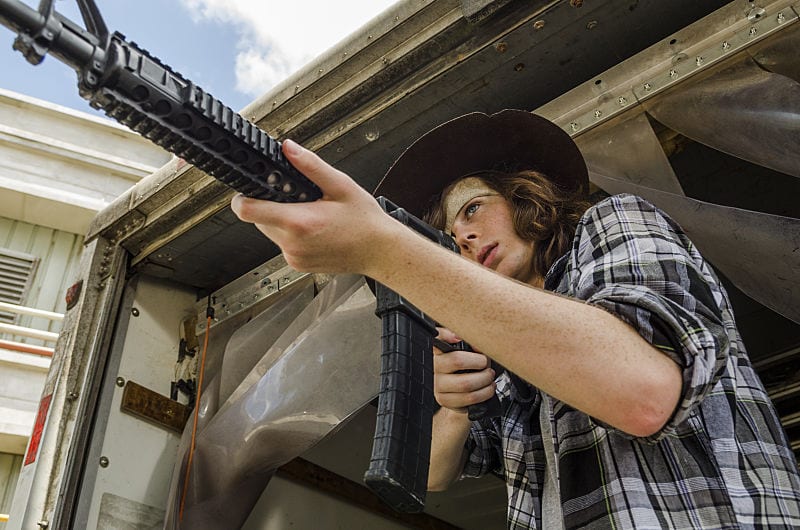 Last night served as a fantastic reminder of just how far Carl has come since the start of this series. He used to be the boy out in the woods getting shot instead of a deer or the boy who wouldn’t stay in the effin’ house no matter how many people told him (seriously Carl, stay in the house for the love of God!) but Carl has grown a great deal since he’s had to kill his mother which makes sense because doing something like that can change a person no matter their age. And while we were reminded that Carl has grown into someone capable of making tough decisions in the zombie apocalypse we also learned that he still has a lot of growing up to do. We forget, like Negan, that he’s just a child. Or more like a young man who not only has to deal with zombies but puberty. I’m so glad that I didn’t have that problem. I was awkward enough without the threat of the undead wanting to eat me… I guess though that’s quite the metaphor for high school. I digress.

Let’s talk about Carl’s plan first because despite how far he’s come in this world there is little doubt that this was a crappy/selfish plan. One has to believe that Carl couldn’t have expected to survive his little assault on the Saviors. The odds were stacked super against him and even if he had killed Negan there was no one there who would have been able to save him from the retribution. Just think what that would have done to Rick. Rick has a pretty full plate of shiz that Negan is making him swallow on a constant basis and to have the Saviors return the dead body of his son would have crushed him. I don’t even want to know what kind of Rick would have risen out of the ashes of that loss. All I know is it’s safe to assume that it would be messy and violent. Very violent. While Carl’s heart was in the right place, who wouldn’t want to avenge their friends, his mind clearly was not. The fallout from his actions could have been catastrophic across the board and may even have caused the end of the “truce” between Alexandria and the Saviors, and if that would have happened no one would have survived.

Leave it to Negan to take a situation that could have been sheer doom and find an opportunity out of it. We can say a lot of things about Negan, like how he’s a pig and a bully but also a leader and charming in all the ways that makes us want to hate him but can’t. Carl was able to kill two of his men before Dwight took him down, and no one would have faulted Negan for killing him. Well, outside of the audience. I still have a tough time when shows kill kids. That episode of Game of Thrones with the sacrifice to the God of Fire. Nope. That’s the only real time that show has pissed me off to the point where I thought I could stop watching. We don’t kill kids and we especially don’t burn them to death. Shame on you Game of Thrones. Shame (pun intended). 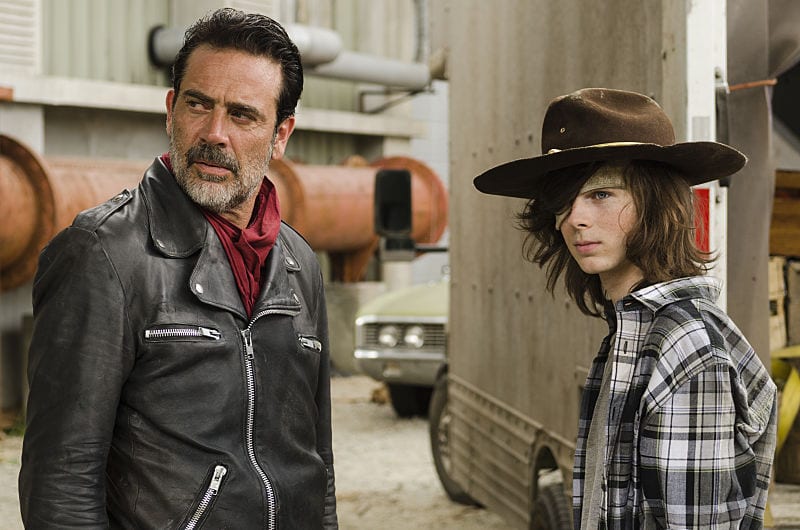 I think the Walking Dead has been trying to walk the fine line of making Negan this unstoppable force/monster but also doing a number of things that make it hard for us to hate him. It would have been easy for us to look at him after he reacted to Carl’s eye and just go “man this guy is just a bag of d’s. That’s a kid”, but right as we’re forming that thought there’s this glimmer of humanity that shines through. There’s an actual apology and the appearance of guilt and maybe some shame (shame). Negan realizes that Carl is indeed just a kid and that while it’s easy to crack jokes and make light of things there’s a person who is growing up in this crappy world and still trying to figure out their place while being self conscience of things. It’s a very real moment where we kind of see that maybe Negan does understand somethings and he’s not totally bad. Then he goes and puts a hot a iron on a mans face for talking to one of his “wives” and we suddenly don’t know what to think. Like any good villain, Negan is layered and that’s what makes him so commanding.

Quick Side Note: I would argue that Negan might be trying to have Carl own his scars instead of hiding them. Be proud of what you’ve earned because you’re still alive and look rad because of it. Plus it’s a great way to manipulate Carl against his father. “Uncle Negan doesn’t think I’m ugly!”

Negan returning Carl home is an interesting move. It displays to Rick and company that he’s fair and compassionate in not killing the boy despite his machine gun mayhem, but it also helps to further humiliate Rick. “Looks like you can’t even watch after your own son, how can you be expected to watch over these people”. One has to wonder if that’s going to be the breaking point for Rick. Everything he’s done thus far has been to keep Carl and Little Ass Kicker alive, and to be told he’s a crap father by a man he detests could push him over the edge. It seems that everything concerning Rick right now is fragile and just waiting to explode.

Some other thoughts before I leave you 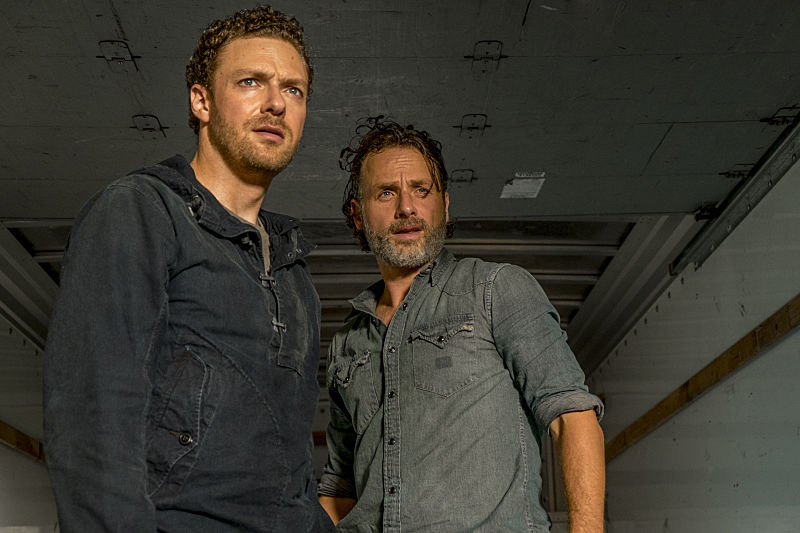 There you have it Geeklings. Only one episode left before the midseason finale and we have a lot of balls in motion. What is going to be the outcome of Carl’s visit to the compound? Can Rosita successfully kill Negan with her single bullet? What’s going to happen to Michonne when she finds out Negan isn’t there? Can Daryl escape? Tons of questions to consider. As always the comments are yours and if you want to talk more you can get me at Twitter @iamgeek32. Let me know what you’re thinking Geeklings. Until next time