Last night we got an episode of The Walking Dead that wanted to tell two stories that intersected together in the hopes of forming a larger, parallel narrative, and instead we got an episode that told two stories that seemed to want to be tied together and maybe they are? There was no real certainty when the episode ended on that cryptic exchange between Eugene and Dwight, but as a moderately smart television viewer I’m assuming that the show runners want us to assume that Eugene and Dwight are heading towards a team up because they’re living the same life under different circumstances. For example Eugene gets pickles and Dwight has the discarded wedding bands of his wife. Totally the same type of living. While this team up may have been implied it was far from clear. 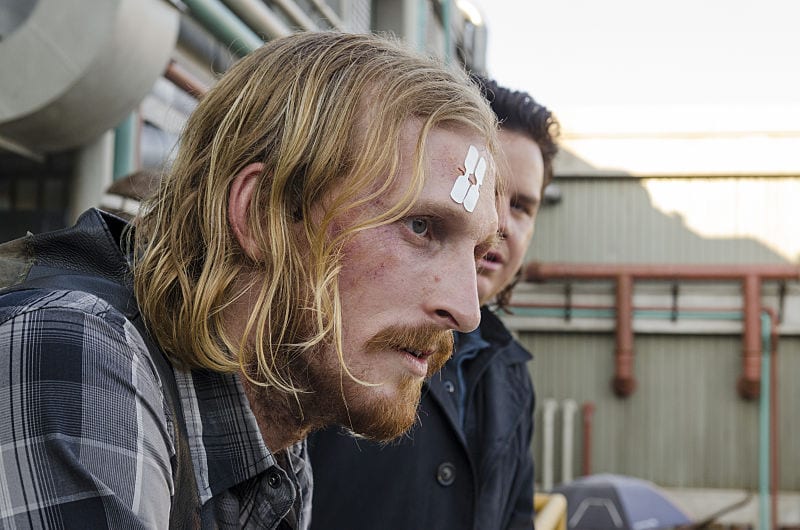 Let’s start with the (A) story or the Eugene portion of the evening. We haven’t seen poor ole Eugene since Negan took him out of Alexandria for creating the bullet that scarred Lucille (oh no you didn’t). As far as character transformations are concerned, I know that The Walking Dead likes to point out the progress that Father Gabriel has made from being the world’s worst parish leader (“sorry church is closed, may God help you with those walkers cause I won’t”) to now worshiping at the alter of Rick, and that has been all well and good but not enough has been made out of what Eugene has been doing. Ever since the season finale of season six, where you Eugene took the RV to what was certainly going to be his death, he has showed these glimmers of courage and resolve. Nothing dramatic, outside of the RV ride, but there have been these moments where you see Eugene and know he’s not the same guy who was leading a group of friends to nothing in Washington D.C.. This is someone who is learning how to live and contribute, and that makes it easy to root for him. Especially now that he’s stopped watching people have sex. That’s just weird Eugene. With all that in mind I was curious to see what going to Negan’s compound would do to everyone’s favorite mullet topped, cargo short wearing, socially awkward genius. The answer was… take giant steps backwards.

From the minute that Eugene enters the compound he starts to back track into his old ways. Picture him as the frightened turtle who would much rather stay inside his shell then actually deal with the problem at hand, and Negan knows this. Negan exploits this. Negan thrives on this type of behavior. How hard can it be to manipulate someone into worshiping you when this person won’t even make eye contact or is afraid of their own shadow? Which I think is the point here. The Walking Dead wants us to shake our head at how Eugene folds quicker than a lawn chair. Seriously, has anyone claimed to be Negan faster? But the reality of the situation is I don’t think he necisarrialy is Negan, and if you find yourself disagreeing with me that’s alright because this episode didn’t really do much to disprove that theory. That’s where the (B) story comes in. 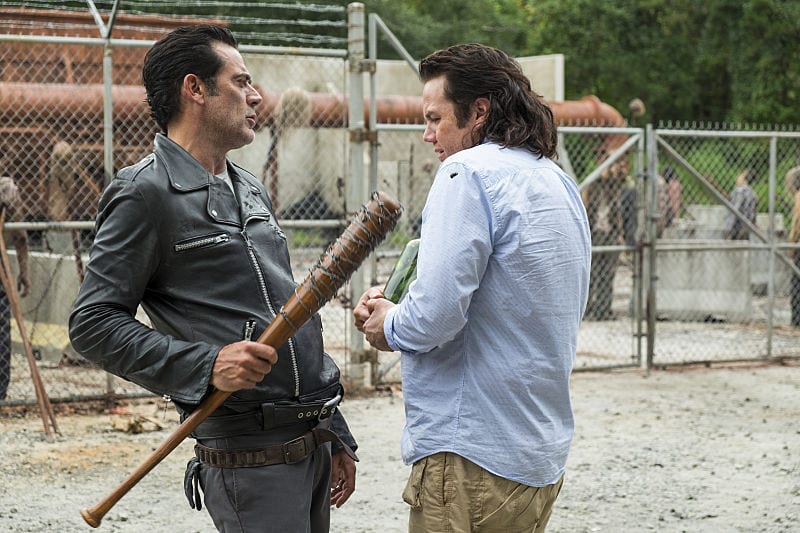 As a fan of the comic I can honestly say that I believe that the show has no idea what they’re doing with Dwight, and if they do then they really need to work on their presentation. At one moment he becomes super sympathetic in his need to save his wife. Searching their old home with the letter voice over was such a tender moment. It was heart breaking and gut wrenching hearing Honey say that Dwight wouldn’t even remember that this was the spot to meet or how he said he’d bring pretzels and beer (he didn’t forget and my heart teared up a little). The part that got me was the I loved you for who you were and I’m sorry that I caused you to become who you are. Ugh. If that doesn’t just bring you to your knees in crippled heart ache then maybe you need to see a doctor to steal lollipops from. This is the Dwight that I can get on board with. The man who hates Negan and does his bidding to keep his wife safe because despite all that they’ve been through he still loves her and wants her safe. I want my Dwight to leave behind pretzels and beer, and I want his wife to find them to know that he cares and he’s not all lost.

Then we get the Dwight at the compound who goes out of his way to set the doctor for helping Honey escape. I’m sorry, what?! Don’t get me wrong I think I get it. Dwight getting the doctor cooked still protects his wife, to a degree, 450 degrees even. Get it? That’s a fire joke. Sorry… Blaming the doctor shifts the spotlight off of Honey and makes it seem like it was the doctor’s idea for her to escape (I think) thus causing her not to be in trouble if she’s ever caught again. Except, Dwight told Negan that he killed her. Which means if she’s found again then Dwight is a dead man The whole transaction didn’t make any sense and just makes Dwight come across more vendictive and petty then anything else. It’s clear that Negan is the one he wants to see dead, which makes me wonder if this is how Dwight takes out his frustration. I said this earlier in the season but this show finds itself building sympathy for a character only to turn him back into an a-hole ten minutes later. Make up your mind! Are we supposed to trust this guy or hate this guy? Sure, you can do both but at least make it fun to debate because right now he just comes off as confusing which is killing any emotional connection the audience may have with him. 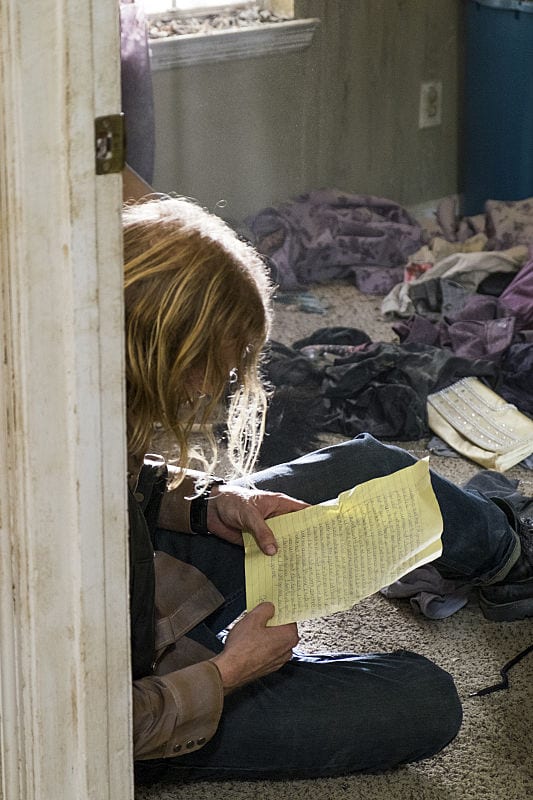 These two stories are supposed to intersect in some dramatic moment at the end when Dwight and Eugene are watching Eugene’s awesome walker preservation plan go into motion. The two of them share an “I am Negan” moment that’s supposed to seem suspicious but instead sort of falls flat. Are these two actually Negan or is there something else at play here. Why in his right mind would Dwight want to be working with Negan? Doesn’t it seem at this point that he has nothing else to lose? Couldn’t he be bringing this whole thing to its knees from the inside? Sure he can, but we’ve been given no indication that that’s actually happening. Instead Dwight is getting doctors roasted. Then there’s Eugene who creates a suicide pill that is clearly for Negan and then doesn’t use it. What’s the point of keeping him alive? Does Eugene think that he can bring the compound crashing to the ground by playing the coward? Is it possible that Eugene could pull himself away from his Atari long enough to learn the ins and outs of Negan’s operation in order to help Rick and company? We don’t know because this episode didn’t give us any indication of that. All we got was an awkward conversation between two characters at the end who were supposed to have mirroring stories and the assumption that not everything is as it seems.

What did you think Geeklings? Am I being too hard here or did this weeks episode miss the mark? I want to believe that they’re teasing a secret alliance between Eugene and Dwight but if that’s the case the hints were way too subtle. Are you happy to see Eugene become Team Negan? Is Dwight a sympathetic character or just a bag of d’s? Sound off in the comments below. If you want to talk The Walking Dead or anything else geeky you can find me on Twitter @iamgeek32, and be sure to check out my blog I Am Geek if you want more of my head thoughts. See everyone next week!