Yesterday in my very hasty and very rushed episode preview I mentioned how we might be seeing a new direction for Maggie, and last night’s episode cashed in on my words. I always love it when the television programs I’m reviewing vindicate my words. Makes it seem like I know what I’m doing. Spoiler alert I sort of do. A little bit. Sometimes… a few times. There are times where I get things right. 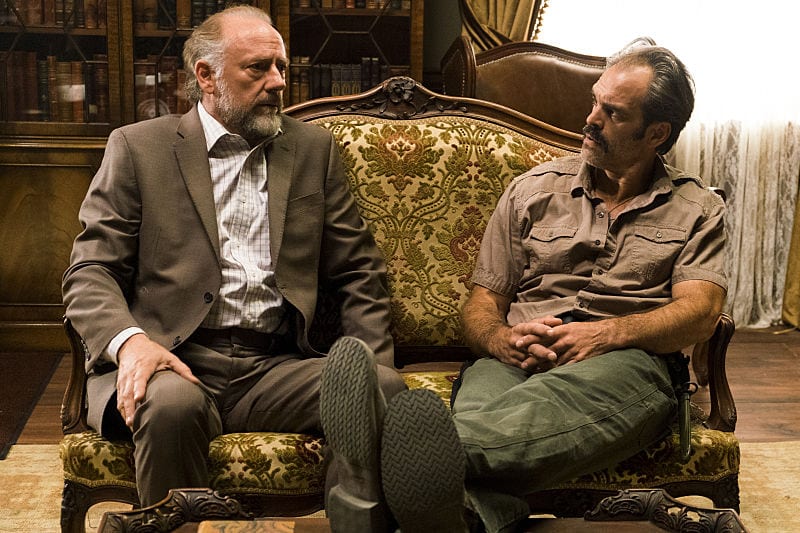 Last night we got to visit the Hilltop for the first time since last season where Rick and Company very arrogantly agreed to kill the Saviors. A task that they saw as super easy but we now know was a wee bit over ambitious. Since we last left the Hilltop praying for the sweet release from Negan’s grip not much has really changed. For a place that looks pretty lovely to live it’s a mess, and that’s in large part due to their leader Gregory. That man is a snake. As in he has no spine and will strike out when backed into a corner. No I don’t think you guys needed the definition of what a snake is but as a writer I really wanted to paint my picture.

Gregory is kind of the worst. We’ve met characters that are far worse but there is just something utterly deplorable about this guy. Let’s start with the obvious, he’s a super crappy leader. At no point since we’ve met him has he done anything to assure us that he has the best interest of his people in mind. The only person that Gregory cares about is Gregory and he’s willing to do anything to assure that, and I loved the little things that happened this week to undermine that. Like Jesus hiding Sasha and Maggie in a different room when the Saviors came or when Maggie punched him for taking Glenn’s watch off his grave. Gregory is slime that is respected by no one, Simon clearly treats him like a joke, and that’s because he is. The man seems to bend at the sign of any confrontation and is so afraid and shallow that he’ll bow to someone who isn’t Negan. Grow a set man.

It is clear that Hilltop is in need of some new leadership and that’s where I’d like to nominate Maggie as the leader we both need and deserve right now. We found out early on that both she and baby Glenn are alright which is a huge sigh of relief. I don’t think I could have handled any more pain for that little family. The birth of that child should be seen as a ray of hope to carry on the legacy of Glenn while representing that even though he’s gone (and quite horribly) that there is some form of hope and love within this bleak landscape. I would argue that this is the first episode to fully explore the grief in the loss of Glenn (and Abraham) as both Maggie and Sasha were directly connected to them, and while this episode focused more on Maggie didn’t shy away from the fact that Sasha wants revenge (requesting Jesus find out where Negan lives and to keep it a secret from Maggie). 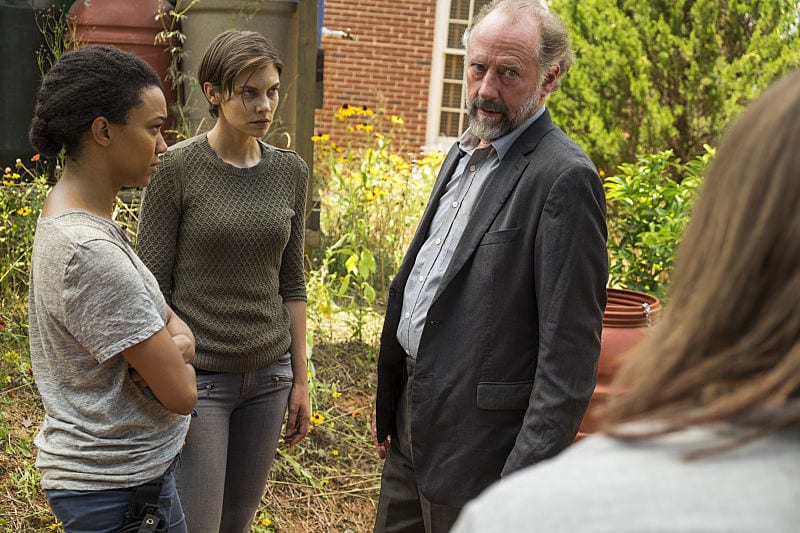 Much as expected, Maggie doesn’t fold in on herself like a dying star (that’s an Office reference for those of you who don’t know… yes I watch pretty much everything) and refuses to stand still (much to the chagrin of her doctor I’m sure). Maggie took the opportunity to emerge as a leader this week and while she may not see it yet (Jesus kind of heavily implied it near the episodes end) I would argue that’s what makes her perfect for the job. She’s not thinking about herself. Clearly when the Saviors let in the walkers to a classical soundtrack (one of two scenes I absolutely loved. This one reminded me a lot of V For Vendetta) Maggie wasn’t thinking about herself and the baby. She was climbing out of ceiling hatches and driving large tractors to take out walkers and to destroy the car with the bitchin’ soundtrack. She does this in order to keep the people of the Hilltop safe while Gregory sinks back into the shadows (quite literally). Maggie is using her pain and grief to emerge as exactly what this universe needs, a true leader.

Yes, Rick has been a pretty good leader thus far, although some of his actions have been questionable and he is heavily ruled by emotional outbursts, Maggie seems to be the most even keeled potential leader we’ve seen thus far. No one would fault her for being focused on her pain and grief and seeking revenge, but Maggie takes that pain and that grief and turns it into something else. An appreciation for what they have (or in some cases had). She’s preaching a strength and support through bond and banding together. A plan of “you’ll never be alone because I’m here for you and you’re here for me” is exactly the optimism we need right now; looking at the positive and trying to build something beautiful over a world that is often ugly and depressing. Maggie 2020!

Elsewhere, Carl and Enid embark on a trip to the Hilltop where Enid needs to see Maggie (because feels) and Carl acts like he’s there to make sure she gets there safely. The fact of the matter is Carl is trying to sneak over to Negan’s compound so he can kill him. You have to admire Carl’s ambition here even though it’s greatly flawed, and I don’t believe that his escorting of Enid is that shallow. It’s clear that Carl cares for her (ooooooooh I saw them kiss) but unlike Maggie, Carl is using his grief to fuel the fires of revenge and when one does that they never really see things clearly. Not to mention he’s a boy on the cusp of puberty and can’t see things clearly anyway so one can imagine that this plan is doomed to fail. 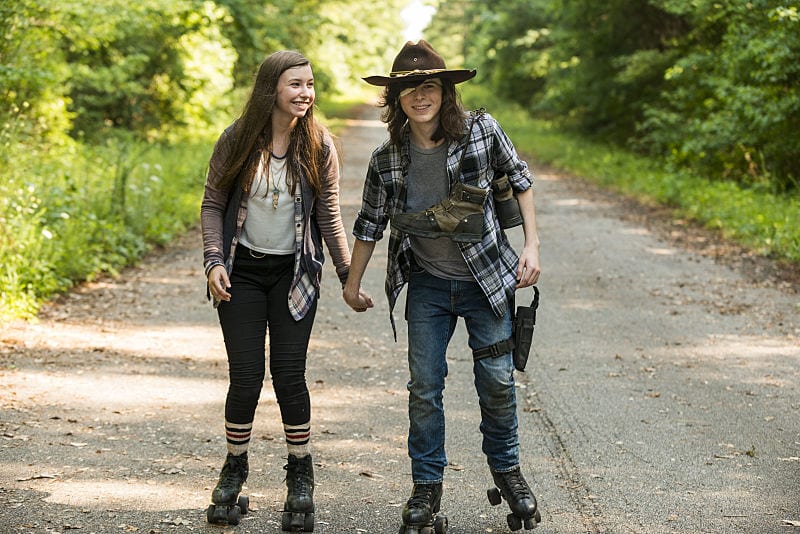 The parting of Carl and Enid was touching and painful as he promises to see her again while Enid (no stranger to how this world works) says he won’t. Sometimes we forget that these two are just kids who have the misfortune of being raised during the zombie apocalypse. I thought the roller skating scene (my second favorite scene of the night) played as a great reminder of that but it was nothing more than a fleeting moment. There is no resting in the idea that they are young with the world at their finger tips, at some point the reality of a world overcome by zombies becomes all too real. Where two young people part ways with the hope of seeing each other again but knowing that the chances of that are pretty slim. It’s a tough way to grow up.

Other things that stuck out for me-

There you have it Geeklings. This season of The Walking Dead continues to fantastically build characters while expanding the universe they live in and the plot which is something the show has struggled with in the past. There really hasn’t been a bad episode yet this season. What did you guys think? Feel free to sound off in the comments below or if you’d like to talk with me on a more one to one level, you can find me on Twitter or Instagram @iamgeek32. If you don’t pop into my Pull List column on Wednesday (why not? We talk comics) be sure to have a safe and happy Thanksgiving Geeklings! And I promise to have my preview up in time this week.