Season Eight of The Walking Dead has been nothing but war. An “All Out War” if you will, har har har. It’s been Rick and Company against the Saviors and the last three or four episodes have depicted the events of one long battle. Surprisingly though, throughout this entire war, we have only seen the head of the opposition one time. Just once. Briefly. Brief enough to be considered a cameo appearance. Well, it looks like the wait is over my friends and Negan will finally be returning to our screens tonight.

One of the most frustrating aspects of The Walking Dead, for a number of seasons now, is their pacing and ability to address a number of different characters in one episode. Most of the time the show chooses to focus on one to three main characters for an episode before circling back to address what was happening with the rest of the cast in the next episode. Clearly, the show has not adopted the Game of Thrones format of storytelling, but I digress…

Negan returns tonight and that’s what matters. The Walking Dead is leagues better when Negan is around so we’ve got that going for us. When we last saw Negan and his vampire bat he was locked in a building with Father Gabriel while his compound was surrounded by walkers. Not the best of situations to be in and one has to wonder how he’s going to get out. I don’t see him still being trapped by the episode’s end, I mean how long can they keep him off-screen, but what does that mean for Father Gabriel? Will he become another Savior hostage? Will he become Negan? Will he become dead? Could Father Gabriel give Negan the edge he needs to turn the war around? 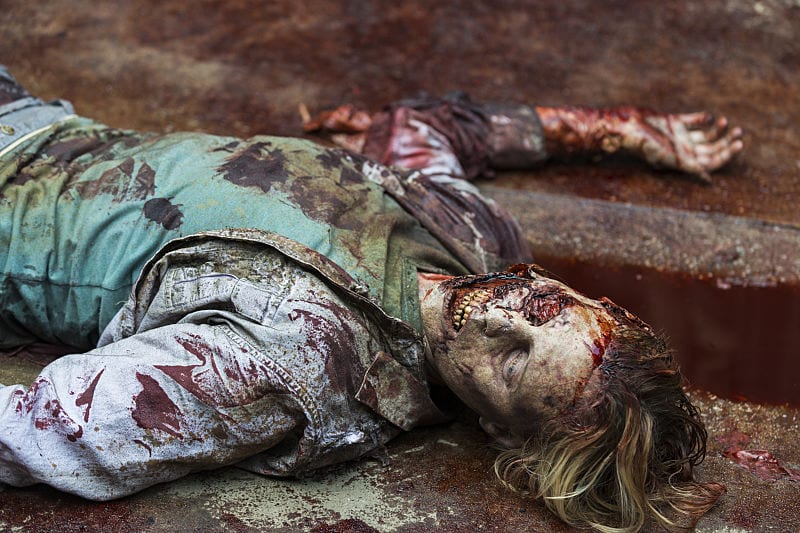 As for the rest of the Saviors, I would imagine that they’re trying to hatch a plan to get Negan back into the compound. Time for Eugene to earn his keep, unless he’s a secret operative working for Rick. So secret in fact that Rick has no idea. Something doesn’t smell right with this whole Eugene thing. I know the Saviors all believe that they’re Negan but things tend of all apart without their leader. Simon understands the Saviors are their best with Negan calling the shots so I fully expect him to take charge here. If the trailer is any indication I would also imagine that the Saviors are going to begin to suspect that there is someone on the inside working against them. Might be time for Dwight to start keeping a low profile.

There you have it Geeklings. I fully suspect that this episode will be Savior-centric. Are you happy to see Negan return? What do you think will happen to Father Gabriel? Is Dwight in trouble? Sound off in the comments below. Happy viewing!