I know this season has been kind of gutting, in the sense that all of our favorite characters are mostly broken and defeated not in the actual guts that are falling out of zombies, but is it me or does it seem that we’re due for some heartbreak? Again, I understand that this season on a whole has been pretty heartbreaking but it also has been the most compelling the show has been ever. I have loved everything this season has done so far with character development and expanding this universe especially when you consider how many new locals there are. Although I would argue at some point they are going to have to incorporate a Game of Thrones style of story telling to keep the ball rolling here, but that’s a discussion for another day. We were currently talking about heartbreak and how I think we’re due for some. If you think about it no one important has died since the premier (not to sound like a blood thirsty savage here) but I think it’s time that we’re reminded that no one is safe.

Last week ended with Carl and Jesus heading to the Saviors compound (sounds like the failed title of a children’s book. The Adventures of Carl and Jesus…) and with all the rumors circulating about Chandler Riggs going to college and leaving the show one would suspect that he’s probably next in the batters box (I used a baseball metaphor instead of “the ole chopping block” because I like my metaphors to be relevant), but I’m not buying it. The school he’s going to is close to set and I could see his role maybe taking a back seat, but I stand by my theory that at some point The Walking Dead will become Carl’s story. Yes you can groan all you want but you have to admit that Carl has come a long way from being the boy who would never stay inside the house to being the young man who leaves his baby sister behind and sneaks on to a truck to kill a tyrannical leader… okay, so maybe not a lot has changed but he has become less annoying since we discovered his love of pudding.

The thing we’re overlooking here too, from a story telling standpoint, is that Negan likes Carl. He finds something interesting and exploitative there and that’s why he hasn’t killed him. Negan could have easily killed him over having one of the guns of the Saviors but instead tried to mock him by calling him a future serial killer. Negan tried to break him by having Rick cut off his arm but Carl just calmly told his dad to do it. Negan could have killed him for pulling a gun on one of the Saviors but instead used his action as an excuse to take all the guns in Alexandria. These are three events where Negan easily could have dispatched with Carl but I think he sees something there. Maybe it’s the fight that isn’t in Rick or maybe he thinks he can break Rick even further by turning his own son against him, but there is something there and I’m curious to find out what it is. That’s why I’d argue Carl isn’t going anywhere for a while. 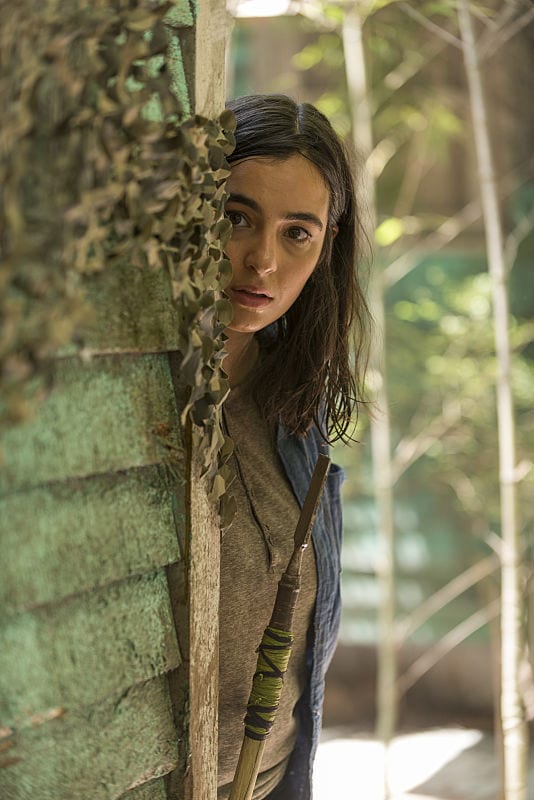 Now here’s the funny part, I don’t think tonight’s episode is going to have much to do with Carl and his trip to the compound (*gasp* but you spent two paragraphs talking about it? I feel so manipulated.). No you don’t I was just exploring some possible theories and now you’ve got your head wheels spinning and thinking “hmmm, he might be on to something” or you could be thinking “ugh, shut up man” and all of which is fine. That’s my job here. To spur thinking (also I’d like to be entertaining… I’m needy), but to circle back to what I was saying I don’t expect any resolution to the Carl story tonight. As I said at the start this season has done a good job of showcasing all of our important characters except two… Tara and Heath and that’s where I expect the majority of this episode to focus on.

I’m a big fan of Heath in the comics but found that his role in the show hasn’t matched his role in the comic. I expect that to start to change especially since we now live in a world without Glenn and Abraham. I’m not saying he’ll be the new Glenn buuuuut there is a spot open. As for Tara, I’m actually surprised that she’s survived this long. From the start I thought she was kind of one of those expendable characters that could go at any moment and she’s proved me wrong by becoming a well fleshed out secondary character. The only thing is I think we’re due for some heartbreak and she’s my leading candidate of person who could die tonight. I don’t know, just call it a feeling (and no this has nothing to do with my comic knowledge because Tara doesn’t exist in the books).

I just think that this season has done such an excellent job crippling our characters and showing how dominate of a force Negan and the Saviors are that it’s time to be reminded that this world is filled with other horrors (*ahem* zombies *ahem*) and that two people who are on a supplies run are highly at risk of getting eaten by one. And if it turns out to be Tara would it be a blessing as she doesn’t know that Glenn is dead? Would her death spare her from that heart ache? Which raises a interesting philosophical question, is it better to die not knowing your loved one is dead or to live and find out? Right? I hit you with some real heavy shiz today, but I’m also starting to ramble so I think it’s time we wrap this thing up.

I’m not entirely sure if I did a good job “previewing” tonight’s episode but I guess that’s up to you to say my Geeklings. Let me know in the comments below. Will Tara or Heath meet their end tonight? What do you think is going to happen to Carl? Does anyone else think we’re due for a character death? If you’re comment shy then feel free to find me on Twitter @iamgeek32 and we can chat there. Enjoy the show and I’ll see everyone tomorrow with the review!