Geeklings, I’m sorry. I’m not going to lie to you, I totally forgot I didn’t write this post. I blew it. I’m sorry. But I’m here now so let’s break down this episode.

This season has done a terrific job of splitting time between the various different locations in this new Walking Dead universe which is a fun sentence to write when you think allllll the way back to the earlier seasons where our locations were so limited. It was either a farm house or a prison or maybe Woodbury but this universe was seriously limited in locations. Now we have Alexandria, the Hilltop, the Kingdom, and Negan’s complex which are all pretty vast environments. And while this season has done an excellent job of letting most of these locations shine there has been the omission of one. The Hilltop.

The Hilltop is an interesting place considering that there are some serious important plot threads waiting to be discovered there. For starters there’s Maggie and Sasha. We haven’t seen them since the premier and physically she wasn’t in the best state, now we have to wonder how she’s doing mentally. The death of Glenn has the most serious impact on her (duh) when one considers she’s his wife and preggers with his child. This season of The Walking Dead has been all about resetting the board and changing character dynamics. Look at Rick who is the broken leader and Daryl who is riddled with guilt and a prisoner to the Saviors and his emotions. Those are two huge changes. What will the death of Glenn do to Maggie?

Well there are two obvious avenues to travel. There’s the Maggie folds in on herself and just wastes away because of her grief which is highly unlikely considering what we’ve learned about her over the last seven seasons. The obvious answer is she uses this death as a way to make herself stronger and rebuilds. Maggie is kind of a wild card here. If you remember during the premier she was the first character to openly defy Rick something that we really haven’t seen a lot during the course of this show. I think we’re on the cusp of seeing Maggie transitioning into a bit of a leadership role. The death of her husband can strengthen her resolve and make her one of the more important characters in this universe now. And not to beat a dead horse she made a very serious decision to go the Hilltop which couldn’t have been easy. Look for Maggie to start making some new waves. 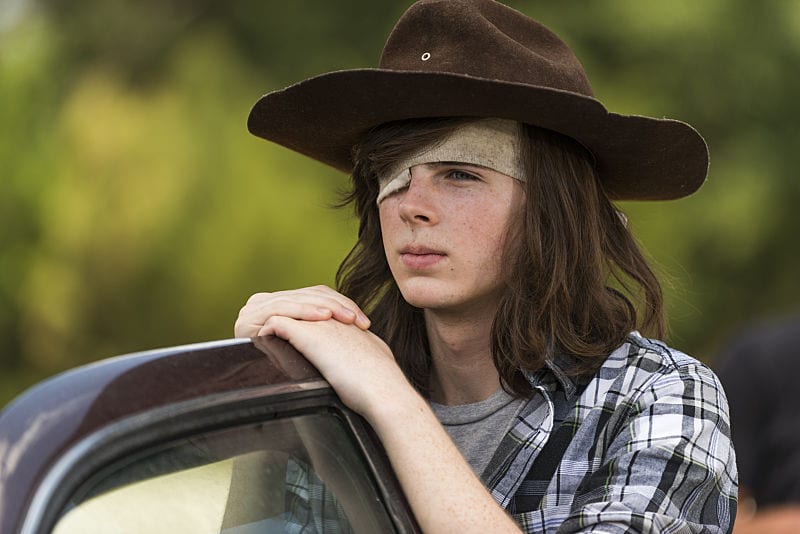 Here are some other things to keep an eye on.

Again, sorry this preview is so late and brief. Just wanted to get it out there. I promise to make up for it with the review tomorrow. Happy viewing!

Images and images from AMC