I don’t know about you Geeklings but I have been thoroughly enjoying the pacing of this season of The Walking Dead. With the premier we got our answers (and then some) thus putting to bed the season six cliffhanger, this was followed up by avoiding that story all together for a much need reprieve from the bleakness as we learned about the Kingdom, and after that we slightly picked up the Negan story line again while focusing more on Daryl and Dwight. Thus far season seven has done a good job of setting up the board and now it’s time we start to move some pieces around. It’s hard to believe that we haven’t seen Rick and company since the premier and maybe that’s because the images of his defeat are still trying to fade from our eyeholes.

What should we expect this week? For starters this episode will be longer (I believe 90 minutes) which I can’t help but find interesting. This will be our first experience with our survivors and the Saviors as they start to work alongside each other. Of course by work alongside I mean our survivors give the Saviors half of their goods or they die. Classic cooperation and team work, right? But what could possibly be going  down that needs to extend this episode? That’s what I find most curious and there’s a part of me thinking that something awful is lurking in the corner, and I can’t quite figure out what it is. There’s always the possibility that the people of Alexandria try and revolt and battle the Saviors as soon as they enter, but that doesn’t seem very likely. In the trailer Rick holds a town hall meeting where he tells everyone he’s not in charge any more. Last I checked that’s not really the best way to rally the troops.

There’s the possibility that Negan comes to collect and isn’t happy with what he finds. I’m not entirely sure how much time has gone by since the premier, I want to say that Negan said he would be back in two weeks to collect (?), so what has Rick and company been doing? Have they been plotting or have they been kind of staring at the walls in shock? Despite how serious Negan is there’s a part of me that believes Rick still doesn’t get it. The arrival of the Saviors could be a whole different type of defeat. It’s one thing to lose two of your group members in horrific fashion but what do you do when the Saviors come to make good on their agreement. Half of your supplies is a lot especially if your supplies could possibly be thinning. Do I think Rick believes Negan is making an empty threat? No, but I also don’t think Rick really understands the gravity of this agreement. How long can the people of Alexandria be expected to survive when half of their goods are going else where? At what point does this reality force Rick into taking action? One has to believe at some point he’s going to shake the shell shocked feeling and respond… right? I refuse to believe that Rick is completely broken beyond repair. I mean, he’s Rick Grimes. 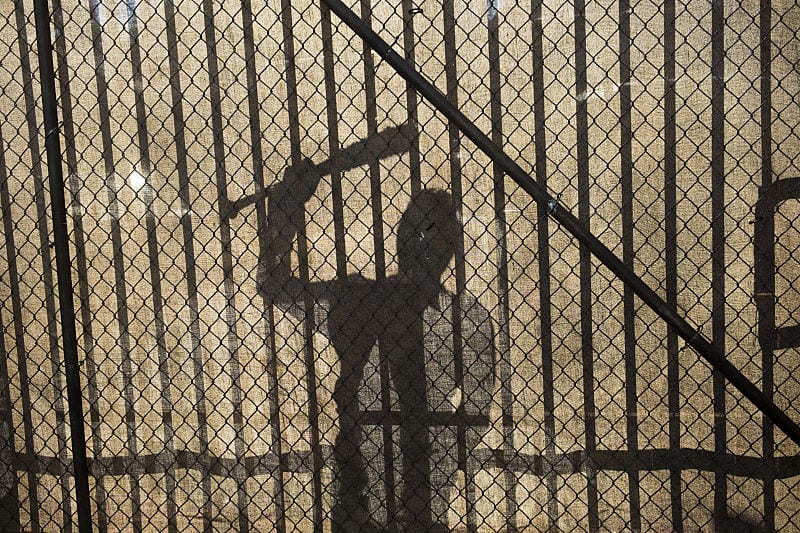 Then again, what do I know (some things #comicbooks)? I figure Negan is going to make another statement of authority tomorrow and a good portion of that is the Daryl factor. It is clear Negan is bringing Daryl along like some sort of trophy to waive in front of Rick. It’s his way of saying “look I still have your guy and there’s nothing you can do”, but I think it also works as an attempt in the continued mission to break Daryl Dixon. Daryl so far has still maintained his identity and watching his friends suffer could make him conform to the Saviors way of life. Or maybe, just maybe, Negan is bringing him along to punish in front of Rick and the rest of the crew. I’m not saying that he’s going to kill Daryl, please no, but it would be another display of power to punish him in front of his friends. A method used to put the kibosh on any thoughts of rising up.

And what is Michonne doing with that sniper rifle? My immediate thoughts is that she will be fully taking over the Andrea roll from the comics (for those of you wondering Andrea is very much alive when Negan arrives and sucks way less in the comics). Could she be doing something rash without talking with Rick? Is it possible that Rick has lost that much control over his crew? I’m not sure if I’m buying that theory just yet but it is possible. You know, stuff to think about.

There you have it Geeklings. A brand new episode of The Walking Dead airs tomorrow and if you’ve got theories, thoughts, or concerns the comments are all yours. If you want to continue talking The Walking Dead with me you can find me on Twitter @iamgeek32. I always want to hear what you guys are thinking. I’ll see you tomorrow night with the episode review let’s just hope all our friends are around after the 90 minutes are up.