Well, here we go. The mid-season finale is here which means we’re on the cusp of a couple of zombie apocalypse free months and the ending of, arguably, the best first half of a season in Walking Dead history. Outside of one hiccup (the Ocean Side episode), season seven, has been firing on all cylinders. The story telling has been tight and precise. The character development has been tremendous and gut wrenching. And the show has finally presented us with a villain who brings domination and a legitimate power shift (#emmyfornegan). So, how do we end things tonight? How do we set the board for the second half of the season? Well, considering that this is The Walking Dead, I’m willing to bet in pain and death… and maybe the re-emergence of Rick Grimes. Perhaps? Just a little? A glimpse?

Negan currently finds himself in Alexandria playing his perverse game of house with Carl and Little Ass Kicker as he waits for Rick to return from his supply run, and tension is rather high. Rick and Aaron have no clue that Negan is waiting for them upon their return, and one has to hope that if they find a weapons cache that they’re not stupid enough to bring it back to Alexandria. I say just leave it a mile or two down the road. The very fact that Rick is thinking about getting weapons shows that all the fight hasn’t been sucked out of him despite what all of his glassy eyed expressions have displayed this season. One can hope that he’s been waiting for a window of opportunity to present itself before starting to construct a plan to hit back at the Saviors, but with the way things have been going lately we have to wonder if there’s anything that can be done. Negan has dominated the first half of this season at every turn and Rick and Company are in a situation we’re not accustomed to seeing them in. Defeated.

Despite that our group of survivors have a lot of things in motion that seem destined to back fire in their faces. Rosita has her single bullet and an actual opportunity to use it on Negan. Michonne is on her way to the compound to seek Negan and possible vengeance. Darly has the possibility to escape thanks to a mystery note. But instead of feeling hopeful about these plans (or rash decisions) I can’t help but feel dread that none of them are going to go off. Negan has been ahead of the game at all turns and I haven’t seen anything that would make me feel otherwise yet.

If I was going to throw a theory out there for you to chew on, I would go with Rosita trying to use her single bullet and failing which would call upon the wrath of Negan and Lucille. I fully believe that he’s in Alexandria right now to flex his muscle and show how compassionate he can be. “Your son killed two of my men but I brought him home safe to tell you about it, and to make you feel like a shitty dad”. I really believe that’s all he wants to do but once someone tries to kill him, well the gloves are off and it’s time to make another example. The trailer shows Rick with that famous “I can’t believe I’m losing again” look and it could be a safe assumption that’s because the vampire bat gets a drink tonight. Just an idea. It’s the mid-season finale so you know something is going to go down. My money is on Spencer or Eugene. I don’t want it to be Eugene but I’ve got a funny feeling. Hope I’m wrong. 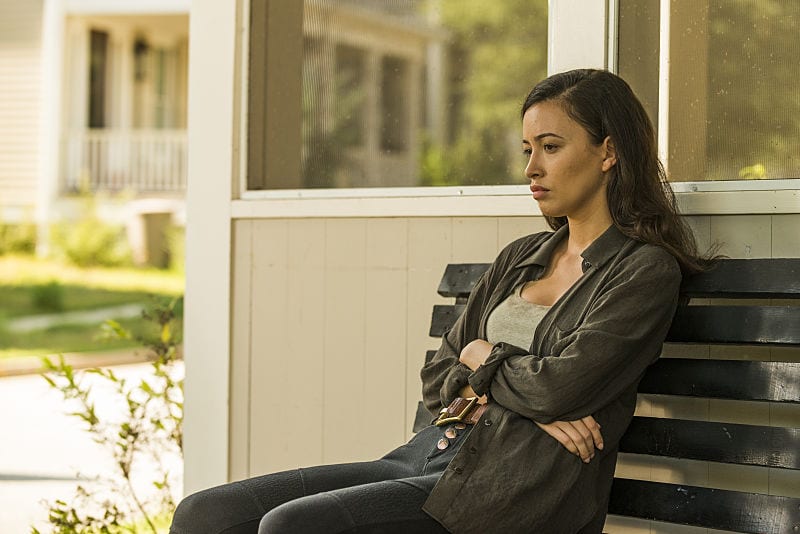 On top of all those moving parts we have to start figuring out what’s going on at the Hilltop and the Kingdom. These two locations have been very quiet since their specific episodes and it’s about time that we bring them into the fold full time. If Rick and Company are going to have any chance of defeating the Saviors they’re going to need help (or a tiger) and maybe an uprising between colonies can do the trick. One of the few complaints I have with this season is how the show has not worked in a way to include different locations in episodes, something that Game of Thrones balances excellently. My hope for the second season is to expand the story telling to different locations so we can hopefully start to see the birth of a rebellion.

What do you think Geeklings? There hasn’t been a lot of death this season outside of the premier (which I would argue was quite enough) which makes me believe that we’re due. But who could it be? Will we see the re-emergence of Rick tonight or will he continue to be act battered and broken? Can Daryl actually escape or is this another test? Sound off in the comments below and as always you can find me on Twitter @iamgeek32 if you won’t to talk about tonight’s episode. I’ll be watching a little later tonight because my New York Giants have a huge divisional game against the Cowboys. I’ll see everyone tomorrow with the episode review, happy viewing!