Rebellions are built on hope, and while this is the tag line for Rogue One it also rings true for last night’s mid-season finale of The Walking Dead. Hope is something we haven’t seen a great deal of this season, as a matter of fact, I don’t think we’ve seen any of it. Throughout this first half of the season we have been in uncharted territory as we’ve watched the characters we’ve fallen in love with, over these last six seasons, get put through the ringer, time and time again. It has not been easy to watch but it has been compelling. One of the man themes of Westworld was that extreme grief/suffering leads to break throughs and strength, and if we can apply that philosophy here to The Walking Dead then maybe we’re on the verge of seeing something we haven’t seen in quite some time. A group of survivors who have suffered greatly at the hands of one man, and are ready to start pushing back. 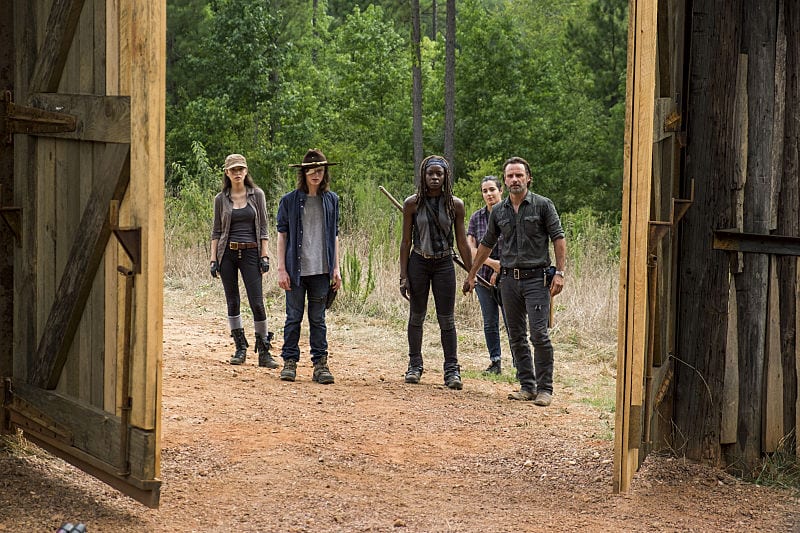 Last night’s episode, titled “Heart Still Beating”, was okay at best. It never felt like it carried the importance or cliffhanger-ness (not a word but is now) that the majority of mid-season finales hold. Honestly this could have been any episode of The Walking Dead but because it came with the mid-season finale tag I think it added a little un-needed pressure to the episode. Which is a shame considering just how good this season has been on it’s own. We got more of the same last night as Negan’s stay in Alexandria was a wee bit stressful and opened the doors for some characters to seize opportunity, and in both cases (talking mainly about Rosita and Spencer here) those opportunities were better left on the shelf.

Let’s start with Spencer who believed since there was no Rick in town that Negan and he could become best friends. Don’t get me wrong, booze and pool are great ways to bridge gaps and form friendships, but you probably should know what you’re doing before you try to get into bed with someone who has been ahead of the game this whole time. Negan, to his credit, plays along with everything Spencer says and and even lays on the best friend status, but the whole time he’s clearly waiting for Spencer to hang himself. Say what you will about Negan. He’s harsh, violent, a bully, but he’s not dumb. He knows how things are supposed to work which means if there’s one person who is thinking about rebelling then that person needs to be shut down before that way of thinking can spread. These people are no good to him if they’re fighting each other.  Negan gets that Rick is crazy town banana pants but also knows that he has his number. He’s beaten Rick at every turn and now Rick is out there doing his job like a good little solider. Spencer suggesting, or maybe it was more like alluding to, the fact that Negan should kill Rick is a spoke in the wheel. Spencer wants to be chummy and play pool and have drinks, which is all well and good, but Rick is a scrapper and a survivor. Negan has no need for a buddy, hence, why he kills Spencer. Which, if you read my preview column, you will see is something I thought would happen (#humblebrag) which made me feel all clever in the moment. Sadly, when I thought about it some it dawned on me that I wasn’t so clever, I just subconsciously remembered what happened in the comic. As soon the scene started to develop on screen I had one of those “oh yeah” moments. So, sorry if my theory was an accidental spoiler. My bad.

Now the death of Spencer lead to our second seized opportunity, Rosita and the bullet. A couple of scenes prior Rosita and Spencer had one of those moments where they agreed to shift away from the friends with benefits role to maybe have dinner and try and get to know each other role. See folks, dating in the zombie apocalypse sucks too. Any time something like this happens it seems to raise a flag that someone is going to die, and sure enough it was Spencer (no loss there really. Am I right?). His death lead to Rosita acting rashly and pulling a gun and shooting at Negan. No hesitation. No real aiming. My girl just went for it… and failed. Actually, she hit Lucille, which was probably worse for her (which I believe it was Carl in the comics who shoots Lucille, but not 100% on that. Fellow comic nerds help me out here). 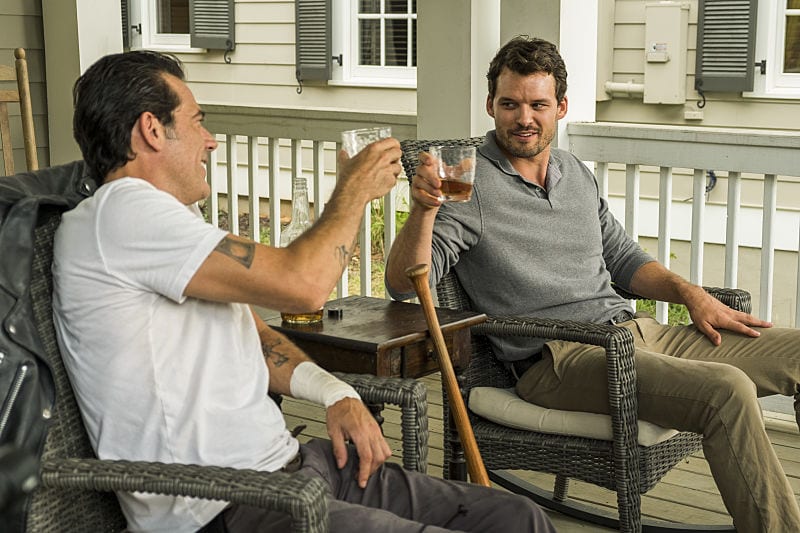 Rosita actually had a really big episode here, as we learned that she not only wants to pull the trigger for revenge but because she believes that she doesn’t bring anything of value to the table. That’s a pretty sad way of thinking and added some much needed depth to the character. The scene between her and Father Gabriel was quite excellent, as he continues to show his worth by telling her she’s not only valuable to the group but needed. The talk actually seems to work too, well, until Negan guts Spencer. Rosita does not do a good job of weighing the consequences of her actions and her rash decision gets Olivia killed and Eugene kidnapped. Way to go Rosita! Should have listened to everyone’s favorite creepy priest.

All of those events though seem secondary when compared to the last shot of the episode. It had a very Empire Strikes Back feel to it. Daryl, with the help of Jesus is now at the Hilltop free and in desperate need of a hair cut (seriously, how does he see?!) with Sasha and Maggie, who is slowly becoming in charge. There was this great feel of getting the band back together filled with the love that has developed between these characters over years. It was a great moment for the show, and it was just as awesome seeing Rick put that six shooter in his holster. Whatever the second half of this season brings it’ll have our survivors doing what they do best, fighting not only to survive but for their freedom as well. Things are going to get ugly.

Some other quick notes: 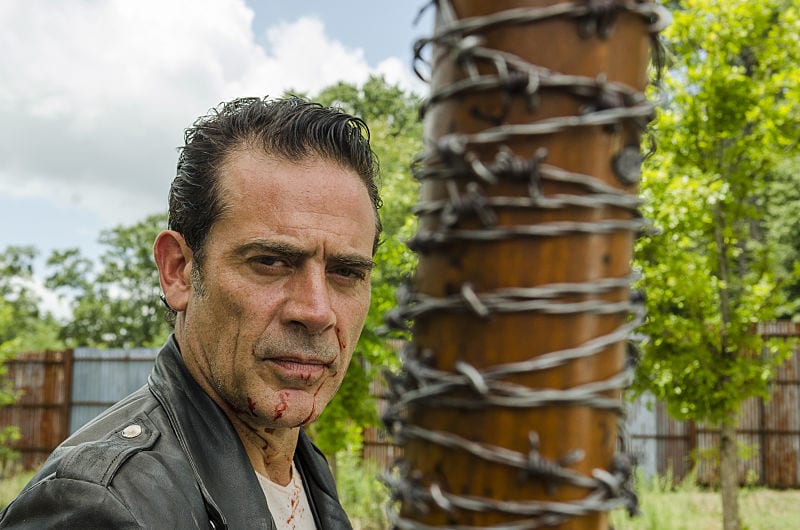 There you have it Geeklings. We have steam rolled through this first half of the season. What are your thoughts so far? Have you enjoyed the reign of Negan? Are you excited to see Rick willing to fight again? Do you think they have a chance? Sound off in the comments below or you can find me on Twitter @iamgeek32 if you want to have more in depth Walking Dead discussions. Until then my friends, see you back in February and prepare yourselves. I think we’re going to war!