Australia, the dead are coming.

Walker Stalker Convention formally announced its SECOND overseas venture on Saturday. Walker Stalker Con is heading to Australia! The event already has many shows across the US as well as in London.

The first Australia show will take place in Sydney on February 3rd and 4th, and will then shoot over to Melbourne for the 10th and 11th.

Here’s who is confirmed for both events so far: 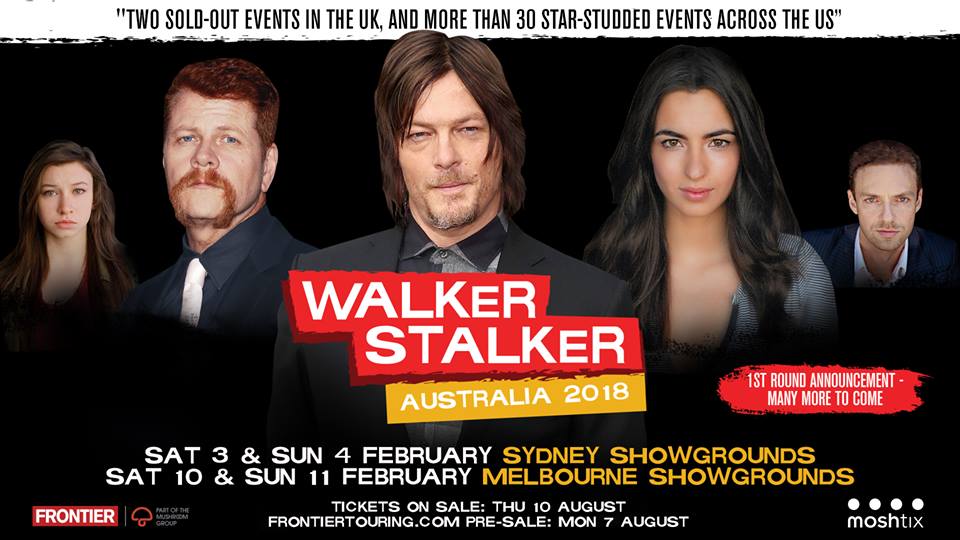