“Black Panther: Wakanda Forever” unveiled another glimpse of the forthcoming movie on Monday with a new trailer.

The new trailer for Marvel’s latest film features many well-known characters joining forces once again. Wakanda partners up against Namor, played by Tenoch Huerta, who is the king of Talocan– an underwater kingdom.

“His people do not call him general or king,” M’Baku, played by Winston Duke said in the trailer. “They call him K’uk’ulkan: the feather serpent god.”

Chadwick Bosman, a previous ‘Black Panther’ actor, wins an Emmy Award after his wife accepts on his behalf following a tragic death.

Even though Wakanda’s king, T’Challa (played by the late Chadwick Boseman), isn’t around anymore, his fellow countrymen are still managing to do well.

At the trailer’s conclusion, an individual in a “Black Panther”-like suit is seen wearing a Boseman-like outfit. 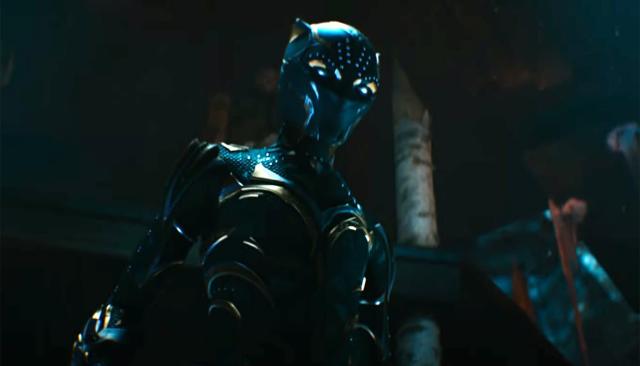 Ahead of the film’s November premiere, Marvel has released two trailers. Following Boseman’s death in August 2020 after a private battle with colon cancer, the tale of “Black Panther” will continue. He was 43 at the time.

The first trailer for “Black Panther: Wakanda Forever” was debuted at the San Diego Comic-Con in July. The film will follow T’Challa’s remaining family as they appear to adapt to his death, according on the trailer.

While at Comic-Con, Ryan Coogler discussed the death of Boseman. The two had worked together on “Black Panther”

“It’s going to be hard to follow that up, but we’ll try,” Coogler added. “It’s been five years since I was here. I sat about there and we premiered the first footage from ‘Black Panther 1,’ and sitting next to me was our T’Challa, the late great Chadwick Boseman.”

In addition, Coogler gave details about what to expect from the forthcoming film. He said it will be explore new Wakandan territory as well as offer insights into other parts of the Marvel Cinematic Universe that have yet to be explored.

“Black Panther: Wakanda Forever” will be in theaters on Nov. 11 in the U.S.. Check out the new trailer below!