The ongoing legal battle between Vic Mignogna and Funimation is now resolved. Texas State District Judge John P. Chupp issued his ruing and a judgment on the matter that Mignogna must pay $238,042.42 in attorneys fees and sanctions after losing the lawsuit.

In November, Funimation had filed a motion for attorneys’ fees, costs, and sanctions for the lawsuit. Funimation, Rial, Toye, and Marchi’s requested attorneys’ fees and costs totaling $507,879.55, and an additional $175,000 in sanctions, Anime News Network reported.

Funimation issued a statement in February:

“Everyone, we wanted to give you an update on the Vic Mignogna situation. Following an investigation, Funimation recast Vic Mignogna in Morose Mononokean Season 2. Funimation will not be engaging Mignogna in future productions. Part of our core mission is to celebrate the diversity of the anime community and to share our love for this genre and its positive impact on all. We do not condone any kind of harassment or threatening behavior being directed at anyone.”

As Anime News Network reported, Mignogna had been accused by a number of con attendees of kissing and embracing them without consent. These allegations spread throughout social media. Fellow voice actors publicly issued their personal experiences with Mignogna or support for those speaking out via social media, which resulted in the lawsuit being filed.

What are your thoughts on the lawsuit and Vic Mignogna? Let us know in the comments below. 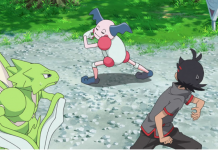 Pokemon: Ash’s Most Surprising Catch Yet