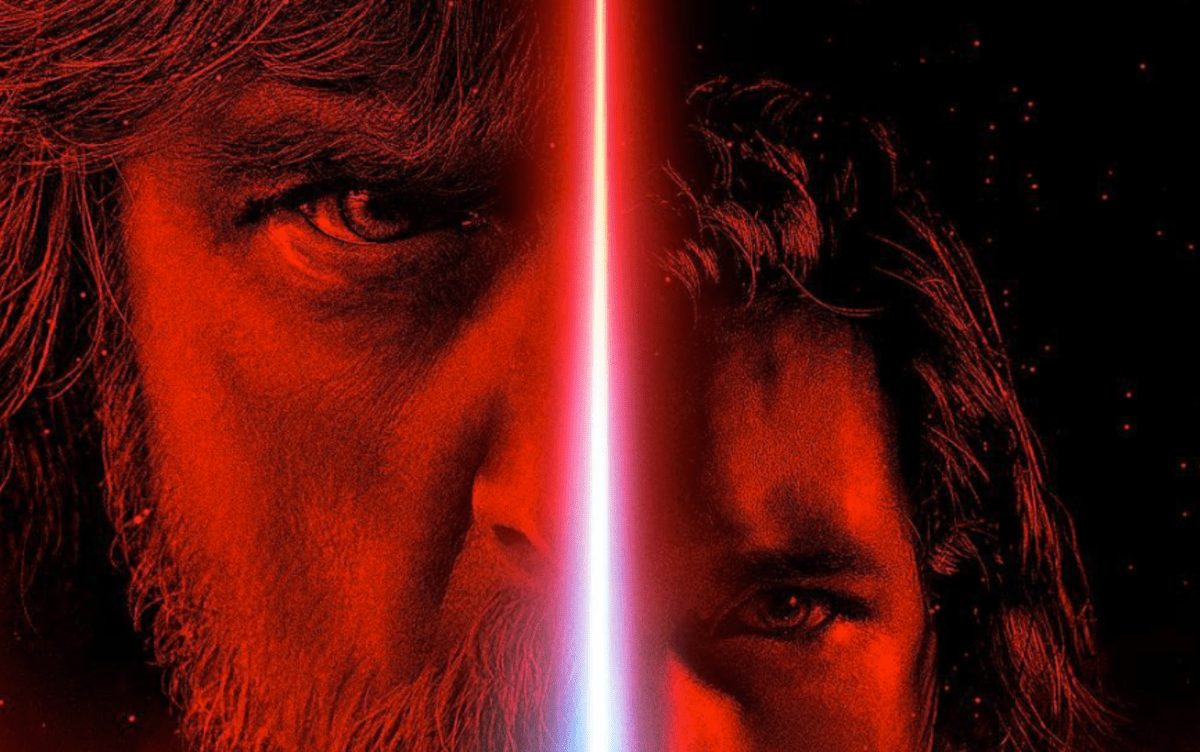 What better way to kick off your Tuesday than with some teaser photos of The Last Jedi?

Vanity Fair has released four exclusive covers featuring Luke and Rey, Poe and Finn, The First Order, and the late Carrie Fisher as General Organa. The covers come just in time for Star Wars’ 40th anniversary, taking place this week. While this is the newest look at the upcoming film since last month’s Star Wars Celebration in Orlando, the photos do not reveal anything huge, except to give us a first look at Kylo Ren’s new outfit and scar as well as Poe and Finn’s new costumes. Check them out below! 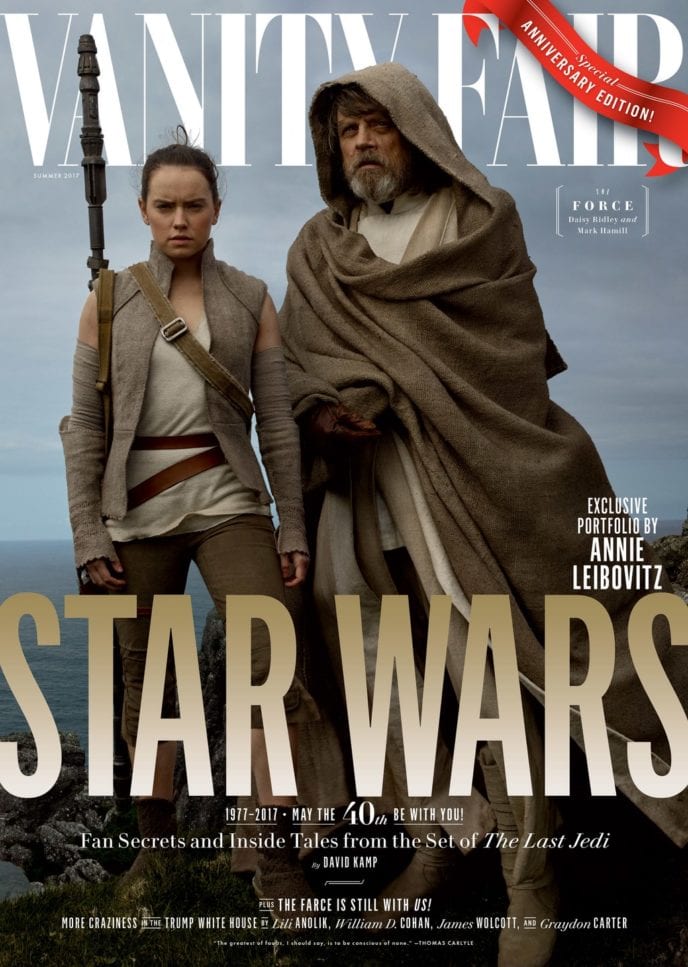 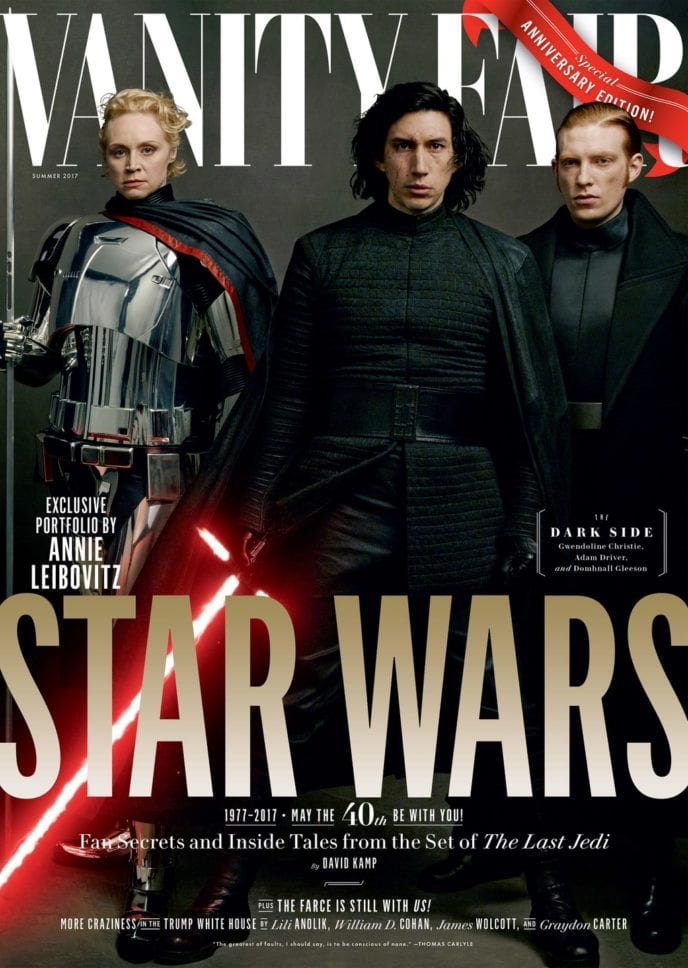 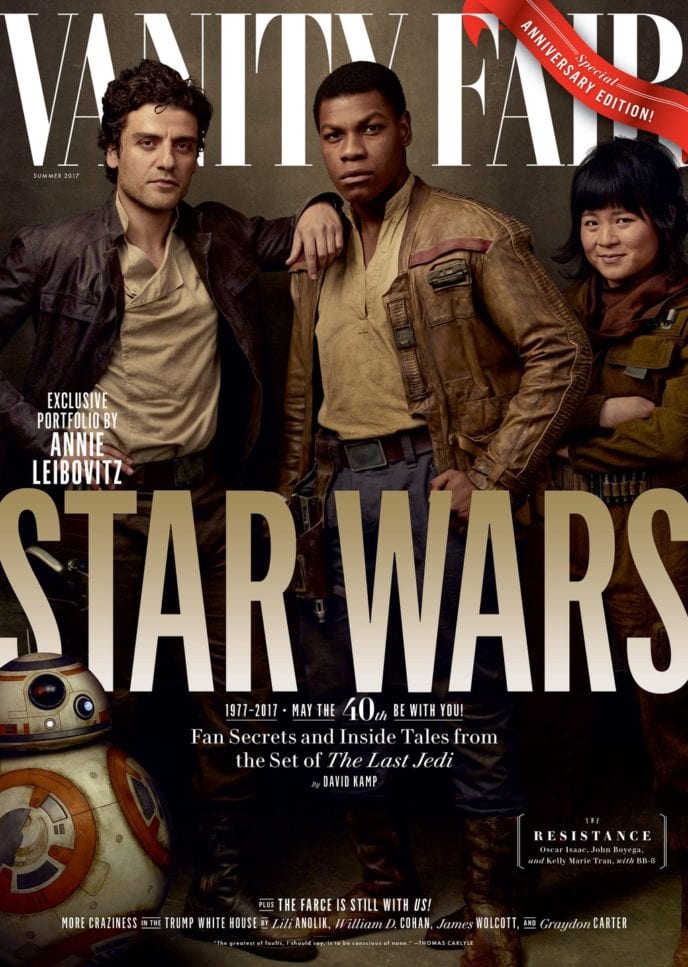 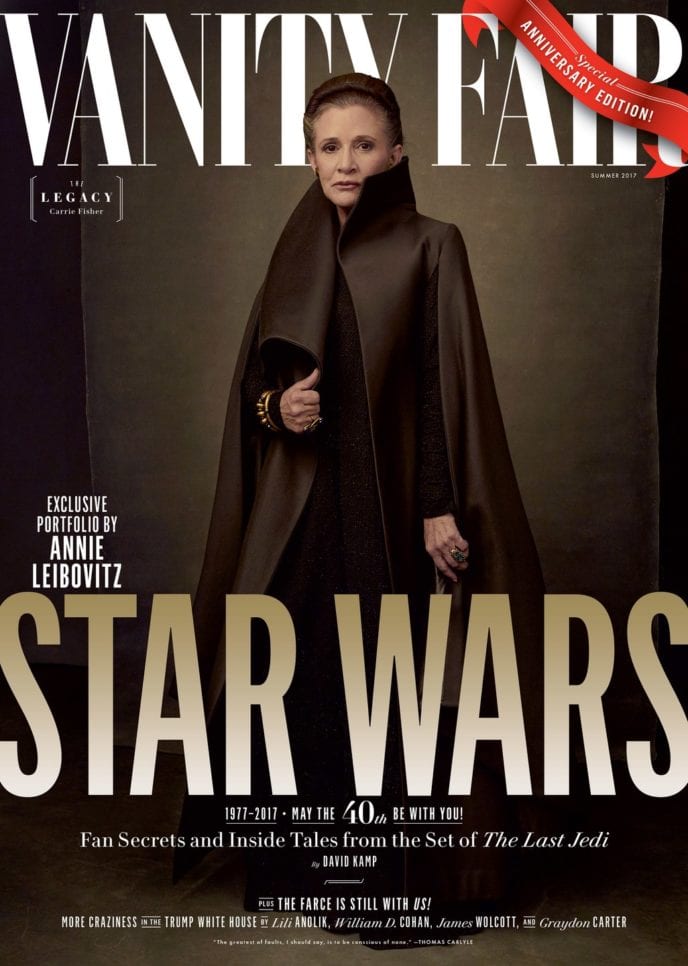 The issues hit newsstands in New York and Los Angeles on May 31st and will be released nationally on June 6th.