While we still miss Steven Yeun immensely on The Walking Dead, his new project looks fantastic!

Titled Mayhem, the film centers on attorney Derek Cho (Steven), who must fight tooth and nail for both his job and life after a mysterious virus is unleashed within the company, on the same day he’s framed for corporate espionage. Check out some brand new images of the film – featuring Steven front and center – below: 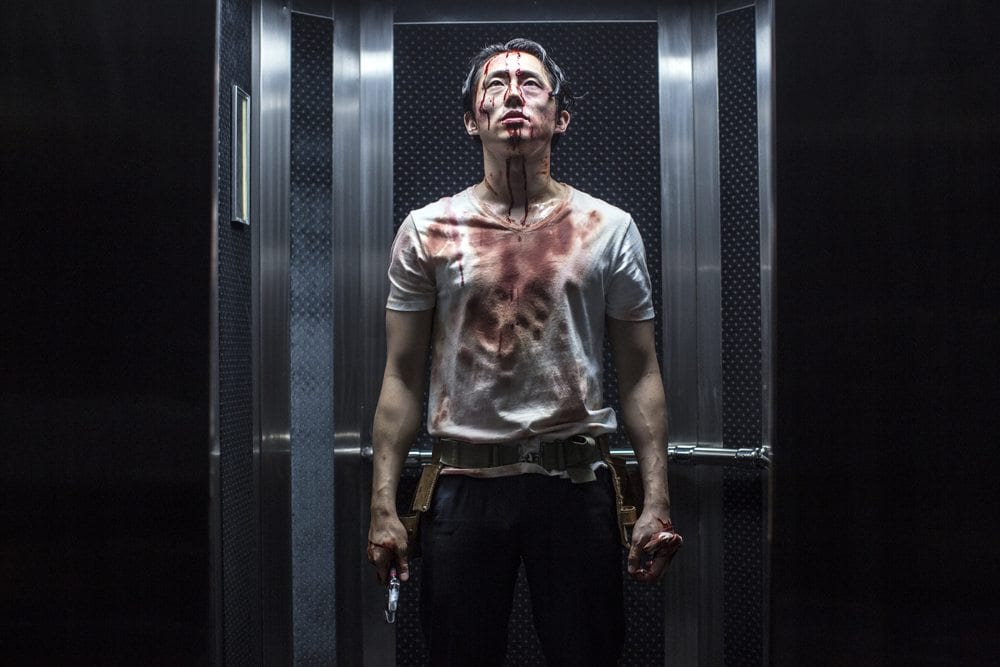 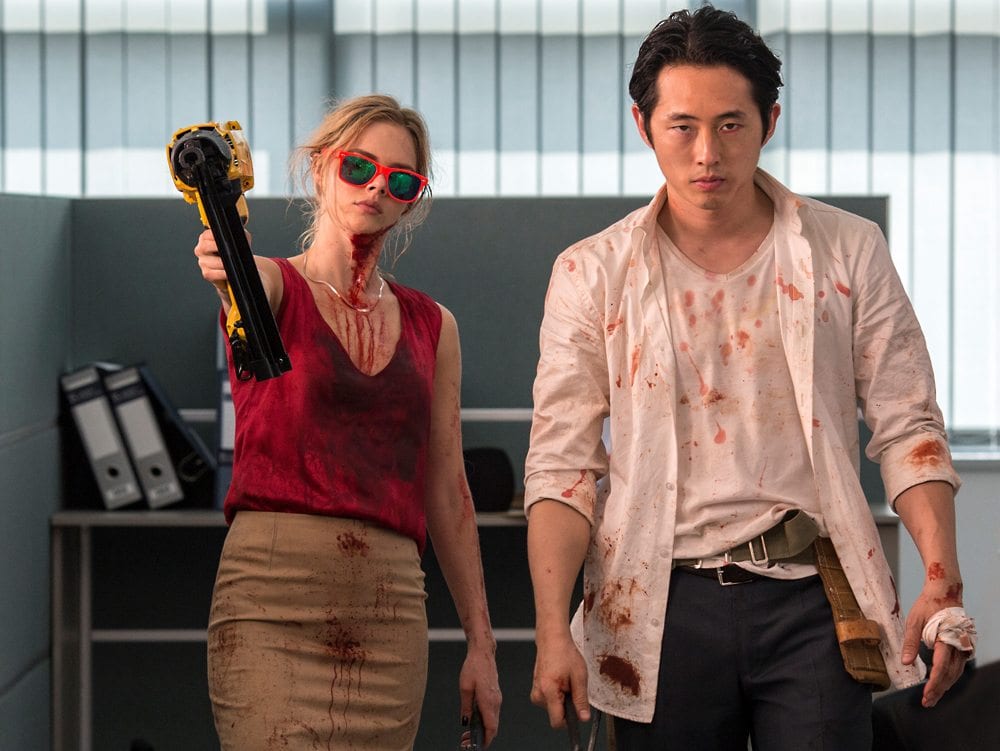 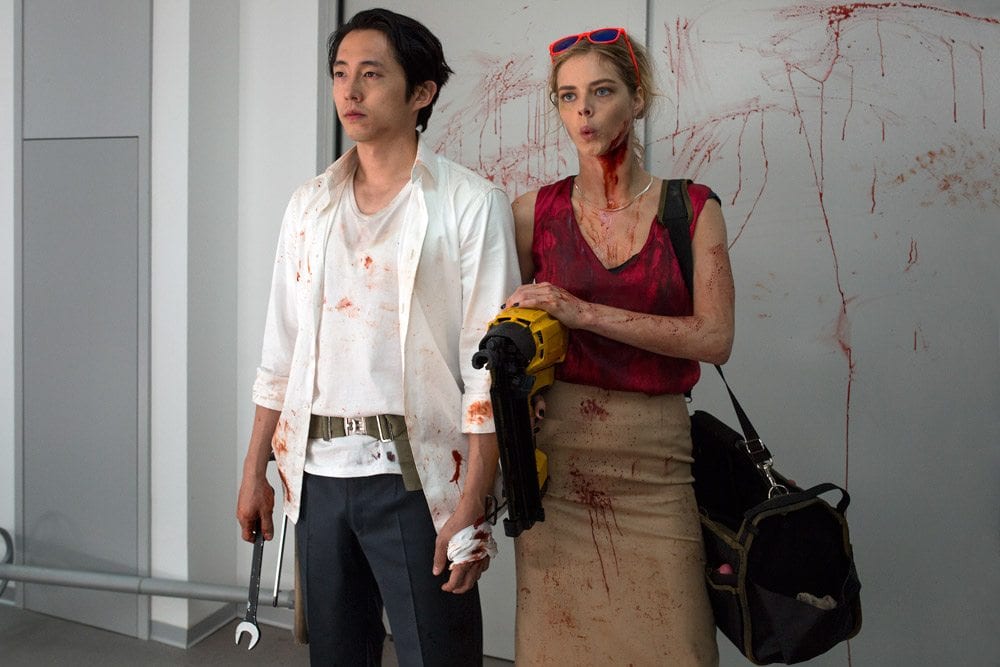 Also starring Samara Weaving, Steven Brand, and fellow Walking Dead actor Dallas Roberts, Mayhem will screen at the UK’s Fright Fest before having a brief theatrical and Video on Demand release later this year and finally landing on the horror streaming service Shudder in early 2018. Steven can currently be seen in Netflix’s Okja as “K”, alongside Tilda Swinton, Lily Collins, Paul Dano, and Jake Gyllenhaal. His future projects include The Star and Chew – currently in post-production.