Daisy Ridley is taking on Hamlet and she looks fantastic!

Along with Naomi Watts, Ridley is leading the cast of Ophelia, playing the titular character herself. A new take on Shakespeare’s story, the film is “set in the 14th century but spoken in a contemporary voice,” said producer Daniel Bobker. “There’s something extra precious in bringing to life a treasured female icon, celebrated for centuries as an alluring figure in the shadows of Shakespeare’s most famous work, without ever really having her own story told.”

In addition to Ridley and Watts – who will play Gertrude, Hamlet’s mother and Queen of Denmark – the film’s cast includes Clive Owen, who will play Claudius, with George MacKay as Hamlet, Tom Felton as Laertes. No release date for the film has yet been set. You can view the image of Ridley below, courtesy of The Hollywood Reporter. 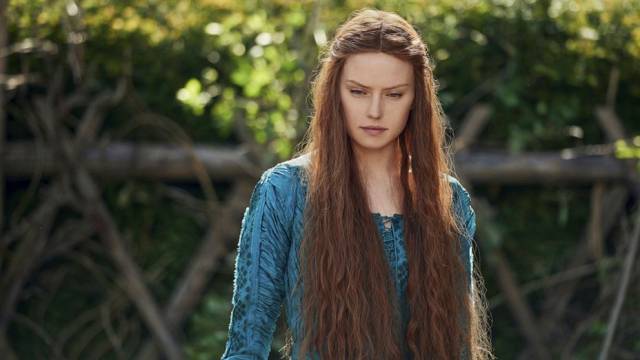