Venom: Let There Be Carnage dropped its first trailer, finally! Fans are loving the first look they’ve gotten at Woody Harrelson‘s Cletus Kasady. We see him go full Carnage in the trailer too! To go along with the trailer Sony also release a Venom: Let There Be Carnage official poster! This posted makes it all too clear that Venom and Carnage will be coming to blows in the new film!

Truth be told we probably should have gotten trailers and posters a loooong time ago, but the pandemic really screwed it up. Because of the constant delays, it’s pretty clear that all the marketing for Venom: Let There Be Carnage was pushed back. Now, with a new release date looming on the horizon, Sony decided it was the perfect time to tease us. We’re glad they did!

For the record that release date is this September! With Sony releasing the marketing for the film it’s unlikely the film will be delayed again. At least, that’s what we think. The company is obviously confident enough in the release date to give us a trailer and poster! 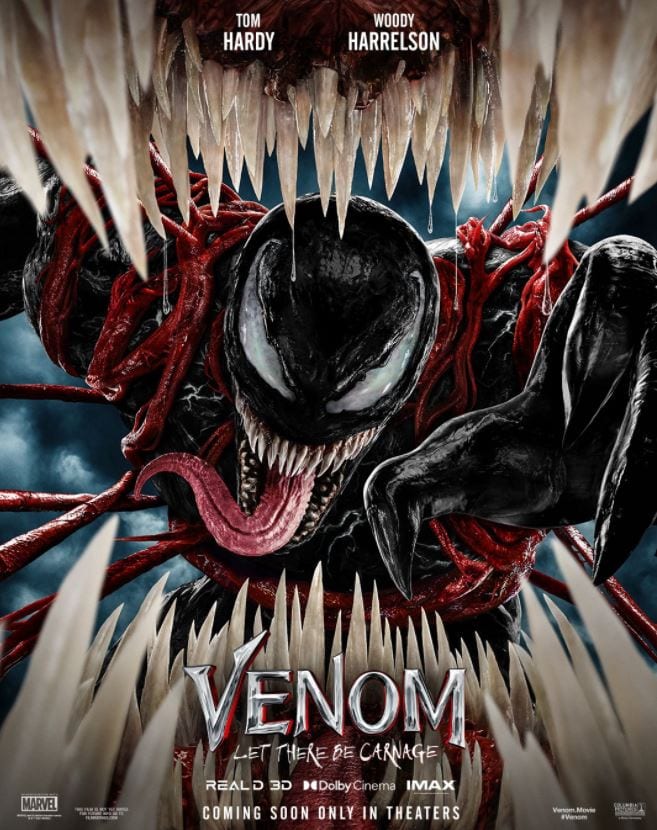 If the shenanigans of the first Venom film had you loving the film, the newest trailer will certainly hype you for its sequel Venom: Let There Be Carnage is obviously leaning into the insanity that the first movie brought! For crying out loud, Venom cooks breakfast in the new trailer and it’s hilarious!

The Tweet Sony posted of the poster was pretty great too. “Opening Wide” while talking about the release of the film. We caught what you did there, Sony. You can’t trick us!

Fans wanting to see Spider-Man crossover with Venom will still have to wait a while, most likely. Though it looks like there may have been some Spidey references in the trailer, the universes are still separate as far as we know. This could change at any time, however.

Venom: Let There Be Carnage arrives in theaters on September 24th.

Home » Uncategorized » Venom: Let There Be Carnage Official Poster! Finally The Venom Sequel Has A Poster!